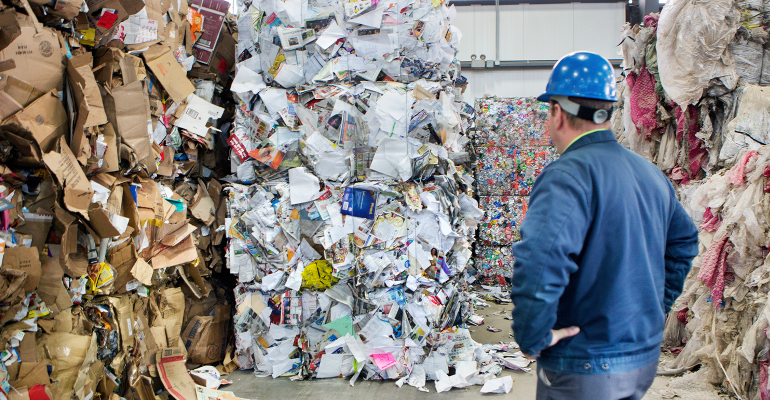 Since then, two other iterations of the document have signaled the importance of the material reuse and recycling market. The initial project began as a cooperative agreement between the agency and the National Recycling Coalition.

"This first report tried to answer the question of does recycling have any economic benefits," said Lawrence Doppelt, EPA economist during a recent virtual event for the Northeast Recycling Council (NERC).

The information provided in REI reports provides a non-partisan, impartial glance into the recycling industry in an effort to engage local and state stakeholders and identify investment opportunities. While only three reports have been released, each one has included updates intended to dive further into the data available.

"It gives us a more wholistic and realistic scope of the entire recycling process," Doppelt said.

Source data for the most recent 2020 report was derived from benchmark input-output tables released by the Statistics of U.S. Businesses (SUSB), which is released every five years in conjunction with the Economic Census. Data is collected from businesses of all sizes across the country.

"These essentially aims to track the monetary flows of business services across industries," he explained. The data includes both the consumption of raw materials and the production of a final end product or service.

The analysis of the data shows both the direct and indirect contribution the recycling industry has on the overall economy from job estimates and wages to tax revenues.

While there are no methodological differences between the 2016 REI and 2020 reports, the source data differs. The 2016 document reflects figures from 2007 while the 2020 update examined data from 2012. Because the process of releasing this data occurs every five years, 2017 figures are expected to be released in December 2021. Doppelt said a new REI report will be generated once the information is available.

"As long as [SUSB] continue to post and report [the input-output tables], we'll continue to use it to update REI," he said.

Direct activities related to the industry refer to "those associated with the transformation of recyclable materials into marketable products." Indirect activities comprise of the collection, sorting and transportation of materials.

"While the Bureau of Economic Analysis (BEA) data contain information on economic transactions between different industries, they don't have specific transactions that involve recycled material," he said. "Separating those transactions from the normal transactions are difficult."

Non-ferrous and ferrous metals as well as C and D are the "most significant" sectors in terms of economic impact, Doppelt indicated. 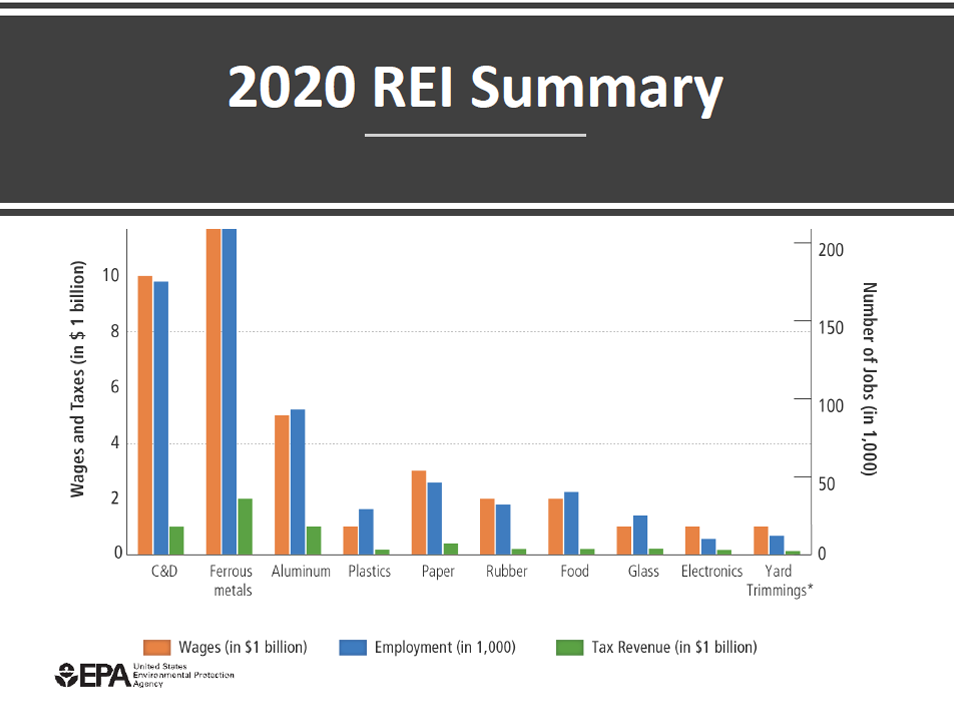