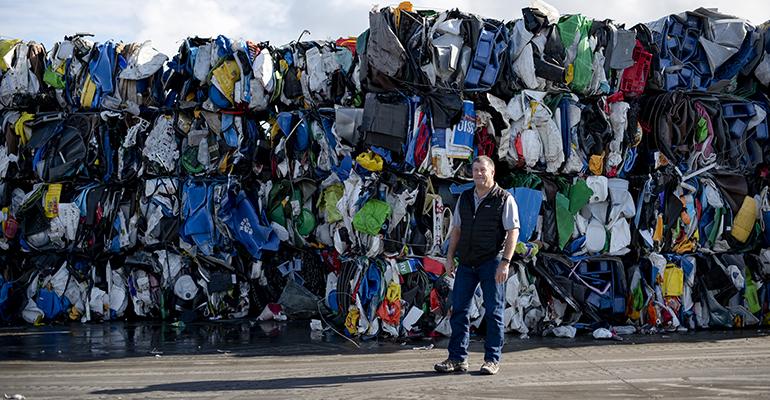 The less-told story is that California, like other states, is feeling the pain of a persistent, downturned commodities market streak.

When we hear California’s waste management story, it’s typically about how this West Coast state is ahead of the curve, with recycling rates well above the national average. We hear of California’s ambitious targets and laws to divert from landfill and cut greenhouse gas emissions. And we hear of its forward-thinking programs to achieve these goals, from robust curbside organics collections to its bottle redemption program and various producer responsibility initiatives.

But there’s a less-told story: California, like other states, is feeling the pain of a persistent, downturned commodities market streak. The pressure is especially on as it nears two major targets: 75 percent recycling by 2020 and a 50 percent increase in organics diversion (over 2014 levels) by 2022. Meanwhile, California’s recycling rate is declining, hovering around 42 percent.

A few of the region’s materials recovery facility (MRF) operators share from the trenches how they struggle to stay in front of these rigorous policies and goals. This, while they take on trials familiar to the whole industry: impacts of cheap fossil fuel and China’s crackdown on exports.

SB1383 calls for a 75 percent reduction in organics disposal by 2025 from 2014 levels, and it’s one of the industry’s biggest challenges, says Tom Vogt, state president of California Refuse and Recycling Council and vice president of operations at Burrtec Waste Industries.

In fiscal year (FY) 2017-18, CalRecycle awarded $24 million to 10 entities to expand capacity to manage organic waste. But complying with SB1383 would cost more than $20 billion for MRF infrastructure, composting sites and other processing facilities. In addition, there will be extra cost for manufacturing infrastructure to offset the impact of the deteriorating Chinese markets, according to Vogt.

Arming themselves for heightened expectations, MRFs are rolling out commercial organics collections, investing in bins, automated containers and expanded routes. 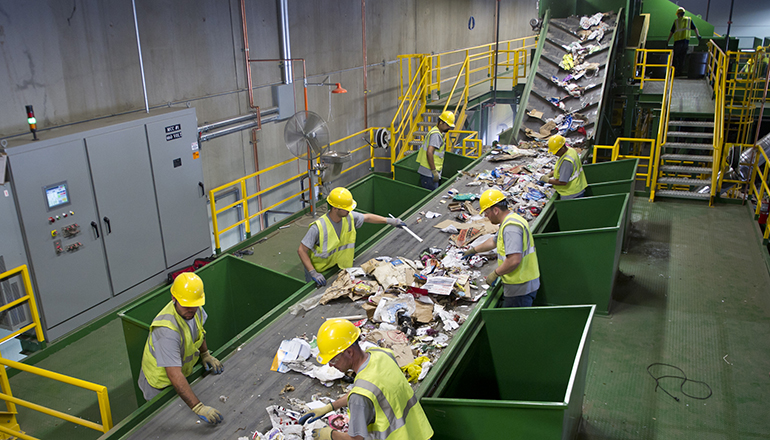 Some MRFs have onsite composting or anaerobic digestion (AD) facilities. Or they may haul to wastewater treatment plants for AD. Some may go to a third-party AD facility and pay a tip fee. And, increasingly, they will take on these processing roles and expenses, says Vogt.

At Burrtec, which does onsite composting, food waste is broken down, contaminants are ejected and material is made into a slurry and transported to an AD facility.

There is huge pressure in the traditional commodities markets, too. Some California MRFs are investing in pricey optical sorters, robotics and other technologies to improve quality. Here, too, CalRecycle provided some relief, approving $9 million for FY 2016-17 for the Recycled Fiber, Plastic and Glass Grant program. But a single facility may spend millions to tens of millions in enhancements.

With two large ports, the state heavily depended on a thriving export market for years—until China all but closed the door on trade. Commodities exports dropped 35 percent from 2011 to 2017 and continue to plummet as China’s ban and drastically lowered contamination threshold continue. There are few local mills to take up the slack; they dwindled when the overseas market boomed.

With scarce outlets, some commodities are stacking up in recyclers’ yards. 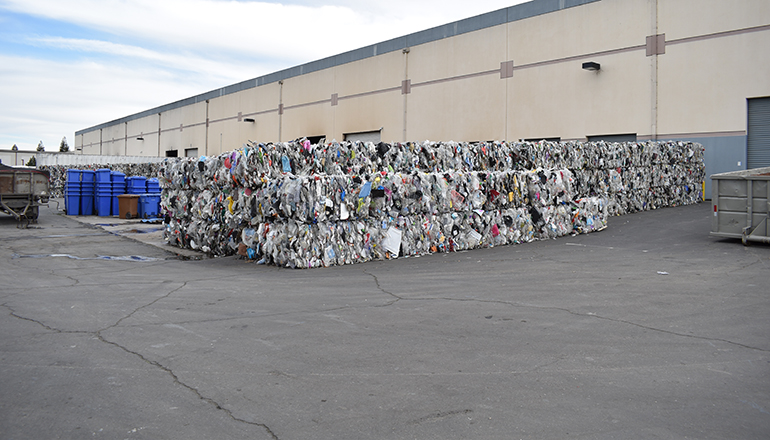 Alameda County Industries feels the squeeze as much as anyone, as the county it serves established an ordinance that even exceeds state expectations. The state requires recycling businesses with more than 4 yards of solid waste each week to have recycling, but Alameda County requires all businesses to recycle.

“The challenge is the mandate drives up materials without sufficient capacity to manage them due to market restrictions,” says Chris Valbusa, general manager of Alameda County Industries.

The company may receive 200 tons of recyclables a day, about 65 percent of which is mixed paper and cardboard.

Then, there is contamination. Two years ago, mixed materials moved easily. But the rules have changed with buyers now having much stricter quality expectations. This has meant change around what residents can put in their carts. So, Alameda County Industries is spending a lot more on education and outreach to get them to understand and ultimately improve the quality of materials. It also added sorters. 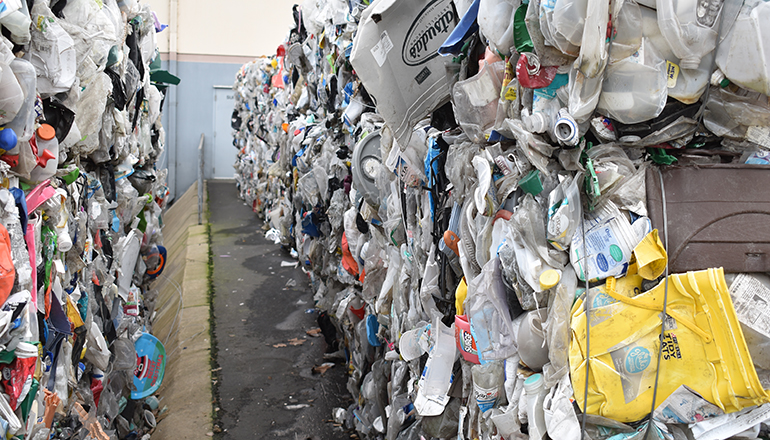 Cal-Waste Recovery Systems services Sacramento and the surrounding area. The company has brokers looking for new markets, like Mexico, Vietnam and wherever it can ship. But it’s been hard.

“But the revenues are not there,” says Dave Vaccarezza, owner Cal-Waste Recovery Systems.

In the past, Sacramento County’s Department of Waste Management and Recycling realized up to $1.2 million a year in revenues through single stream contracts. Now, it spends $1.9 million in processing, including $800,000 to deal with contamination.

“Local governments are realizing they can’t get blood out of a turnip. And we arrived at the agreement that we would process material for a flat fee per ton, with value returned when there is some,” says Vaccarezza. “We recover our costs through the payers. This has meant needing to raise our rates.”