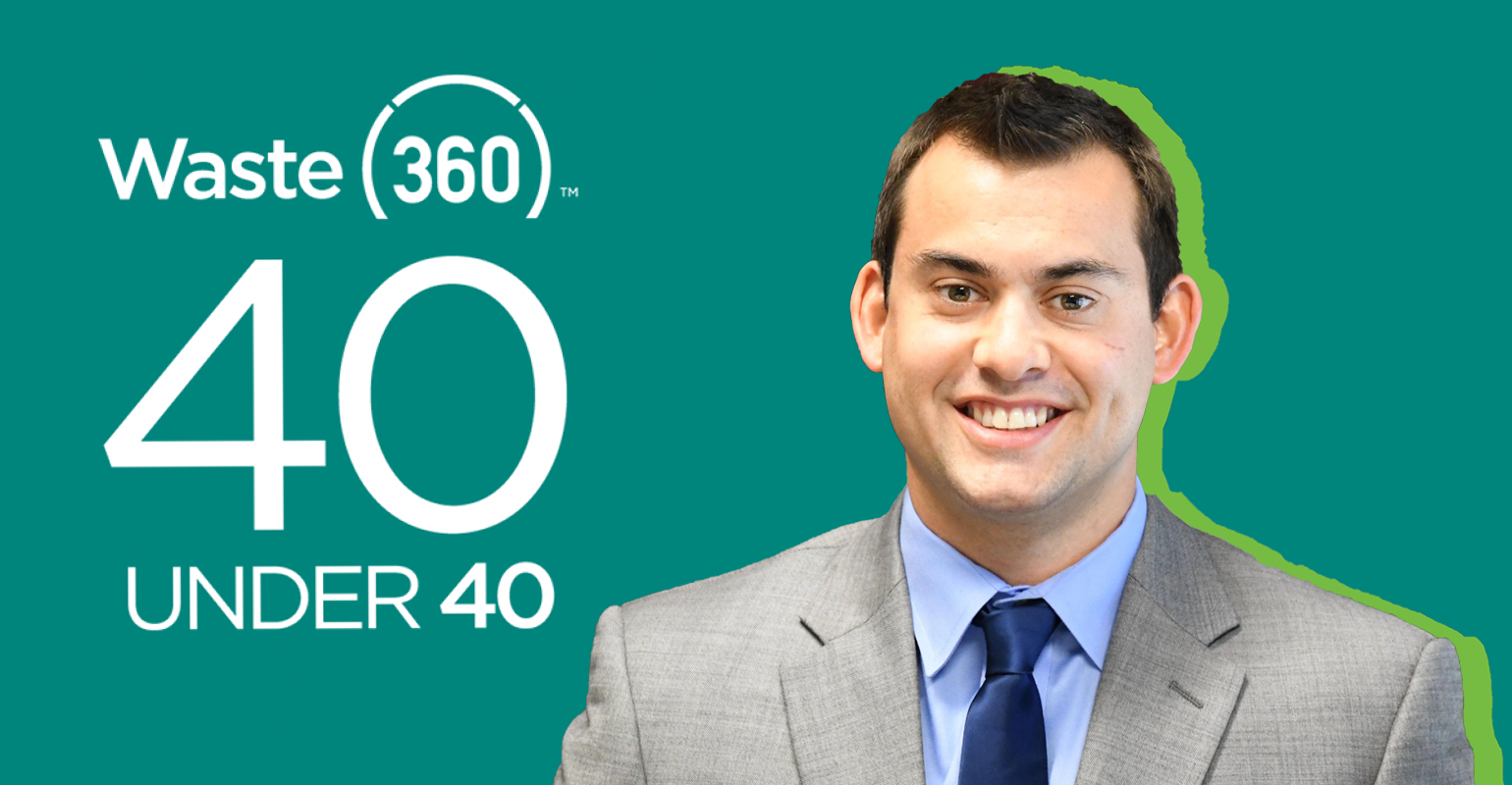 As the plant manager at the Onslow County Material Recovery Facility (MRF) in North Carolina, Will Howard collaborated with CP Manufacturing on building and testing the first generation of a sorting system known as the “McMRF.” Howard joined Waste Pro in 2015 as the production manager of Waste Pro’s Ocala MRF, where he managed the second generation of the McMRF system.

Howard, who now serves as Waste Pro’s vice president of recycling, was named as a 2020 Waste360 40 Under 40 award winner for his reputation for leadership and innovation. He spoke to Waste360 about his career path, why he believes the McMRF can be a cost-effective solution for regional operations, and why he was destined to work in the recycling industry.

Waste360: What was your role in working with the McMRF while at the Onslow County MRF? What were some of the goals for that project?

Will Howard: I was working for Sonoco Recycling. It was a public/private partnership with Sonoco and Onslow County in Jacksonville, NC. We were onsite at the Onslow County MRF, and we assumed control of their original facility with the idea that we were going to build this new state-of-the-art, smaller, throughput MRF.

We partnered with CP Manufacturing to create this “McMRF” idea, which is what they eventually called it. It had an OCCScreen, glass breaker, a single polishing screen and metal separation through a cross belt magnet. The design was smaller. It was relatively inexpensive in comparison to the large, regional MRFs. Your capital outlay for a system like that today is about $4.5 million to $5 million dollars, tops.

We designed it; tested it; ran it.  I ran that facility for about three or four years. The system worked great. You had lower depreciable costs. It was processing 15-tons an hour, and it ran on a single shift about 2,500 tons per month. If you're doubling up to a two-shift situation, you're about 4,500—5,000 tons per month. Still leaving yourself time for maintenance. It was a great idea, and CP started selling it as the McMRF.

Will Howard: In 2015, I came to Waste Pro in Ocala, FL, to run the gen two system of the McMRF.  It was a 65,000 sq. ft., state-of-the-art, gen two McMRF system with dual scales, inbound and outbound. It was this beautiful facility on nine acres, fenced in with palm trees. It was definitely something that I wanted to be a part of.

Waste360: When you came to Waste Pro, you took that prior expertise with the McMRF system with you and improved on it for them?

Will Howard: A lot of the problems that we had with the system, just being the first generation, were already solved with the gen two system. I also did the addition of optical sorting technology when I got to Waste Pro. We did a capital project and put a dual-eject optical sorter, MSS Cirrus, into the Ocala facility.

Waste360: How do you think that helped to improve or enhance the McMRF?

Will Howard: PET is one of the largest volumes of handpicked materials at a McMRF. If you have very high water bottle content—it's very hot in Florida so there’s a pretty large amount of water bottles—the addition of optics to sort that PET out gets you near 98 percent, 99 percent capture on those. On our line, I noticed we were missing a lot of materials, a lot of PET material, just because of the sheer volume of it. The addition of the optics really helped us improve our capture rate.

Waste360: How did you get into the recycling field?

Will Howard: I consider myself to be a product of the recycling industry. Both of my parents actually met at Sonoco. I went to the University of South Carolina, and just down the road, about a thousand yards from my college house was Sonoco Recycling's Columbia MRF. I actually accepted and started working there three days after graduation. It was very fortuitous. I didn't even have to move.

Waste360: What do you love or enjoy about the recycling business?

Waste360: Could you talk about the leadership initiative that you're a part of at Waste Pro?

Will Howard: John Jennings, our founder and chairman of the board, created this initiative to jumpstart us into the future because we have young people with new ideas and we have older employees that are from the old school waste industry.

There's just a diverse background of people, and there's something you can always learn from everybody. A boomer can learn a lot from millennials; a millennial can learn a lot from a boomer. You get some people that have different backgrounds and come from different generations, and there's a lot of really good conversation that can happen with that.