Waste and Recycling: 2019 in Review 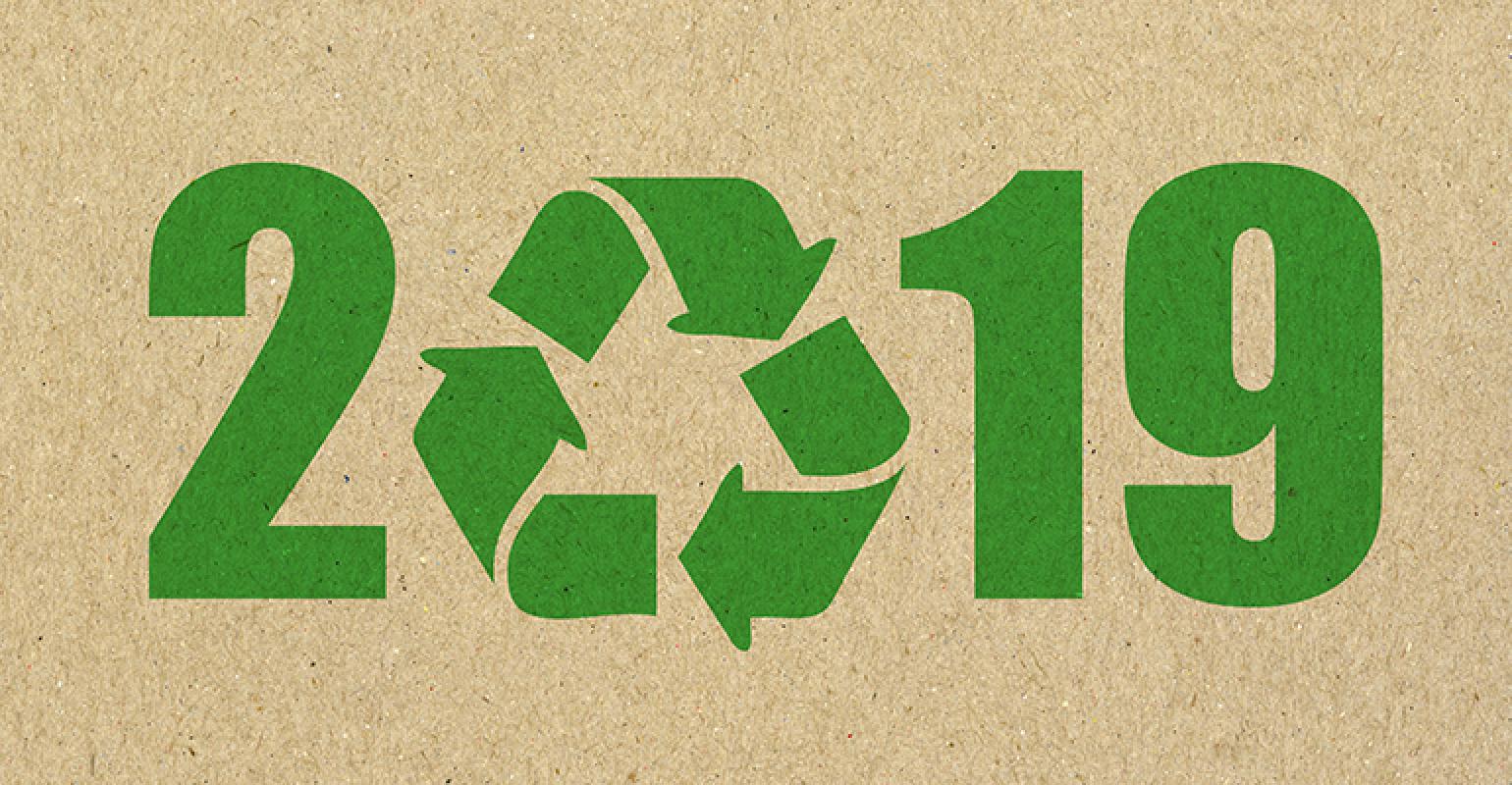 A look back at some of the more interesting recycling events in 2019.

2019 has been a fascinating year for recycling and waste. Markets continue to stink, plastics are condemned as evil and the U.S. Environmental Protection Agency (EPA) re-embraces recycling. Listed below, in no particular order, are some of the more interesting stories in 2019.

Recently, I spoke at a recycling conference in Toronto. One of the panels consisted of four companies that manufacture materials recovery facility (MRF) processing equipment. Usually these panels feature over-the-top sales claims and thinly disguised sharp elbows aimed at the competition. This one was the opposite. When the panelists were discussing their latest breakthroughs in sorting technology, especially in robotics and artificial intelligence, they were so polite to each other I thought I was attending a love-in. The reality is that their order books are full, and they all know their technologies are compatible. Their breakthroughs will increase the quality of recyclables for markets while making MRFs safer for workers. Who could possibly complain about that?

In 2017, the EPA budget proposed by the Trump administration zeroed out federal expenditures on solid waste and recycling. Its authors argued that both are state functions not deserving of federal dollars. Congress, instead, chose to maintain funding for those EPA programs at their existing levels. Flash forward two years to America Recycles Day. The EPA-sponsored Innovation Fair featured an array of new technologies and packages. EPA’s Administrator Andrew Wheeler proclaimed the agency’s decision to establish national recycling goals. I guess the federal government has a role in recycling after all.

A Mill Grows in Wapakoneta, Ohio

On October 1, Pratt Industries opened its new recycled containerboard mill in John Glenn’s hometown. This new mill will use 162,000 tons of mixed paper and 68,000 tons of old corrugated boxes as its raw material. The plan is to double the amount used in 10 years. While this mill is not enough to bring life back to depressed recycled paper markets, it is an important first step. Within two years, at least four more new mills will open. I don’t expect recycled paper prices to get close to the dizzy heights of a decade ago. But I do expect that by the end of 2021, the depressed prices we continue to experience will be a thing of the past.

In September, drones began delivering packages in Christiansburg, Va. Wing, the company whose drones will deliver packages of 3 pounds or less, was the first to be certified by the Federal Aviation Administration as an “air carrier.” The certification allows Wing’s drones to carry packages beyond their operator’s sight. If the drones prove cost effective and do not spark opposition based on noise, privacy or other concerns, drone delivery may become common in rural and exurban areas where they will be more cost effective than truck delivery. The drones also will start carrying heavier loads. Clearly, the packaging used for drone transportation will have to be sturdy enough to withstand any wind buffeting and the impact of being lowered to the ground. Which raises the question, what materials will they be made of?

For years, San Francisco has been claiming it diverts 80 percent of its waste from disposal. The city continued to make these claims even as the amount of waste it sent to landfills steadily increased every year since 2012. It now landfills 427,000 tons of trash. With the 2020 zero waste deadline looming, San Francisco quietly abandoned its 16-year-old goal. Now it wants to cut the amount of garbage going to disposal in half by 2030 and to cut per capita waste generation by 15 percent at the same time. As it turns out, San Francisco recycles barely more than half of its trash. This is quite an achievement for a large, densely populated, multi-lingual city with a high percentage of its population living in multifamily housing. But it’s not 80 percent. San Francisco proved that aspirational goals and aspirational accounting can mask reality for only so long.

Plastics as the Root of All Evil

The country, or at least some environmental groups, appears to have gone on an anti-plastic rampage. Driven by horrific pictures of a turtle with a straw in its nostril and water surfaces covered by plastic packaging, a rising tide of fervor is threatening to lead to sweeping restrictions on single-use products. While some of them are made from paper, glass or metals, it’s the plastic ones that are the focus of protest. As I noted in a summer blog, I have a soft spot in my heart for some single-use plastic products. Instead of railing against all plastic products, we need to accept the fact that many bring substantial environmental benefits, including lower greenhouse gas emissions, from cradle to grave, than their heavier, more recyclable competitors. This creates a dilemma. Which is more important? Lowering greenhouse gas emissions or increasing recycling? Until we figure out how to have our cake and compost it, too, we will have to decide. My choice is to use our brains, not our emotions. Lowering greenhouse gas emissions should be our priority.