Want to Improve Recycling? Focus on People, Not Policy 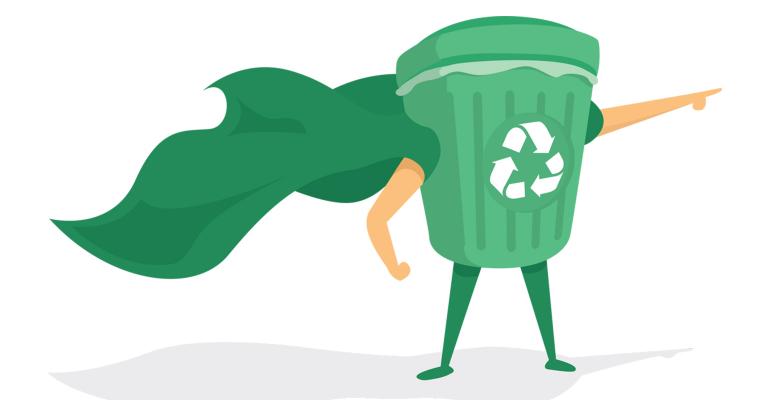 2021 is a great year to be a recycling lobbyist or policy wonk.  This year saw the most recycling bills introduced at the state and Federal level since the tsunami of laws following the 1987 voyage of the garbage barge.

Some of the state bills passed, although most didn’t.  2022 will see more bills pass because state legislators won’t be preoccupied with pandemic-related issues.  As for Congress, it held a few hearings and will be in session for the rest of the year.  Hope abounds for federal legislation, especially infrastructure support for better MRFs.

As they pursue new laws, advocates and legislators are likely to continue confusing policy and people.  They are motivated by the belief that policy is the cure to all that ails recycling.  They believe new, stronger laws will lead to more people recycling and not just recycling but recycling right.  After all, we advocates tend to believe that everyone else is like us and just wants to recycle as much as possible.  We just need better policy to allow this to happen.  Elected officials tend to believe that people will automatically change their recycling habits in response to a new law.

The problem is, too many don’t.  SWANA’s new report, “Reducing Contamination in Curbside Recycling Programs”, shows the results of an intensive recycling education and enforcement program in two Ohio suburbs.  The study showed that a stubbornly high percentage of residents are, at best, indifferent to recycling.  Constituting about a quarter of the households, they provide over half of the contamination when they “recycle”.  Why should anyone be surprised that in a country with 330 million people, many just don’t care about recycling?

One problem is that advocates and elected officials don’t seem to know what they want to accomplish with their proposals.  Is recycling intended to save natural or economic resources or is it intended to cause less waste going to disposal or is it intended to lower greenhouse gas emissions or all three or more?  These are not mutually consistent goals.

Recycling clearly saves natural resources.  Recycling programs are more likely to add to the cost of solid waste programs rather than to save money because recyclables are more expensive to collect than trash and because they must be processed.  As for lowering greenhouse gas emissions, recycling has a mixed record depending on the material being recycled.

Another problem is that recycling goals tend to be aspirational.  The reality is the higher the goal the less likely it will be met.  It is fair to say, however, that aspirational goals often lead to aspirational accounting.  Europe is a good example of this.  The European Union’s auditors recently warned the EU will fall short of meeting its 2025 and 2030 plastic recycling goals.  One reason?  “New stricter reporting rules” that will “likely lead the EU’s reported average plastic packaging recycling rate to drop…from 41% to 32-29%.”

Most important of all, we need to learn from our mistakes.  This is something successful scrap dealers do every day.  If they don’t, they go out of business.  They don’t rely on policy.  They rely on performance.

Until we start focusing on human behavior, even the best policies will fail.  Put people first and policies can follow.