Unpacking the Evolving Role of Producers in the U.S. Recycling System (Part 3) 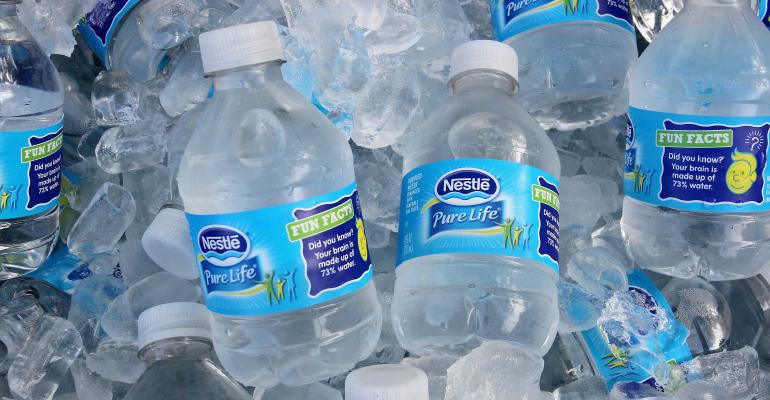 Part three in a three-part series looks at prospects for industry-led recycling initiatives.

The Nestle Waters NA (NWNA) extended producer responsibility (EPR) initiative along with the Recycling Partnership and Closed Loop Fund demonstrate how some producers acknowledge a level of responsibility for their end-of-life (EoL) products and a willingness to take on a portion of the costs. This change in attitude arises in part from bottom line interests: consumer demand for more sustainable products and recycled content; hedging against costly legislation; and risk avoidance through increased access to recycled material feedstock.

While it may be possible to use 100 percent recycled material in products and packaging, the pace at which we get there is dependent on multiple factors: how people use and dispose of the material, technology that enables it, and the policies and economic context that enable recycling to be cost effective. In the three producer initiatives analyzed in Part 2, only the NWNA EPR initiative considered all of these factors and addressed all of the key system barriers identified in Part 1. How producer initiatives address recycling system barriers are outlines in Figure 1.

The NWNA EPR initiative aimed to fundamentally shift the responsibility for packaging recycling to producers and, in theory, addressed all of the system barriers identified. The fees paid by producers cover the cost of the recycling system and would help to finance improved access to and technological investments in recycling. Unlike existing container deposit laws, some EPR models expand producers’ scope of involvement beyond just financial to include more of a role in managing the system. In theory, this arrangement could help improve the focus on material quality, since producer material end users would prioritize quality secondary material inputs to reuse again in their products. The EPR policy’s variable fees for different products provide financial incentives for EoL-conscious design which in turn supports commodity-like collection contracts. Unlike the other producer initiatives, EPR is a policy tool which means that it is legally enforceable.

In practice, however, the effectiveness of EPR is highly dependent on the structure of the program. A fully producer-led EPR model for packaging is unlikely to get needed support by municipalities or environmental advocates. Shared responsibility models vary in their effectiveness. A federal EPR bill is unlikely and so such an EPR system would likely be inconsistently implemented across different states in the U.S.

The Closed Loop Fund and Recycling Partnership serve as important ongoing experiments. Neither of these initiatives alone addresses all of the system barriers identified, which demonstrates the still incomplete view that most producers have of the U.S. recycling system. Combined however, they are more effective at addressing barriers. By examining these initiatives, it is clear that policy research and advocacy as well as consideration for EoL design are still critical missing elements in ongoing producer initiatives.

Based on this analysis, this report makes the following recommendations for producer-led recycling initiatives:

Align data and reporting and collaborate on projects

Producer-led initiatives can play important roles in evolving both policy and practice in how recycling is done. To this end, there is a need for more strategic cooperation between producer initiatives. The Recycling Partnership and Closed Loop Fund for example, are natural complements that each offer different tools to catalyze structural change. Harmonizing the efforts of these initiatives, and working with other existing producer initiatives like the Sustainable Packaging Coalition (SPC) for example, will allow synchronized efforts that can be more effectively implemented at scale. If producer recycling initiatives aligned reporting metrics and data collection efforts, they could jointly report the effectiveness of their efforts in increasing recovery rates under different policy scenarios. Such an alignment would allow them to have more impact on influencing good policy that supports material end-users.

There is a lack of awareness on the producer side about the important role of design, with much more attention given to end-of-pipe solutions. Brands ultimately have control over packaging design decisions and for this reason, design is the easiest barrier for producers to influence in an otherwise very complex system of material flows with multiple players. Many of these design changes involve very simple solutions, such as making labels more easily removable. Producer-led recycling initiatives play an important role in influencing industry peers to make good design choices and discourage disruptive packaging design trends.

Similar to EPR, the most effective policies should reflect the value in recycled commodities and allow consumers and producers to see the real costs of handling less valuable materials. New frameworks are needed, such as the “Sustainable Materials Management” model that is currently implemented in Oregon and California. This framework emphasizes a holistic, life-cycle approach to EoL materials that goes beyond recycling goals to include considerations for product design and innovative ideas like waste-shed (like watershed) area-based recycling systems. These kinds of policy frameworks are helping to shift the evaluation lens from what goes in the bin to what comes out.

Current producer initiatives would increase their scale of impact by working more closely with recyclers at a strategic, regional level. Recycling barriers vary considerably between localities and states, and these variations most often follow larger, regional trends that reflect the differences in technology and demographics in different parts of the U.S. Large recyclers have an opportunity to buy-in to these producer efforts as strategic partners in the development of regional markets for post-consumer material. There are some players in the waste industry that recognize the opportunity to become “material managers” as opposed to waste haulers, such as Casella. However, there is a lack of trust and mutual interest between many large recyclers and producers.

Producer initiatives could help to build bridges with recyclers recovering these materials. Recyclers are key partners and can influence the communities they work in with contracts that recognize the changing waste stream and future markets. This is especially true for commercial recyclers since most recycling is subscription based, and thus fees can be imposed to the subscriber to reflect the true cost of recycling. Recyclers must also therefore be more willing to challenge conventional business models and better engage the entrepreneurial community.

The business case for transforming the U.S. recycling system has been pioneered by companies like Nestle Waters NA and continues to be supported by producer initiatives like the Recycling Partnership, Closed Loop Fund, and others. However, current producer initiatives do not do enough to incentivize smart packaging design that considers EoL. They also fall short of advancing good policy that supports aftermarkets.

These voluntary initiatives are currently comprised of just a handful of companies. In the presence of many free rider brands and recyclers however, these producers cannot and will not take on the entire cost of recycling system reform. Regulation is therefore necessary to help correct for market failures.

At the time of publication, California state regulators are actively considering a mandatory EPR program for end-of-life packaging in response to what they believe are insufficient industry-led recycling efforts. Nestlé Waters North America has become the newest member of the Closed Loop Fund, recently investing $6 million in the fund’s producer-supported recycling projects.