Unpacking the Evolving Role of Producers in the U.S. Recycling System (Part 2) 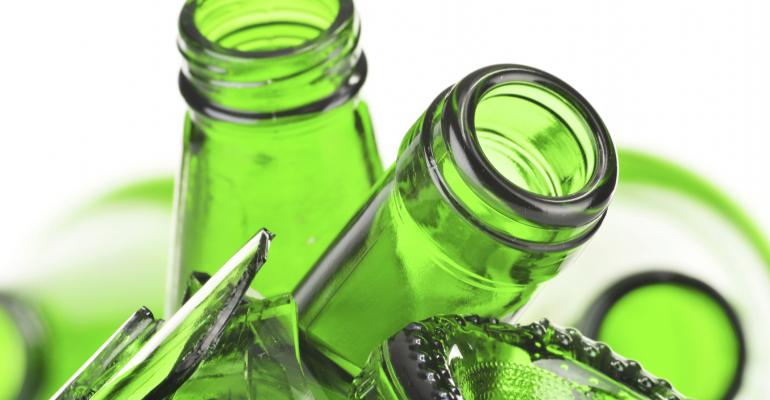 In a three-part series, graduate student research from the Yale School of Forestry & Environmental Studies explores the economic problems with packaging in the U.S. recycling system. Part one focuses on addressing systemic recycling problems in the United States. Part two examines producers’ takes on responsibility for end-of-life packaging.

Many producers lack understanding of and accountability for the end-of-life (EoL) impacts of the products and packaging they put onto the market. Producers have historically blamed low recycling rates on the negligent recycling habits of consumers, governments for poorly educating people, and the recycling industry for failing to innovate.[i] They also blame each other, with conflicts of interest arising between users of different materials.

Some producers have demonstrated an evolving commitment to the recycling issue in the U.S. Part 2 of this research describes three case studies of recent and current producer initiatives that arose specifically to address recycling problems in the U.S. through different policy and market-based strategies and compares how they address the problems identified in Part 1.

Nestle Waters North America (NWNA) launched the first ever industry-led effort for major recycling policy reform in the U.S, fighting for Extended Producer Responsibility (EPR) legislation for packaging in 2011-2014. EPR is a policy tool where recycling costs for certain products are managed and paid for by the producers themselves, in effect shifting accountability for packaging recycling systems to producers. According to the Product Stewardship Institute, EPR laws are in place in nearly all developed countries worldwide.

NWNA supported the implementation of EPR policy in the U.S. as a way to improve recycling rates for packaging while leveraging private sector ability to minimize system costs.

According to interviews with several of the initiative’s architects, NWNA was driven primarily by a major market interest in decreasing the cost of recycled polyethylene terephthalate (PET) to use in its water bottles. The NWNA EPR initiative was pioneered by then CEO Kim Jeffrey, who saw EPR as the most effective policy tool to achieve this objective. The proposed policy included producers paying 100 percent of the cost of recycling; differentiated fees based on material use and design; and fees based on quantity put on the market. The goal was to cultivate allies and get bills passed in the U.S., one state at a time.[ii]

Despite some support, the EPR initiative received backlash from other consumer brands and governments.

NWNA secured a handful of corporate supporters, namely Coca Cola, Pepsi, and New Belgium Brewing. The beverage industry receives significant pressure due to the visibility of bottle litter as well as the valuable, recyclable nature of beverage bottles. Outside the beverage industry, NWNA also gained some support from P&G and Unilever on its EPR initiative. Brands such as Colgate-Palmolive, General Mills, Kraft Foods, and Wal-Mart vehemently opposed packaging EPR. Represented through the Grocery Manufacturer’s Association (GMA), opponents argued that the European models of packaging EPR would not work in the U.S.[iii] The initiative also received backlash from packaging producers in the paper and glass industries, who asserted that this was a “bottled water problem” and not applicable to them.

Ultimately no state adopted the proposed NWNA EPR policy. The proposed legislation put forward by Recycling Reinvented and NWNA failed to incorporate a role for municipalities and governments and the environmental community were skeptical about turning over program management to these brands.

NWNA helped to expand the discussion on producer responsibility for packaging.

The initiative was instrumental in launching an ongoing dialog across the U.S. regarding the role of producers in recycling system management.[iv] Currently, California, Connecticut, Indiana, Massachusetts, Rhode Island, Minnesota, and Vermont are all in various stages of discussing EPR for packaging. This number increased from only four states in 2015.[v] Over the past several years, Maine, North Carolina, Delaware and Iowa have also discussed EPR for packaging. Many of the states that NWNA targeted are now working with nonprofit organizations like Upstream and the Product Stewardship Institute to draft EPR legislation that considers local government roles in “shared” models of EPR. Many states are also campaigning for expansion of container deposit laws that cover a larger portion of the waste stream.

“Now that EPR has been in U.S. for a while for other products, there is a ‘perfect storm’ effect to revisit this topic for packaging due to the cross media impacts of packaging waste, like China’s green fence policy, greenhouse gas emissions and marine debris.” — Cynthia Dunn, Senior Environmental Scientist at CalRecycle

NWNA’s EPR initiative marked a deviation from typical producer behavior that aims to avoid regulation and deflect responsibility. However, in order for brands to support these and other policies, the policies must be aligned with secondary material market development and cannot simply be blank checks.

The Recycling Partnership is an ongoing collaboration of industry organizations and brands focused on a systemic approach to improving recycling rates for packaging. The Partnership’s 30 partners include mostly trade associations and industry groups, but also include a handful of consumer brands: Coca Cola, Heineken, Keurig Green Mountain, Kimberley Clark, and Proctor & Gamble. Partnership President, Keefe Harrison, noted that growth in membership is due in part to a marketplace demand for secondary materials that was not there when the Partnership began. To date, it has helped put 400,000 carts on the ground in communities across the U.S. and made $27 million in grants available to improve community recycling education, operations and to reduce contamination.

The Partnership expanded producer focus from education to also include issues of access and quality.

The Partnership has been around since 2003, but has expanded from a narrow focus on consumer recycling education to other systemic recycling challenges. The vast majority of its grants focus on community upgrades from bin to cart-based (single stream) collection systems and tailored educational materials, however the Partnership is now looking at supporting projects that address contamination, which many experts view as a critical contribution. The Partnership has also started to increase its engagement in recycling operations by providing technical advisory to a growing Material Recovery Facility network. It has collaborated with other producer initiatives like the Sustainable Packaging Coalition and the recently formed Glass Coalition.

In 2016, The Recycling Partnership also launched ASTRX–Applying Systems Thinking to Recycling–in partnership with the Sustainable Packaging Coalition, as well as the national initiatives and our MRF Working Groups, the State Leaders Group and the Technical Council to overcome additional issues. These collective actions are working to build bridges, establish good practices and grow support and data.

The Partnership has a positive reputation and network of localities, but has room to expand further.

The Partnership’s primary focus however remains on community education and access to carts, which does not address all systemic barriers identified in Part 1, like design and technology.

“The Recycling Partnership is an additive but not transformative approach. While providing carts to communities is good, this doesn’t address the larger issues around governance, finance and design.”

The $11 million the Partnership has made available is not a significant financial commitment from some of the world’s largest industry organizations and brands. However, the Partnership has had major success in building coalitions with municipalities and has cultivated a positive reputation, which is beneficial in attracting additional membership and investment.

The Closed Loop Fund is a new, industry-led recycling initiative that acts as an investment bank for new recycling technology. The Fund views gaps in technology as the principle explanation for low recycling rates in the U.S. and focuses on technological upgrades and investments.

The Fund has allocated $100 million as favorable loans with variable interest in an attempt to unlock additional public and private investment in recycling technology that can be replicated around the country. Two of the Fund’s initial investments focus on efficient conversion from dual to single stream recycling in rural municipalities. The Fund’s most novel investment is in a one-of-a-kind Plastic Recovery Facility (PRF), which can both separate products and turn them back into raw materials. Projects like the PRF help develop solutions for material that no one else is focusing on, such as plastic films.

Current membership is limited to a handful of big brands, but it is not exclusive and would like to gain more members.

Founding members include Wal-Mart, Coca Cola, PepsiCo, Johnson & Johnson, Colgate-Palmolive, Proctor & Gamble, Keurig Green Mountain, Unilever, and Goldman Sachs, who were later joined by 3M and Dr. Pepper Snapple. While membership is limited to a few big brands, it is not exclusive. Managing Director of the Fund, Rob Kaplan, noted that he has been disappointed with limited membership. Other interviews suggested that membership in the Fund appears to be “invite only.”  In addition, the price tag for membership is high for smaller brands.

If its projects create financial return, the Fund will continue to operate and expand its investments in the future.

Critics say that the $100 million dedicated to the Fund is not enough to improve the U.S. recycling system. Greater investment, however, depends on demonstrated returns from current investments. After five years, the Fund will evaluate the success of its projects. At this point if investor support continues, the Fund will continue to expand. The Fund is also considering the possibility of investing in other challenging areas, such as organic waste, which is a significant source of contamination.

The Fund does not address issues with poor packaging design or problems with policy or recycling contracts.

Rob Kaplan, director of the Closed Loop Fund, noted that although design is a big part of a working system, it is not a key focus of the Fund’s work. On policy, he noted that the Fund is actively exploring opportunities for knowledge sharing and collaboration with the Recycling Partnership and wants to collect data on supportive policy tools.

Tristanne Davis is recipient of a Carl J. Apicella Scholarship from the Environmental Research & Education Foundation.  Her Master’s research at Yale University has focused on the evolving role of business in solid waste management.

Some of the numbers in the Recycling Partnership case study have been updated.
TAGS: Generators Plastics
0 comments
Hide comments
Related
Sponsored Content