A Unified Recycling Vision for the United States 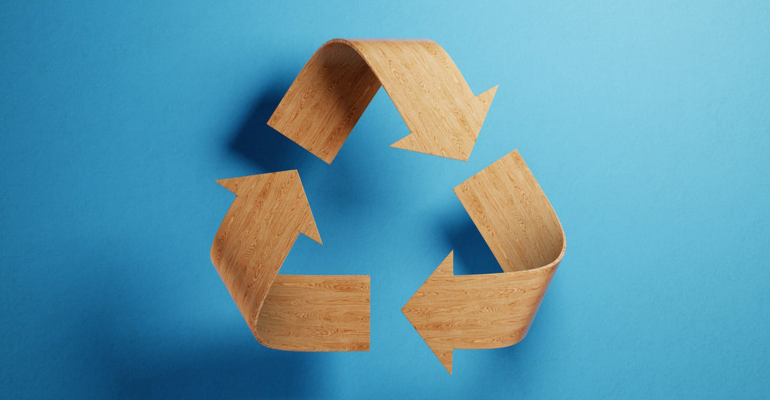 Whew! With over two thirds of adults having received at least one dose of the vaccine – we are starting to go out and resume our normal lives. Things are opening up at an unprecedented (ha ha) rate. And after last year’s virtual, Waste Expo was held live in Las Vegas!

Going into Las Vegas, we knew that that prices for commodities have been up. In fact, ever since the beginning of the pandemic prices for nearly all the curbside materials are up: aluminum, steel, cardboard, mixed paper and plastic containers. The question was whether they would remain up after the pandemic was over. In fact, prices continue to climb, some to sky high levels. Natural HDPE exceeded $1/pound for the first time ever last month. Color HDPE and PET experienced dramatic increases month over month both increasing by more than 30% and polypropylene is up nearly ten-fold since last year. The question up until now is whether these increases are sustainable.

Commodity specialists at Waste Expo looked into their crystal balls and predicted continued robust demand for materials. This is expected for all commodities. In particular, given the commitments made by many brands for high recycled content in their plastic packaging, demand, even at higher prices is expected to be maintained – at least for a little while.

According to PBS, brands pledged high recycled content multiple times in the past but failed to meet the goals each time. Given the previous backsliding, attendees questioned how “sticky” the goals are this time around. WasteExpo plastic panelists Sally Houghton, Tamsin Ettifah and JD Lindeberg agreed that it was likely to be stickier this time around and that premium pricing would be tolerated for a while in order to promote recycling of their containers and improve infrastructure. However, Ettifah warned that sustained high prices could trigger brands to move to different formats for their packaging.

Scott Breen from the Can Manufacturers Institute’s presentation suggests that this may already be happening. After years of flat production of aluminum and steel cans, manufacturers are beginning to increase their use of metal packaging. Aluminum beverage cans shipments increased by nearly 10% from 2018 to 2020. Food cans experienced double digit growth in just one year.

Some suggest that to avoid potential abandonment of pledges, minimum content requirements should be adopted. This would level the playing field across brands and provide end markets for material. California enacted Assembly Bill 793 last year requiring 15% minimum recycled content by 2022. Given that, PET is selling at a premium of more than 30% greater than national averages.

Policy drove the discussion in the EPR panel. EPR holds producers responsible for the costs of recycling. Panelists discussed how EPR gained significant momentum as municipal budgets experienced shortfalls. This was particularly exacerbated by continued budget shortfalls during the pandemic. As a result, for the first time, two separate state legislatures, Maine and Oregon, passed EPR bills. Susan Robinson and Heidi Sanborn agreed that even when EPR is enacted, municipalities and industry should remain part of the decision making process for implementing changes to recycling programs.

Also on the policy front, bottle bills have gained traction. Connecticut expanded their bottle bill to cover additional beverages such as juices, ciders and teas as well beginning in 2023. In addition, the state doubled the deposit from five cents to ten cents. While this will likely recover more materials, unlike EPR, it will erode funding for recycling programs by diverting the most valuable materials away from single stream recycling. Unfortunately, this will have the unintended effect of further straining municipal budgets.

As Brent Bell noted during his talk, about 5% of single stream materials represents about 40% of the value. If the most valuable materials are taken out of single stream recycling, municipalities will lose that revenue which help support their programs, ultimately jeopardizing the viability of some curbside recycling programs.

Diverting valuable materials from curbside will also likely have a negative impact on recycling access. Improving recycling access is a key factor in improving overall recycling rates and achieving ambitious goals. Speakers stated that approximately 60% of households currently have access to recycling at their homes. Those that do not have access tend to be multi-family homes or live in more rural areas, already areas more expensive to service.

Curt Bucey wants glass to remain in curbside recycling. He acknowledges that the material is not as high quality as deposit glass. However, the convenience for residents leads to significantly higher volumes. Given the overarching goal of improving recycling while recognizing that there is an inherent economic conflict between curbside collection and bottle bills, Bucey suggests that bottle bills should be structured to consider how to offset the negative economic impacts from lost material for curbside programs.

While containers take up most of the discussion, fiber makes up the bulk of the curbside cart. By weight, cardboard and mixed paper are about two-thirds of the cart. US corrugated box shipments dropped by more than 10% from 1999 to 2011 and only last year did numbers reach 1999 levels. Bill Moore predicts going forward that box shipments will continue to increase at a growth rate of 1.3-1.8%.

With so many divergent ideas proposed, a unified recycling vision sounds more appealing. Nena Shaw from the EPA announced that their National Recycling Strategy would be released later this summer. In addition, she announced that last year’s Save Our Seas 2.0 Act granted EPA the authority to issue recycling grants. As a result, EPA has submitted a request for $10M for recycling infrastructure grant funds for its 2022 budget cycle. Last, they announced that they anticipate issuing a new methodology for calculating recycling rates. They hope that this methodology will be widely adopted so that communities can do a like to like comparison of their recycling rates.

Recycling has undergone significant change over the past few years and more changes are on the horizon.