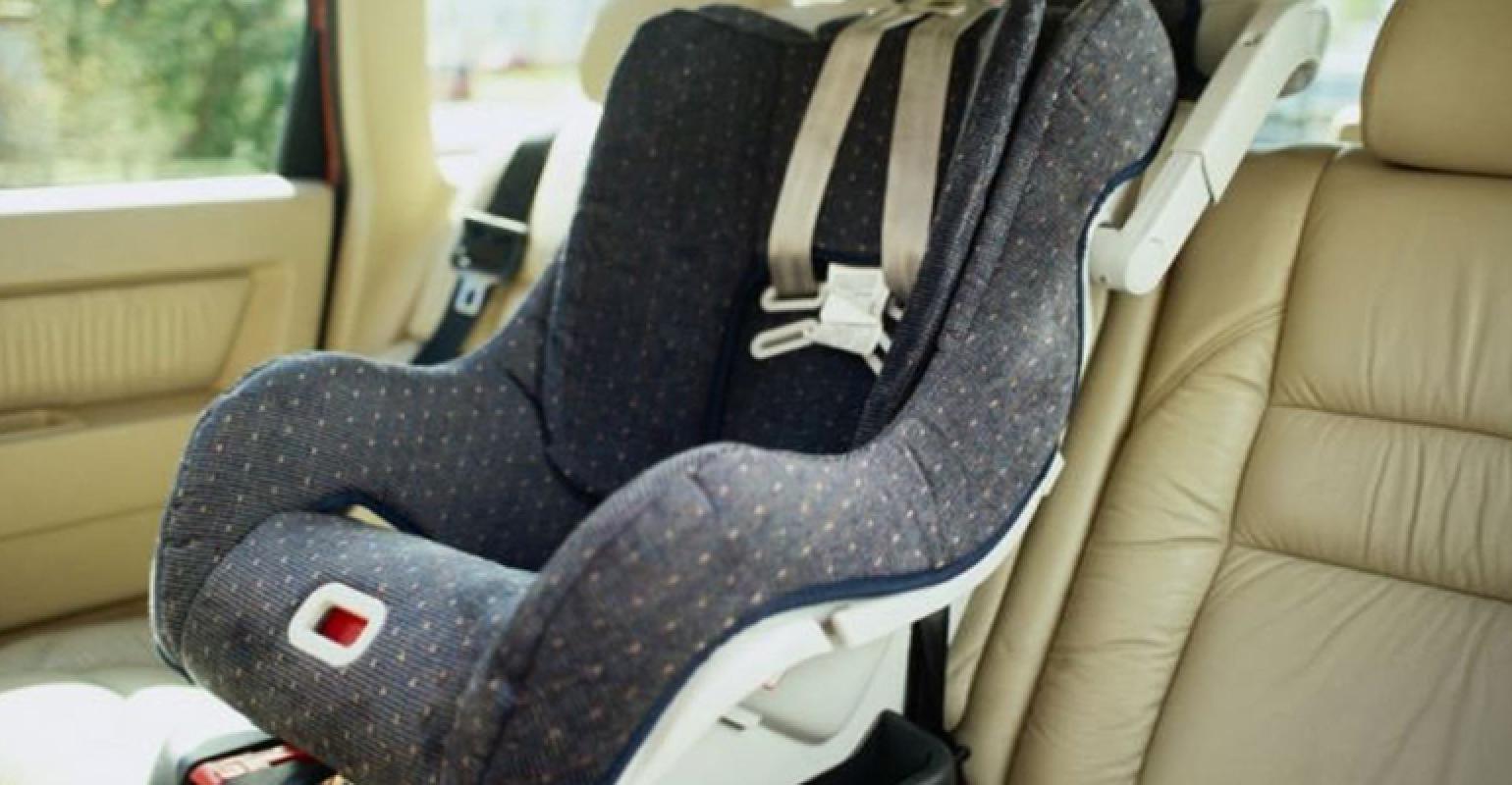 In less than a week, Walmart collected more than a million car seats, which will be taken apart and recycled via TerraCycle.

Originally planned to span two weeks, the Bentonville, Ark.-based retailer reached capacity for the program early. According to Erin Hulliberger, director of corporate communications for Walmart, the company collected more than a million car seats in less than a week. Those seats will be recycled through Trenton, N.J.-based TerraCycle, diverting each component from the landfill.

The consumer appeal of the program was not just recycling the old, used car seats. Customers who traded in the seats received a $30 Walmart gift card that could be used in store or online. Each household was limited to two trade-ins.

“Safety—especially car seat safety—is a top priority for Walmart’s baby department, so we wanted to use our size and scale to create an event that offered unprecedented access to trade in an outgrown car seat for a gift card—perfect for using on your baby’s next car seat. Sustainability is of equal importance to Walmart, so we’re happy to work with TerraCycle, who will recycle every component of the car seats,” said Melody Richards, vice president of Walmart Baby, in a statement.

According to Brett Stevens, global vice president of material sales and procurement for TerraCycle, a car seat on its own is not traditionally recyclable.

“Once a car seat is taken apart into the different materials that it is made of (plastic, metal, fabric, foam, nylon belts), those materials become much easier to process into a usable format and recycle,” he says. “TerraCycle is proud to say that we are recycling 100 percent of the car seat, including the components that don’t necessarily have value on the open market.” 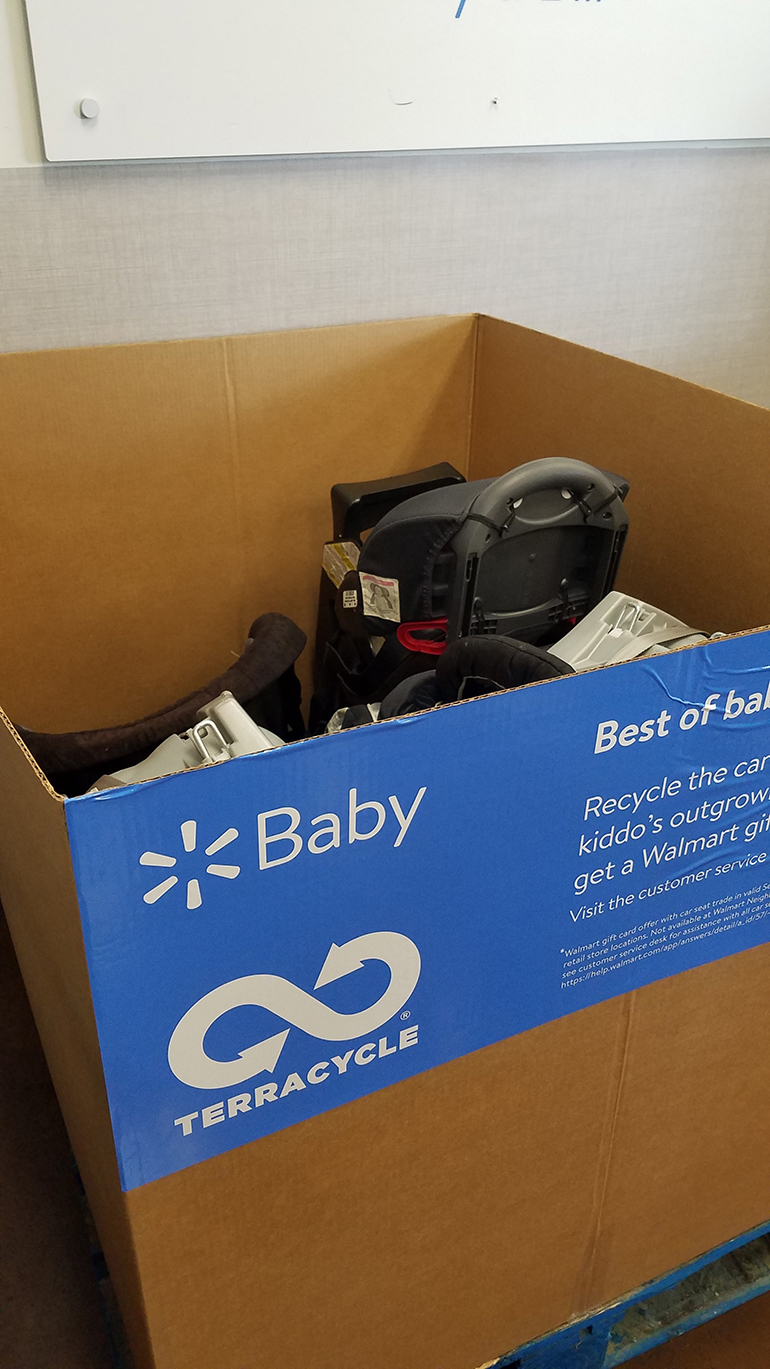 The first step in recycling a complex item like this is to separate its components. For car seats, that means manually disassembling the seat into five or six different material buckets, says Stevens.

“From there, the plastics are shredded, ground, washed, melted and extruded into new pellets that can be used for injection molded product manufacturing,” he says. “Metals are shredded, smelted and formed into sheet and bar stock for new stamped product applications. The foams are densified and used as feedstock for new materials such as carpet underlay or crown molding. The fabrics and textiles are converted into a material called shoddy and used for insulation-type applications.”

The Walmart Car Seat Recycling Event did not accept booster-style car seats for the trade-in.

“For this program, we were working within very tight economics, so the price that we negotiated with Walmart for the recycling of the car seats needed to cover all of our expenses on disassembly, processing and downstream movement of all components,” says Stevens. “Because of this, we needed ‘predictability’ on the variety of materials that we would be receiving back.”

TerraCycle could predict the material breakdown of traditional full car seats and accepted any of them because of the expected material dispersion by percentage/weight.

“For other types of seats like the base, booster only, no-back seats, etc., the material dispersion—and therefore our costs—would have been thrown off. For that reason, we excluded anything that wasn’t clearly a full car seat,” says Stevens.

TerraCycle has a long history with Walmart and has partnered with the retailer on a number of different programs over the years.

“As it relates to car seats, TerraCycle approached the sustainability and baby merchandising teams at Walmart about putting together a program like this for 2019,” says Stevens. “After some discussion about how the program would function at such a scale … we both worked to nail down the details and move forward.”

Stevens says TerraCycle hopes to repeat this event every year, but a commitment on next year’s program will not come until 2020.