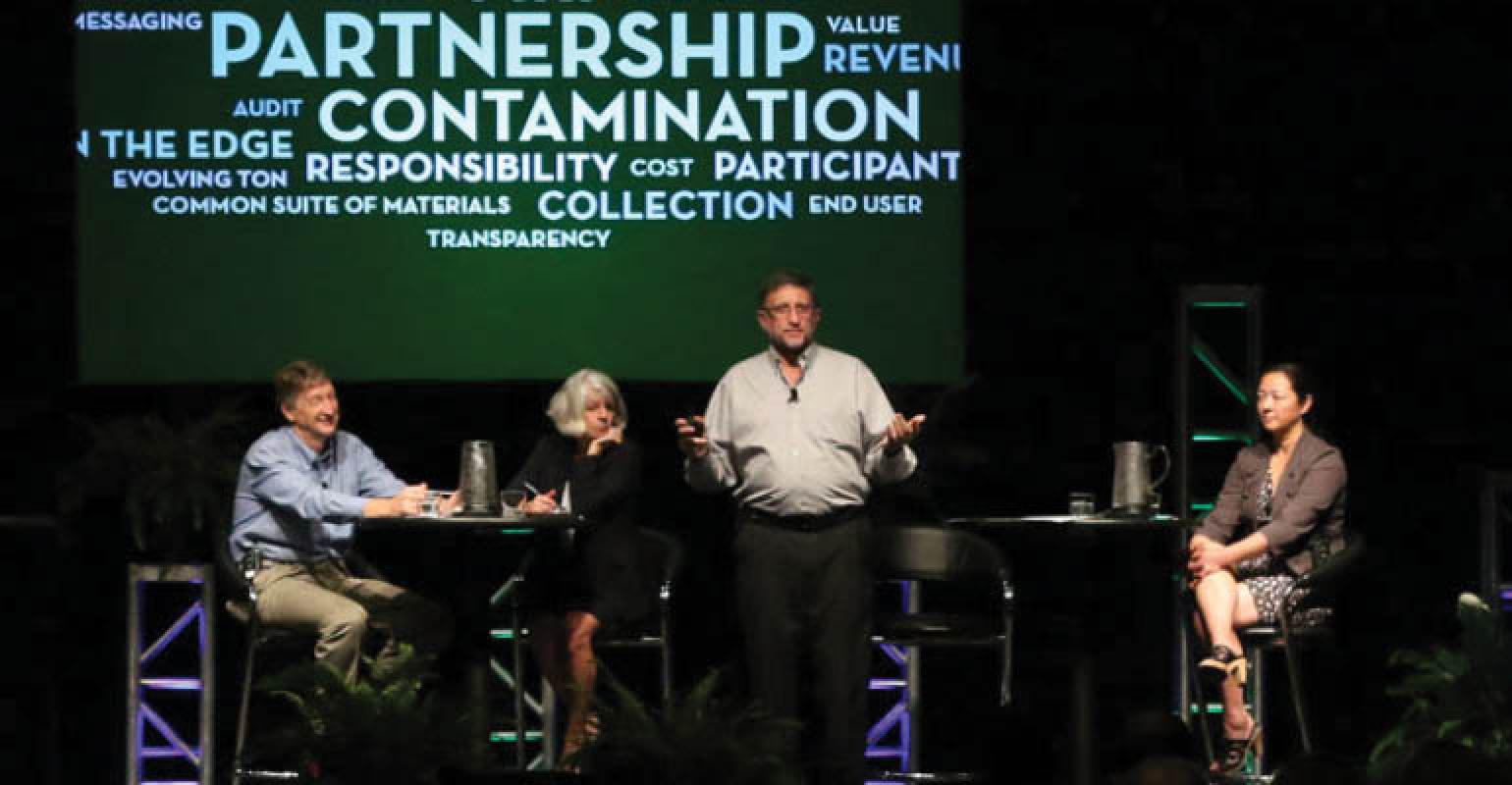 Takeaways from the Resource Recycling Conference

Here are some highlights from discussions that took place during the conference’s first full day.

More than 500 attendees are in Minneapolis this week for the 2017 Resource Recycling Conference. Discussions at the sessions have taken on topics including the state of markets for recycled materials, what’s happening with recycling policies nationwide and how all stakeholders are dealing with challenges like contamination, education and improving the quality of what’s processed.

One of the event highlights was a Recycling Town Hall sponsored by the National Recycling Coalition that featured more than 30 groups. The discussion stretched for nearly three-and-a-half hours.

Groups participating in this discussion. pic.twitter.com/W4Zb6d5Ko9

Here are some other key takeaways from some discussions that took place during the conference’s first full day.