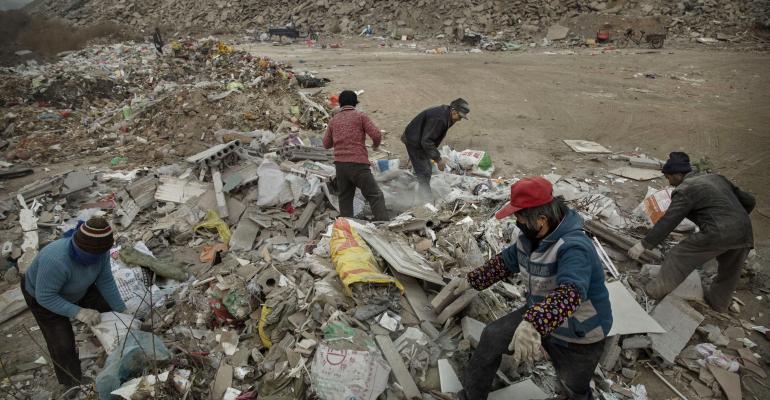 The update provides an overview of the effect that the restrictions are having on the export of recyclables from both the U.S. and Canada.

The Solid Waste Association of North America (SWANA) has issued an update for state and provincial environmental agencies on China’s waste import restrictions and their impact on recycling programs in North America.

This update, the third in a series to agencies on the issue, provides an overview of the effect that the restrictions are having on the export of recyclables from both the U.S. and Canada, including the increased movement of material to Southeast Asian countries and additional potential restrictions.

“The deepening impact of China’s waste import restrictions is being felt in a growing number of communities,” said David Biderman, executive director and CEO of SWANA, in a statement. “In addition to the ban on certain materials and the new, stringent contamination standard, China temporarily halted pre-shipment inspections in May. Combined with new limitations by other Asian countries receiving more recyclables from the U.S., the result has been lower prices and continued uncertainty about the long-term sustainability of recycling programs. SWANA feels it is important to continue to update key stakeholders on this evolving situation.”

SWANA has taken numerous steps to respond to the disruption caused by China’s waste import restrictions. These include the establishment of a Recycling Task Force consisting of industry and municipal leaders, advocacy on Capitol Hill for recycling-related funding in the infrastructure bill, consulting with associations and other organizations that support recycling and developing a China Waste Import Restrictions webpage of resources.

“For the past several decades, China has served as the end market for roughly a third of the world’s recyclables, and its new policy banning mixed plastics and mixed paper has created a global oversupply of paper on the world market,” said Susan Robinson, director of federal affairs for Waste Management and member of SWANA’s Recycling Task Force, in a statement. “This supply and demand imbalance, combined with China’s new 0.5 percent contamination standard, has increased the quality requirements for recyclables, whether they are moving to domestic markets or to other alternative markets. Until new markets develop, stakeholders will need to work together to develop solutions that will support our local recycling programs.”

Robinson and Biderman will continue the discussion on this topic during the June 28 webinar, Beyond China: Building the Future of Recycling. They will be joined by Robert Smouse, assistant director of solid waste for the City of Fort Worth, Texas. These industry experts will examine the ways in which the recycling landscape in both the United States and Canada has changed dramatically as we approach the one-year mark since China announced its first set of waste restrictions.

The focus on education surrounding these policy changes will continue at the 2018 Materials Recovery Facility (MRF) Summit, to be held at SWANA’s WASTECON conference August 20 to 23 in Nashville, a joint effort with the Institute of Scrap Recycling Industries (ISRI). At the MRF Summit, waste industry leaders, state and local government officials, manufacturers and others will discuss best practices, policy alternatives, standardizing recycling metrics and ISRI’s scrap specifications.