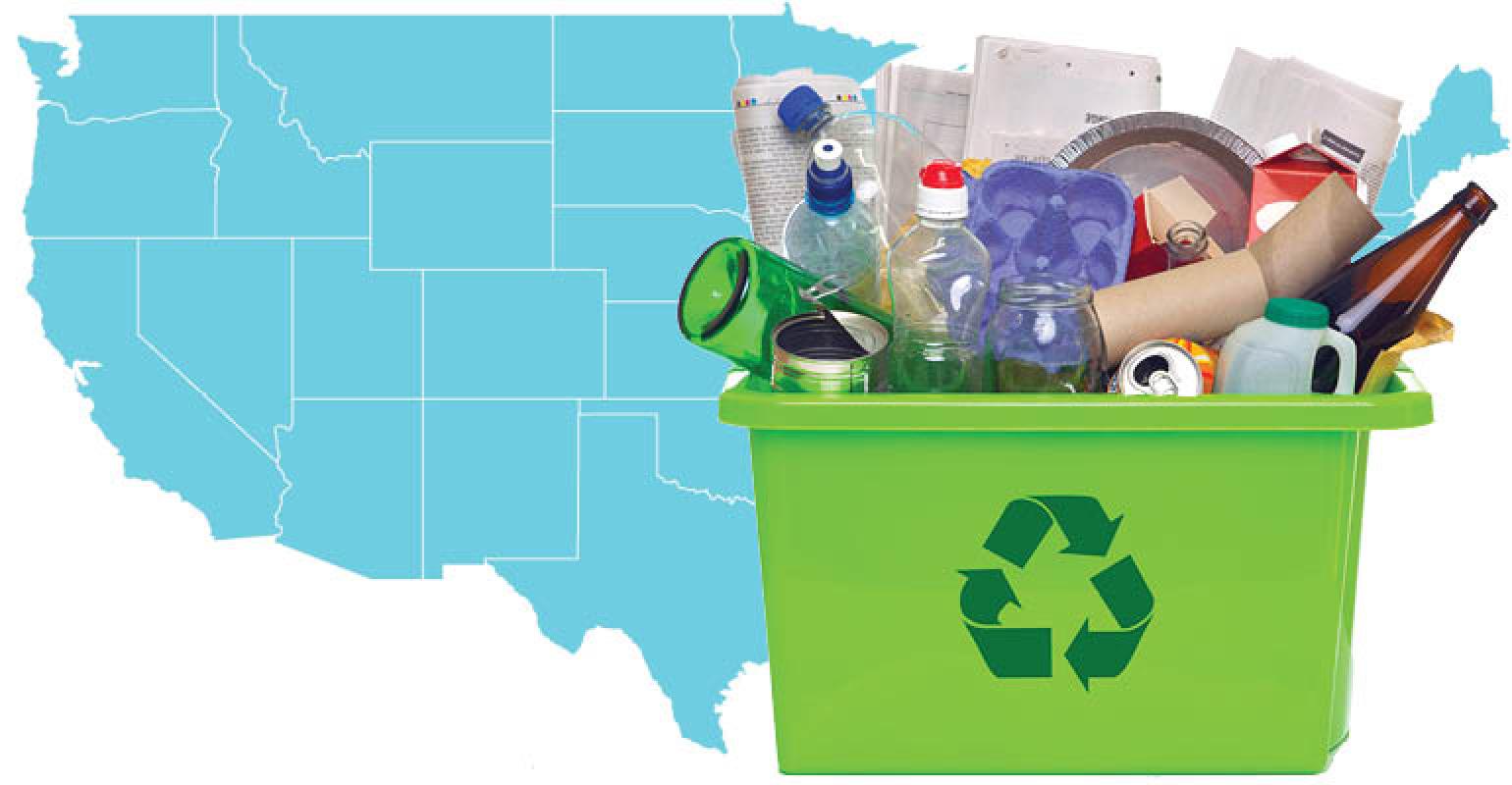 Recycling challenges vary across the country, but, overall, states are failing to both reduce unnecessary waste and adjust to a changing recycling landscape, according to a new study from U.S. PIRG Education Fund and Environment America Research & Policy Center. The "State of Recycling U.S. National Survey" looks at programs in Illinois, Maryland, Minnesota, North Carolina, Oregon, Pennsylvania, Virginia and Wisconsin, providing case studies and insight into specific issues that plague recycling efforts nationwide.

The survey reflects on how the decision by East Asian countries to reject some American waste has impacted statewide programs. It also shows that this is only part of a larger structural problem—and does not impact each state equally. In particular, the study addresses America’s plastics recycling problem.

"The hard truth is that plastics are difficult to recycle and aren’t worth much. This reality means that we could only consistently afford to collect and recycle it when China and its neighbors were willing to buy it," said U.S. PIRG Education Fund President Faye Park in a statement. “Now that we have to deal with it ourselves, plastic is choking our recycling system as effectively as it chokes ocean life.”

The report outlines three different directions recycling programs have gone over the past year. Oregon, Virginia and Pennsylvania were all vibrant recycling states that have shown a decline in their combined recycling and composting rates—in part due to less international waste exports. North Carolina, Illinois and Wisconsin were not as impacted by Asian countries’ policy changes, but those states have never been robust recyclers, according to the report. Maryland and Minnesota continue to be strong recyclers despite shifts in the world market. Beyond offering case studies from these states, the report also suggests wide-ranging reforms necessary to reduce the amount of waste that ends up in landfills or incinerators every year. Policies include cutting back on the amount of plastic being created, encouraging the reuse of already existing objects and ensuring that products are recycled at the end of their working life.

"It’s entirely within our power to fix the system. We’re just missing the necessary sense of urgency," said Carrie Katan, co-author of the report and U.S. PIRG Education Fund’s Zero Waste program fellow, in a statement. “It’s past time to make sure that recycling, composting and waste reduction each play an important role in the fight against microplastic pollution, climate change and other environmental challenges.”