State of Recycling Briefing Focuses on Design for Recycling 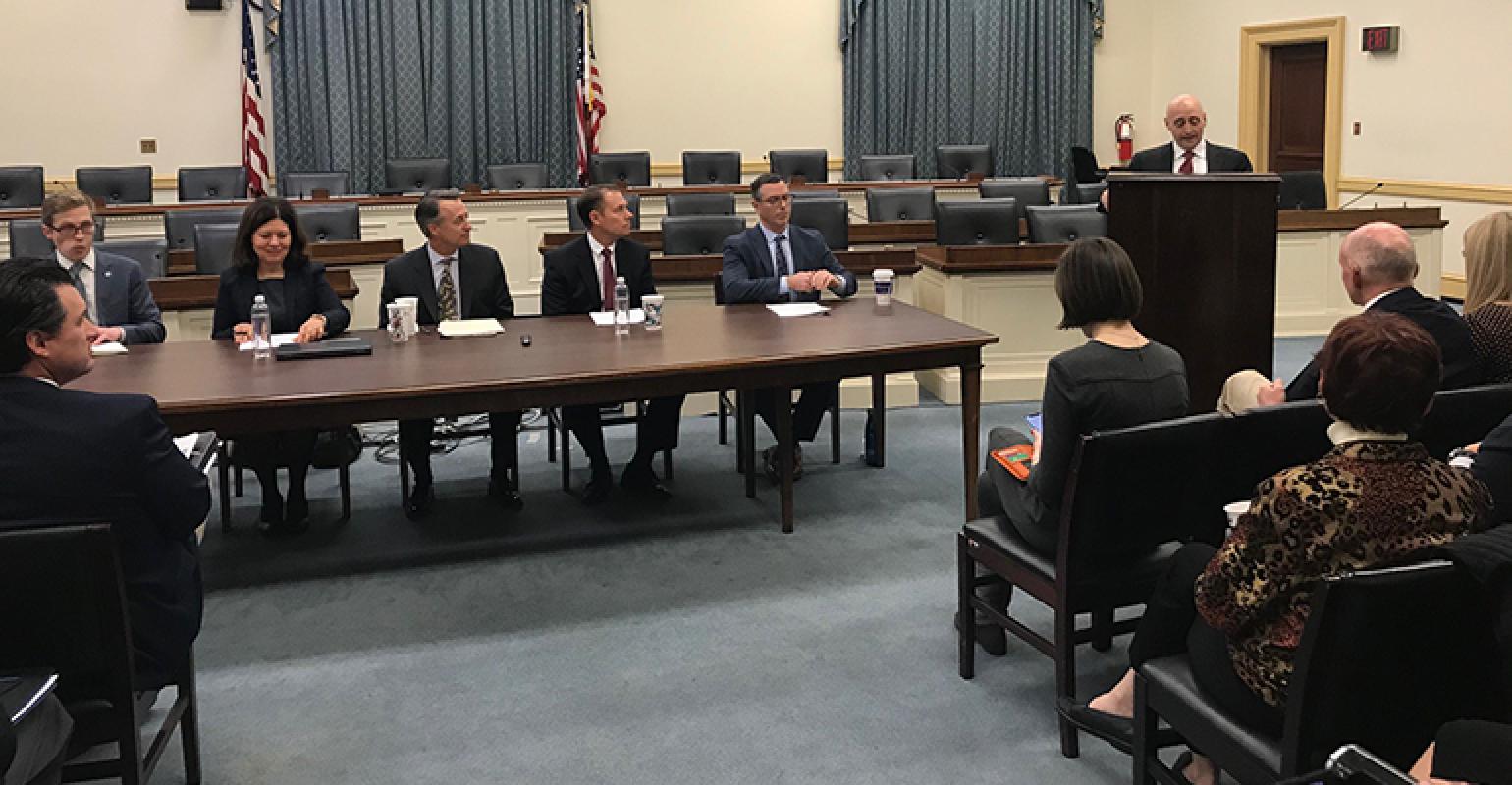 At the briefing, the Institute of Scrap Recycling Industries and the Congressional Recycling Caucus emphasized the importance of Design for Recycling to a sustainable future.

“For ISRI, whose mission it is to promote safe, economically sustainable and environmentally responsible recycling, America Recycles Day provides a unique opportunity every year to gather the attention of Congress on issues of critical importance to recycling’s future,” said ISRI President Robin Wiener, who moderated the event, in a statement. “This year, our focus is on the concept of Design for Recycling. More than 30 years ago, ISRI started the Design for Recycling initiative to encourage manufacturers to consider the ultimate destiny of their products during the design-stage of a product’s development. This concept continues to be highly relevant today, as stakeholders throughout the recycling supply chain in the U.S. and around the globe are working hard to better manage material flow amidst ever-changing supply and demand for recycled commodities.”

“ISRI feels very strongly about the need to recognize the proactive steps made by those manufacturers that have actively incorporated DFR principles into their products and their manufacturing processes,” said Wiener as she recognized Nestlé Waters North America and Dell as past winners of ISRI’s Design for Recycling Award.

Nestlé Waters, which received the award this year for the design of its 100 percent rPET (recycled polyethylene terephthalate) Nestlé Pure Life 700-milliliter bottle and its specially designed pressure-sensitive label. Dell Technologies received the award in 2018 for its Latitude 5590 laptop, which was designed with a removable battery and standardized fasteners, and manufactured free of harmful substance such as mercury and without glues and adhesives that could impede recycling. Dell also utilized gold recycled from used electronic products.

During the briefing, ISRI also released its latest video, “The Economics of Successful Recycling,” which highlights the crucial role Design for Recycling plays in successful recycling.