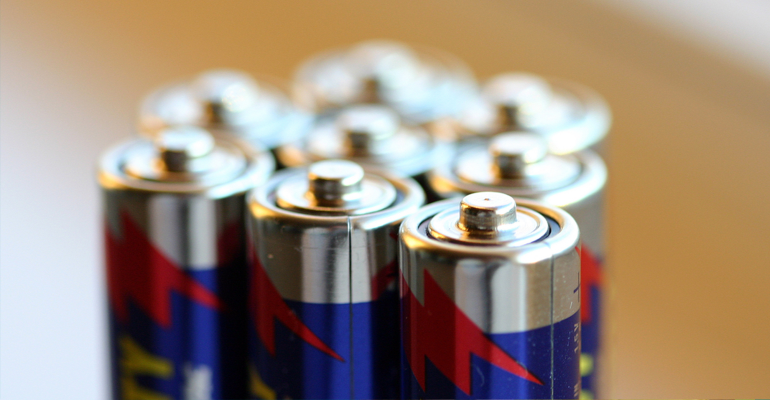 There’s a battery technology shift happening globally:  a move away from wet cells (for example lead acid batteries for vehicles and industrial applications) to dry cells (mainly lithium-ion and alkaline batteries typically used in toys, remote controls, and other consumer products). What’s behind this market trend is the technology’s power and performance, which is driving its incorporation into fuel-saving, start-stop vehicles and a few other products.

More dry cell products will mean big change for recyclers who take on batteries. Few of them manage the dry cell technology now, dissuaded by a lack of collection infrastructure, as well as the complexity and high cost of processing.

Pete Stamp, CEO of KC Recycling based out of British Columbia, is among a few battery processors, who seeing the writing on the wall, is gearing up for the changing stream.

“We think more than half of car batteries will be dry cell in the near future, which means when they are replaced when they are about five years old, we will start to see a shift where all auto lead acid [wet] batteries in the recycling market will be replaced by dry cell batteries,” he says.

Most auto shops, parts stores, and garages can take back and send wet cell batteries for recycling. And some large retailers and municipalities will take wasted dry cell batteries (at least the smaller ones), but they have to go to lengths to ship and process them. To punctuate the resulting problem, with nickel cadmium batteries (one of several dry cell categories) there are only a couple of facilities in all of the U.S. and Canada that will take them.

“We are already close to recycling all wet cell batteries. I think there will be big change on the dry cell side because far fewer are recycled. Many end up landfilled and those who care about waste see the need to address them at end of life, especially as we see huge increases in sales of lithium-ion batteries,” says Carl Smith, CEO and president, Call2Recycle, headquartered in Atlanta.

While the infrastructure to manage them is deeply lacking, there is greater diversity of dry cell than wet cell batteries.  And there’s tremendous opportunity to recycle more of them, or would be if there was better regulatory framework, a more accessible collection system, and more investment in infrastructure, he says.

Dry cell technologies have about five major chemistry categories, from the most common, which is alkaline, to the lithium-ions that are gaining most momentum, to nickel; and then within the nickel category alone there are multiple battery types. There are also multiple ways to process these battery types. Some must be discharged, particularly lithium-ion that could otherwise explode. Managing lithium ions often involves using an acidification solution to neutralize them before they are ground and shred.  Alkaline may be broken down either with heat or a chemical or mechanical solution.

Adding complexity, the “dry cell” batteries emerging in the auto market, called absorbed glass mat (AGM) batteries have some liquid, but less of it than historical batteries.

“Most battery recycling plants use the liquid acid in batteries to separate materials.  With less acid we have to supplement, and one way is to recirculate acid into the process,” Stamp says.

Further, these batteries have fibrous material, which tends to collect on, and gum up, screens that separate large and small fractions.

KC has invested in more automation to clean the screens, since it must be done more often. The company has invested in pumps to recirculate the acid and bought tanks to store it. And it purchased more filtration equipment to remove glass material from liquids. Though having a means to handle this glass is important for reasons beyond the need to purify liquids. It’s as much about the bottom line. Stamp explains:

“If you build a battery recycling plant today you might choose to recycle AGM batteries separate from wet cell batteries so you can capture glass material as output rather than have it mixed with plastics and lead where you lose value,” he says.

There is another economic positive to AGM batteries; they have more lead. And lead is the primary value that drives battery recycling, Stamp says.

Smith thinks that while there is and will continue to be increased demand for recycling of dry cell batteries, there will be no incentive to do it without landfill bans. Though he projects more regulation is around the bend.

“I tend to look at Europe to see where waste policy is going. Over the decades there’s been a lot of environmental policies that end up in the U.S. that originated in Europe, and they have a national and continental commitment to recycle all battery types.

I think ultimately their approaches will arrive on this side of the Atlantic sooner than later,” Smith says.

Though he sees states driving policy and innovation before the federal government.

Most states have regulations around managing wet cell batteries at end of life. And this past year, a few states considered policy to address dry cell batteries, including California whose bill did not move due to COVID-19. Washington, Maine, New York, and Vermont also considered battery recycling legislation in 2020, so movement is happening.

“I think as we recognize in this country the ideals of zero waste and a circular economy there will be more pressure to find structures and mechanisms to recycle more consumer batteries,” Smith projects.

“Many of them have valuable metals, and it would mitigate mining for virgin metals.”