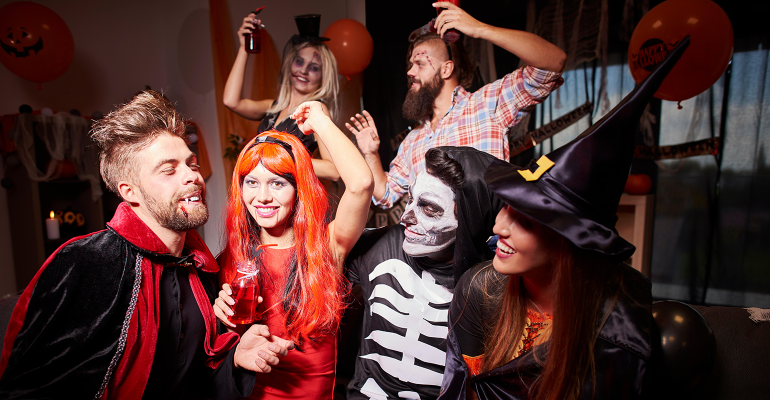 As the Halloween season comes to a close, millions of costumes will begin making their way to landfills, many of which have only been worn a single time. A research report completed by Fairyland Trust and supported by Hubbub examined this Halloween costume waste system and how to potentially reduce the amount of waste sent to landfills.

As the Halloween season comes to a close, millions of costumes will begin making their way to landfills, many of which have only been worn a single time.

Like any other holiday or celebration, numerous corporations jump onto the trends of society to satisfy the wants and needs of the people during Halloween.

Working quickly to remain on trend and offer costumes of popular and topical characters or tropes, many different companies work to quickly and cheaply produce costumes.

Due to this, the production of preprepared costumes made mostly of plastics and textiles booms during this season.

In a research study completed by the family nature charity Fairyland Trust and supported by Hubbub, it was found that roughly 30 million people dress up for the holiday in the UK alone.

Though not everyone from this pool of 30 million people who will dress up for Halloween will opt for this kind of costume, the study did find that 90 percent of families dressing up consider purchasing premade costumes.

With such a high amount of people dressing up and engaging in the public interest to elect for an easy premade plastic costume, many companies tailor to this.

The study surveyed nineteen different major retailers in the country.

In order for these nineteen companies and others to keep up with emerging trends and offer interesting or popular costumes, many lean into a similar production system as fast fashion; which means utilizing cheap and often plastic-based textiles that are difficult, impossible, or very unlikely to be recycled.

Examining the nineteen companies that were surveyed, the study observed 324 total textile items and identified that 83 percent of clothing items and costumes promoted for Halloween were made from plastic.

“Research has shown that plastic in clothing mainly becomes waste which is not recycled, and is often disposed of quickly,” the study notes.

What this means is not only are these costumes often only worn a very few times, but they are also difficult to divert from landfills.

A different study called “A New Textiles Economy: Redesigning fashion’s future” was done by the MacArthur Foundation in 2017 and found that less than 1% of the material used to produce clothing is able to be diverted from landfills to be recycled into new clothing items.

“Unless retailers and manufacturers take action to increase the use of nonplastic alternative fibers such as cotton, viscose and lyocell/tencel’ the huge plastic-waste footprint of Halloween ‘is likely to continue,” states the report.

Researchers call for leaders to enact legislation that would require “better and consistent labeling” from companies as many consumers are unaware of the materials these costumes are made of and whether or not they can be recycled in any way.

In just one Halloween season, the UK produces an estimated 2,079 tons of plastic waste comprised of only Halloween clothing/costumes claims the study.

“This is equivalent by weight of waste plastic to 83 million Coca-Cola bottles.”

While Fairyland Trust’s research only focuses on nineteen companies and their operation in the United Kingdom, it is believed this research is merely a sample size of the same systems at play within the United States and other portions of the world that celebrate Halloween.

“It produces a mountain of extra plastic pollution in just one weekend,” exclaims the report.

With this exorbitant amount of waste in mind, it is important to recognize this is merely one tradition of the holiday in which companies generate difficult to recycle or reuse plastic products.

In the concluding statements of the report, it is noted that this research only examines the total waste of Halloween costumes in the UK, and does not scrape the surface of the other materials produced for the holiday including decorations and candy wrappers.

“The actual plastic-waste footprint of Halloween will be significantly larger than this survey suggests as it does not include food and other packaging, and toys produced and marketed for Halloween,” the report states.

With several potential suggestions to minimize this waste in the future featured in the research report, Fairyland Trust is sure to note they have a history of personally reaching out to retailers to urge them to avoid selling new plastic Halloween costumes in the future.

One day after Halloween and some of these plastic costumes will already be hauled to landfills, however, it is never too late to advocate for a change in that system for next Halloween season.