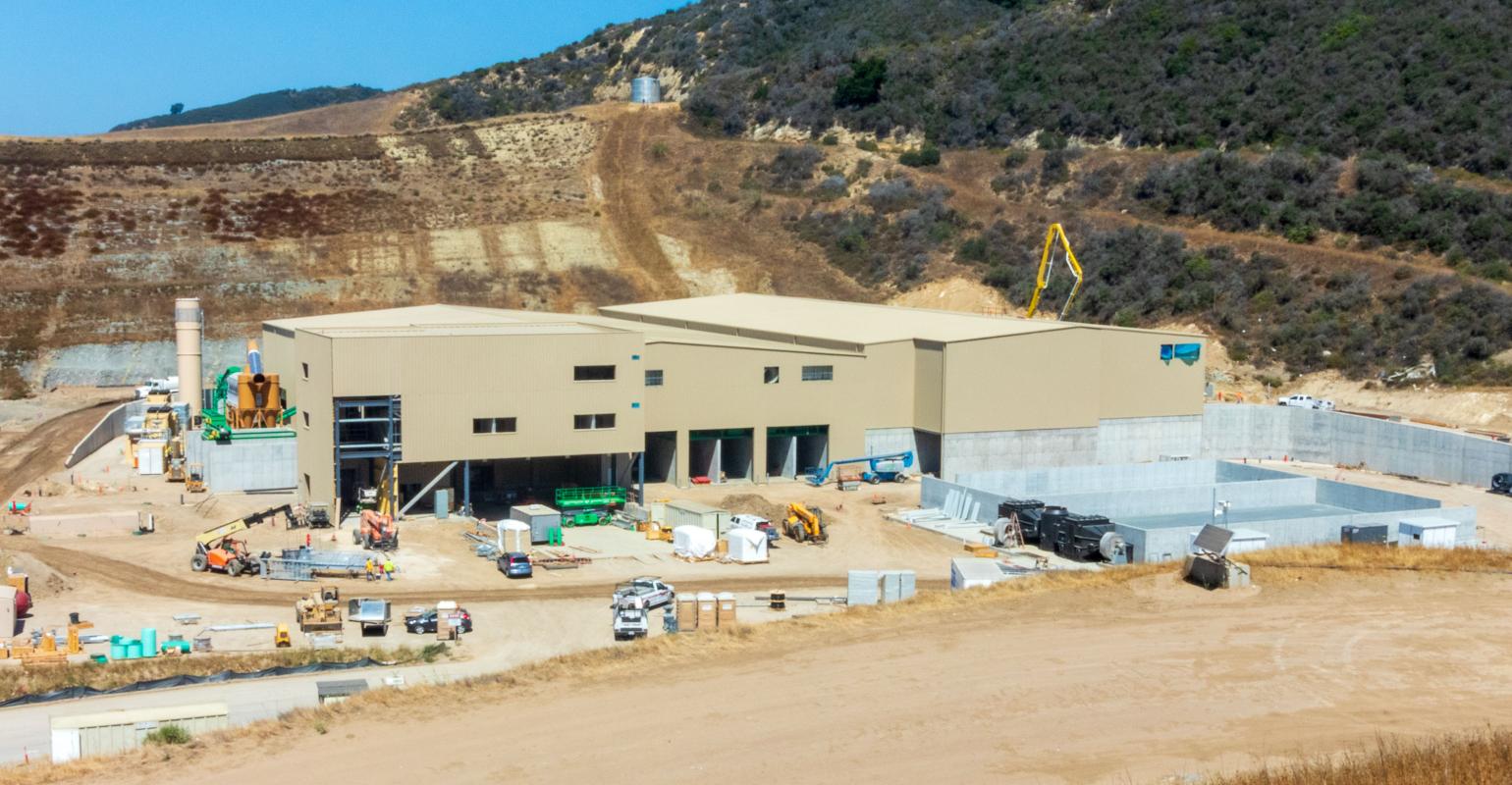 July 7, 2020 -- The Santa Barbara County Public Works Department has been looking for ways to improve recycling programs and overall diversion from landfilling for the past decade. Their Tajiguas Landfill serves the South Coast and Santa Ynez Valley areas of Santa Barbara County and accepts around 200,000 tons of material each year. To align with new State laws that mandate increased diversion rates and reductions in the amount of organics sent to landfills, Santa Barbara County invested in the ReSource Center. This project, built on the Tajiguas Landfill will simultaneously address new mandates through increasing recycling, composting organics currently being landfilled, and reducing the landfill’s carbon footprint.

Set to be fully operational by early 2021, the first phase of the project is a new MRF (materials recovery facility) that will process municipal solid waste (MSW) collected from the area, separating recyclables and organics from the trash. At the MRF, two 3D trommel screens, various sizing screens, air density separators, three elliptical separators, and 11 optical units will recover and separate paper and containers. MRF equipment is supplied and installed by Van Dyk Recycling Solutions, Norwalk, CT. Installation is nearing completion and is set to begin start up and commissioning by fall of 2020.

The recyclables captured at the MRF are baled and sold to market. The organics captured at the MRF move on to second phase of the project, the anaerobic digestion facility. Here, organics are broken down and turned into compost and renewable energy. The energy generated by the ReSource Center (which also includes an existing landfill gas collection system) will be enough to power the system itself as well as 2,000 local homes per year.

The county estimates about 60% of incoming MSW material is either recyclable or compostable. The MRF is expected to recover that fraction (composed of roughly equal parts recyclables and organics) from the MSW, significantly reducing the county’s landfill contributions. This will extend the life of the landfill by up to a decade, while significantly reducing greenhouse gas emissions. In fact, the project will be the largest reducer of greenhouse gases in the county, slashing 117,000 metric tons of carbon dioxide from the landfill’s output (the equivalent of taking 29,000 cars off the road) each year.

For more information on this project: