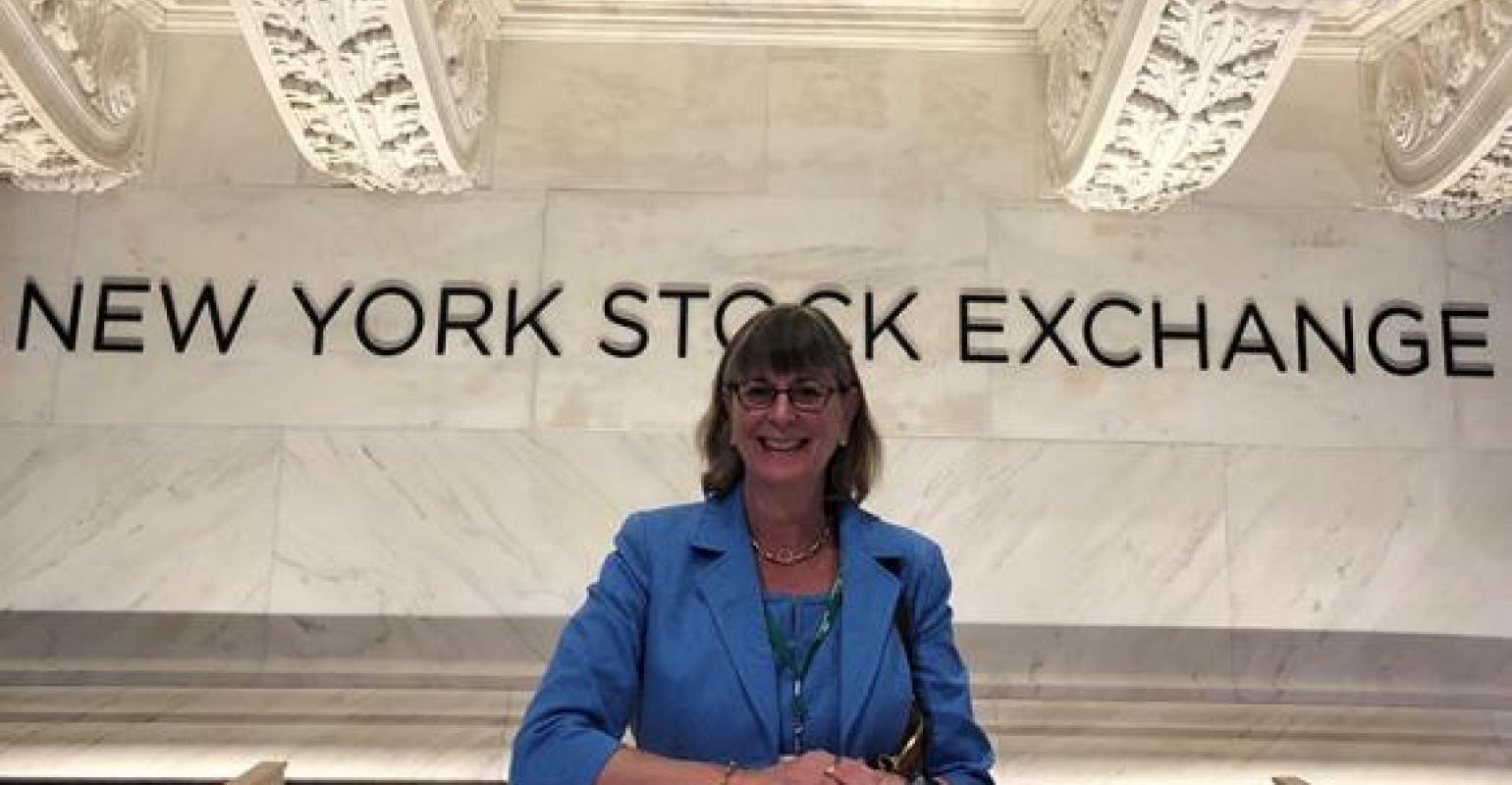 During the month of November, there were a number of recycling events, a new recycling goal from the Environmental Protection Agency (EPA), as well as new EPA solid waste data. In this month’s edition of Waste360’s Business Report, we synthesize and present highlights from several major summits and reports.

New Facts and Figures Out of the EPA

On November 12, the EPA released its regularly published report “Advancing Sustainable Materials Management: Facts and Figures” for 2018, the first report encompassing data post China’s National Sword Policy. In light of that, it is perhaps unsurprising that the national recycling rate (including composting) dropped to 32% from 35% in 2017, a level around which the recycling rate has been hovering for more than a decade. However, some, if not most, of the decline can be attributed to a change in methodology in the way the EPA measures food waste, as an additional 17.7 million tons were added to generation from alternative food waste management pathways. This is underscored by the fact that the recycling rate of paper increased and the plastics recycling rate was unchanged, which seemingly would have been the two categories most impacted by National Sword. With the additional food waste category, the generation of waste rose nearly 9% to 292 million tons, and generation per person rose to 4.9 pounds from 4.5 pounds. Adjusted for this, municipal solid waste generation (MSW) rose a more typical 2%. Since 1990, the compounded annual growth rate of waste generation has risen just over 1%. In 2018, the percentage of the waste handled by waste to energy and landfill was 12% and 50%, respectively, fairly consistent percentages with recent years. That said, landfill tonnage rose in 2018.

With regard to the composition of MSW, paper, food and plastics comprised the largest categories at 23%, 22% and 12%, respectively, though that represents a large decline for paper, while plastic waste has risen from 8% in 1990 to 12% in 2018, not a surprise to anyone managing the waste stream!

In conjunction with its third annual America Recycles Summit, which was held on November 17, the EPA released the first national recycling goal. Dubbed 50 by 30, the national goal calls for a recycling rate of 50% by 2030, and Summit participants noted and praised the focus on recycling within the EPA and the importance of a new national recycling goal to galvanize action. During the Summit, the EPA also spoke to the positive economic benefit from recycling, noting the 681,000 jobs and $5.5 billion in tax revenues.

Roadmap to the Goal — The EPA’s National Recycling Strategy

The EPA has also recognized the current challenges facing the industry and the roadblocks to achieving its goal. As industry participants have frequently pointed out, the current value of the recycled materials do not support the increased cost of recycling. Thus, the EPA also proposed three main objectives, and action points, in its draft National Recycling Strategy, which it discussed in more detail at the America Recycles Summit. The first objective is to reduce contamination in the recycling stream, with a concerted education outreach program as the main action to be taken. In order to measure progress on this objective, the EPA noted that it would use the contamination rate as the metric. The second objective is to increase processing efficiency, and efforts will be undertaken to assess current recycling infrastructure and needs. The EPA also noted other efforts across several government agencies to fund research and development into new technologies and promote product design changes to increase recyclability. Progress will be measured by the processing yield, or the amount actually processed into recycled commodities as a percentage of the total amount processed. The third and final objective is to improve domestic markets for recycled commodities, with actions comprising increasing the demand through federal procurement programs and evaluating recycled commodities use in the manufacturing feedstock. The measurement that will be used to monitor progress will be the commodity value per ton. The EPA intends to take comments and develop the roadmap in early 2021 and put it in place in the second half of 2021.

Over the two days immediately following the America Recycles Summit, the Institute of Scrap Recycling Industries (ISRI) and the Solid Waste Association of North America (SWANA) held their virtual MRF Summit, and the topics discussed at this summit mirrored and dovetailed nicely with the EPA’s summit and the national recycling strategy.

In the kickoff session “Where Policy Meets the Road: Federal Initiatives to Spur Recycling”, the EPA’s Assistant Administrator Peter Wright recapped the federal efforts that had been discussed at the America Recycles Summit the day before, and Robin Wiener of ISRI and David Biderman of SWANA reinforced the importance of a national leadership position on recycling. Sarah Peery of Senator Rob Portman of Ohio’s Office also discussed recent congressional action, notably the bipartisan RECYCLE Act and noted the recent proliferation of proposed recycling legislation.

In the session “Improve MRF Efficiency and Productivity through Technology”, it was noted that over the past decade or so, the number of materials being processed has grown from roughly 8 to more than 30 (given all the packaging changes), while average contamination rates have risen from 7% to over 25% in the same timeframe. The net effect of this has been to materially devalue the recycled commodity, while it was estimated that MRF costs were up more than 75% over the last decade. Session participants discussed both optical sorters and artificial intelligence-enabled robotics as at least partial technological solutions to these issues at MRFs. Both the technology and the industry have made huge strides in this regard. In particular, it was noted that when the first robots were introduced, they could do about 10 to 20 picks per minute, but they are now up to 70 to 80 picks, roughly double the human pick rate of 30 to 40 that is normally assumed, with the additional benefit of added safety from taking people off the sortation line. The AMP Robotics representative noted that 2x-3x the number of robots have been employed in just the past year from prior years — robots in the field now number several hundred.

In the “Cut Contamination at the Curbside and in the MRF” session, several industry participants, both private and municipal, discussed what they had found that works. Consistently, an education outreach program was cited, as well as the good old fashioned manual process of route audits and lifting lids. The results of these, combined with the use of “oops” tags and refusal to pick up contaminated recycling bins, was also considered to be very effective.

In the “MRF Recycled Commodities and Demand Innovations“ session, representatives from Strategic Materials, Nestle and Pratt Industries (who addressed glass, plastic and paper recycling, respectively) talked about the importance of several factors specific to those material streams. Curt Bucy of Strategic Materials spoke to “myth busting”—pointing out that glass is very recyclable under the right circumstances, and with the right equipment, does not represent a contamination risk to the overall stream. Nestle’s John Caturano noted that increased recovery efforts are necessary to enable brands to meet their minimum recycled content pledges—for example PET would need to be recycled at 85% to meet the projected need. Kurt Schmitz of Pratt noted that the demand is there for recycled fiber in the manufacturing feedstock—the issue is quality of supply, particularly from residential programs. Although less of an issue for fiber, the participants noted the need for mandatory recycled content requirements to really strengthen domestic market demand, echoing comments made repeatedly throughout both summits.

Wrapping up the MRF summit was the session “What’s coming in 2021: Global Market Development Opportunities and Challenges”. Adina Renee Adler of ISRI discussed four areas of focus. First, the Basel Convention — certain mixed plastics will be brought under the auspices of the Basel Convention, likely resulting in some type of increased restrictions. Second, she noted that China is expected to ban all recycled commodities in 2021, but it looks like they will still continue to import pulp.

She also addressed key markets in Southeast Asia, notably India, Indonesia and Malaysia, which are expected to enforce greater restrictions and higher quality standards. Finally, she talked about the European Union’s (EU) Circular Economy initiative, which involves keeping recycled commodities generated in the EU in the EU — potentially restricting both imports and exports — which may impact global recycled commodity prices.