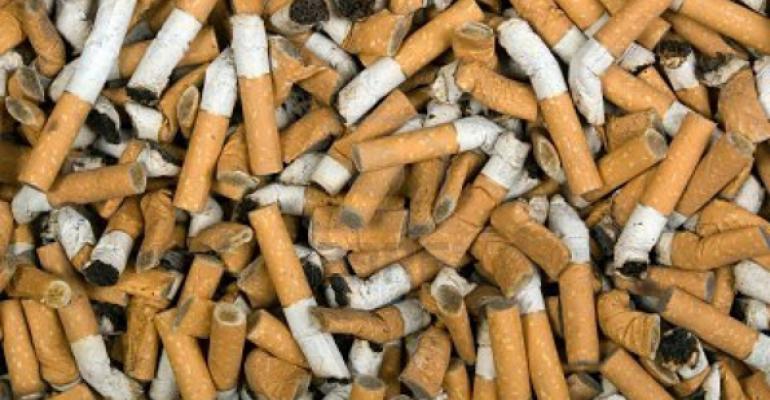 Mike Roylos is old enough to remember when offices, restaurants and other businesses featured strategically placed ashtrays. Though they were filthy and smelly, often holding a still-smoldering cigarette, they served a purpose.

Today, ashtrays are long gone. Smoking rates are down, and those who do smoke, must do so outside those offices and restaurants. You’ll see them, Roylos says, near the building door or ducking behind a wall, dodging the wind so they can light up.

And when they’re done? Typically, they crush out the butt on the sidewalk near that door.

“Smokers want to do the right thing,” he said, but they have few options for disposing of the spent cigarette.

A former three-packs-a-day man, Roylos has invented, or at least perfected, an ashtray for the times. The “Buttler,” as he dubs it, is becoming a fixture around downtown Portland. The innovation was prompted in part by government action.

The city passed an ordinance two years ago prohibiting tossing a cigarette butt on the ground or into a storm drain. Violators face a $100 fine. But still, the littering continues.