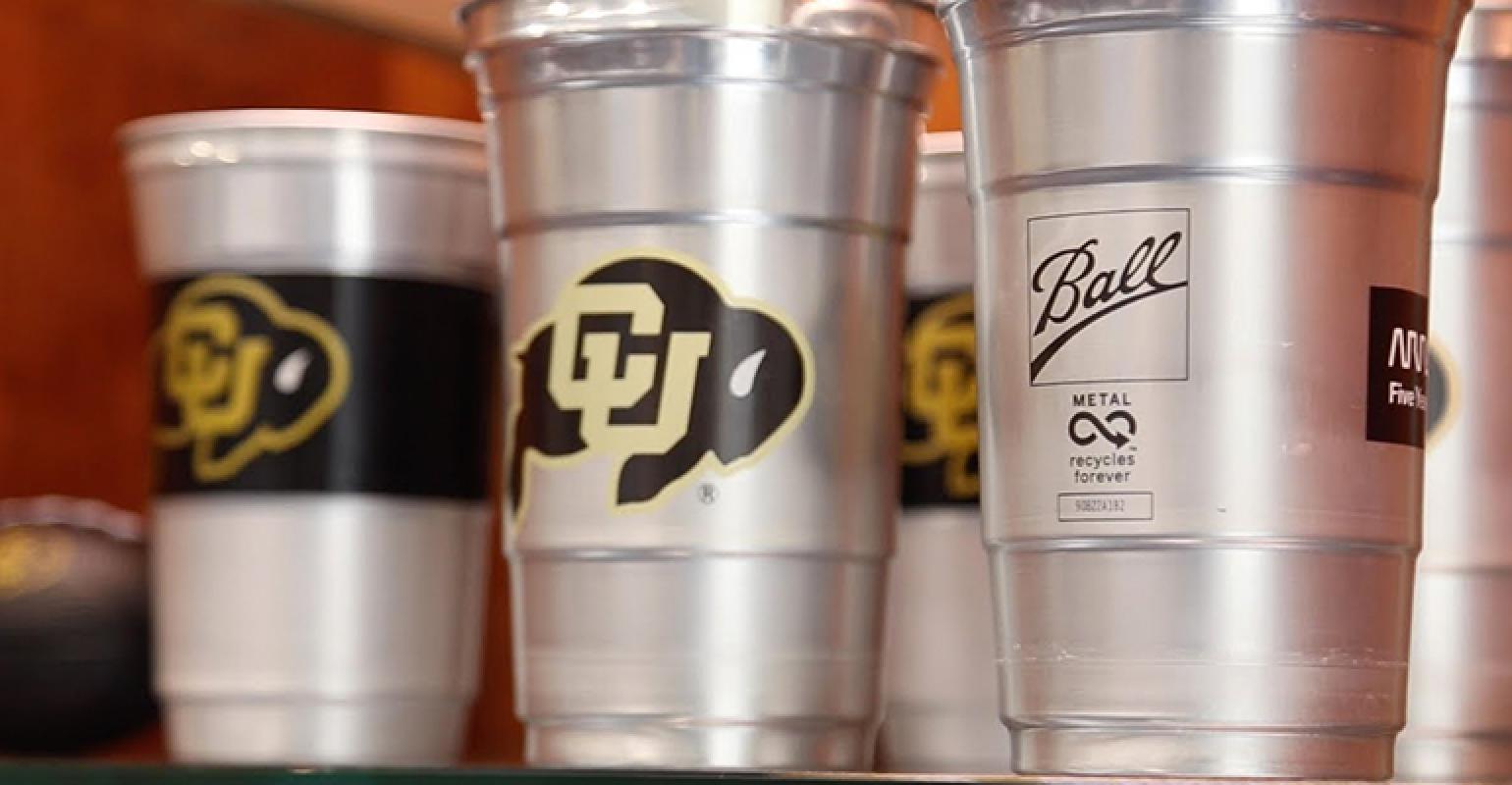 Ball Corporation and CU Boulder are introducing a recyclable aluminum cup to collegiate football fans for the upcoming season.

Ball Corporation and the University of Colorado Boulder (CU Boulder) announced a partnership to introduce Ball's recyclable aluminum cup to collegiate football fans at CU's Folsom Field during the 2019 football season. The lightweight aluminum cups will debut during the Colorado Buffaloes' home opener against the Nebraska Cornhuskers on September 7.

Ball designed the aluminum cups in response to growing consumer preference for more sustainable products. The CU Athletic Department, which debuted its NCAA Division I athletics sustainability program in 2008, said it will be the first collegiate venue in the nation to introduce the aluminum cups to sports fans.

"Ball and CU have a long history together, and we're proud to team up with them to pioneer sustainable solutions in our industries," said John A. Hayes, Ball's chairman, president and CEO, in a statement. "With CU's commitment to sustainability, the university is the ideal partner for piloting our new aluminum cup at the collegiate level. Sports fans are becoming more mindful about the impact their everyday choices have on the environment, and we're excited to offer them the opportunity to enjoy their favorite beverage at the game in our infinitely recyclable aluminum cup."

The partnership is part of Ball's recently launched pilot program, which will produce a limited supply of aluminum cups through 2020 to meet customer demand from major sports and entertainment venues seeking to replace plastic cups.

At CU Boulder, the move will significantly reduce plastic use in the stadium this season, with the university's goal of becoming plastic free in its sports venues by 2020.

"As an Athletic Department and university, we are proud of all we have done thus far and will continue to do in reducing our carbon footprint," said CU Athletic Director Rick George in a statement. "We are thrilled to partner with Ball on this important project. Being conscious of the environment is not only the right thing to do, it sets an example for our fans and everyone else watching that they should make sustainable choices, too."

Since debuting Ralphie's Green Stampede in 2008, CU became the first major college sports program to implement a zero waste program in all gameday venues. In 2016, a major athletics facilities upgrade achieved Leadership in Energy and Environmental Design Platinum certification from the United States Green Building Council thanks, in part, to a net-zero energy indoor practice facility that boasts an 850-kilowatt rooftop solar array.

The Athletic Department's commitment is aligned with campus sustainability values as well. Recently, the university's College of Engineering and Applied Science headquarters announced it will become the first academic building on campus to be entirely plastic free for single-use beverages. And in early 2018, the university joined 12 other major research universities as founding members of the University Climate Change Coalition, which has committed to mobilize members' collective resources and expertise to accelerate local and regional climate action in partnership with businesses, cities and states.