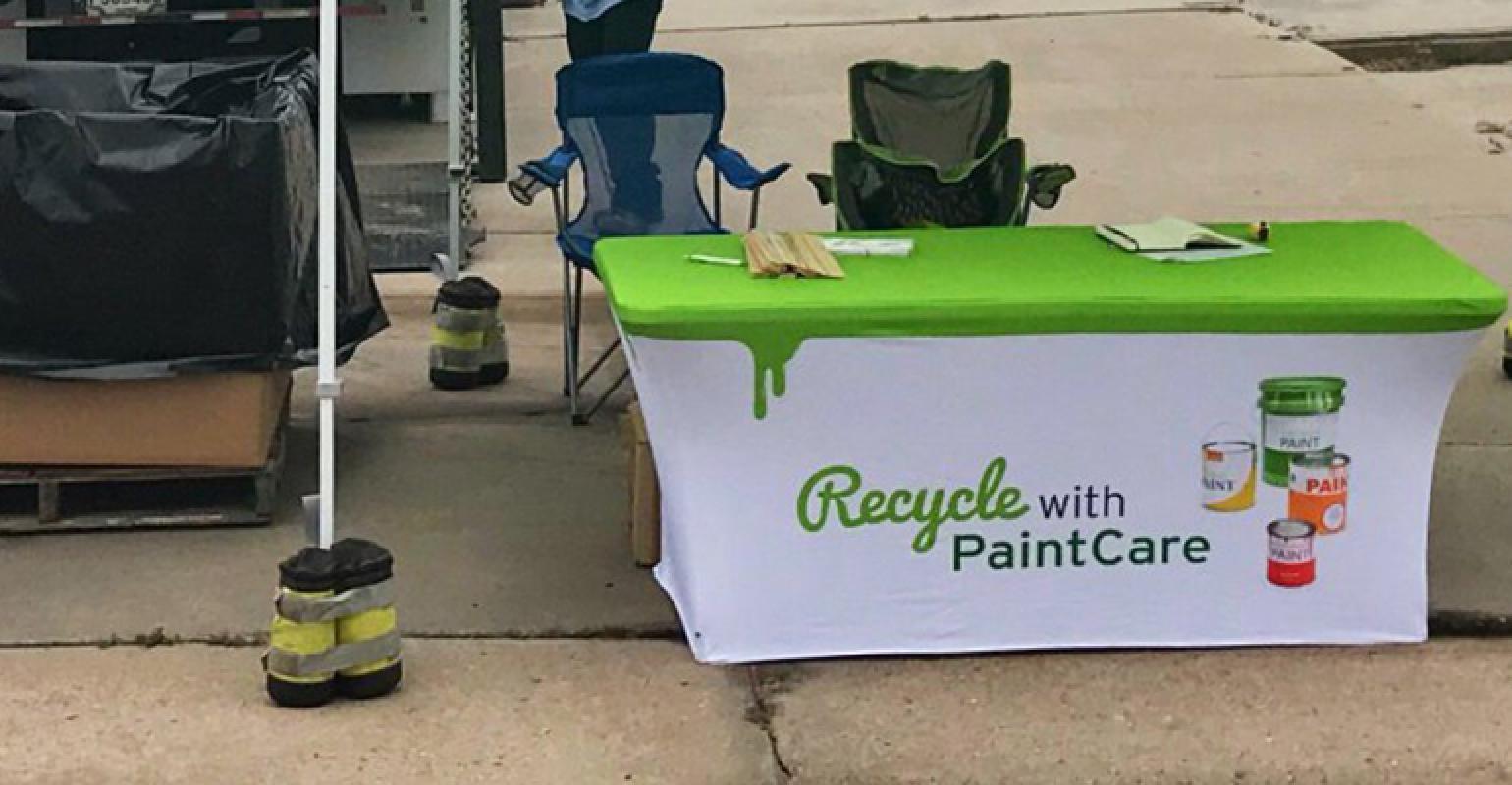 Two companies have been awarded grants of $100,000 each to develop their ideas for recycling latex paint into new products.

PaintCare announced the winners of its inaugural Innovative Recycling Grant Competition. Englewood, Colo.-based GreenSheen and Sacramento, Calif.-based Visions Recycling were awarded grants of $100,000 each to develop their ideas for recycling unused latex paint that is not used to manufacture new paint products.

“The majority of the latex paint that recyclers manage is recycled into new paint products,” said Fred Gabriel, PaintCare’s director of operations, in a statement. “However, there are limited recycling options for a fraction of the latex paint recyclers receive, such as paint in unmarketable colors or paint that is dried or spoiled. PaintCare believes that there is potential for developing new recycling technologies to address this need, but more support is needed to advance these ideas toward commercialization—and that’s precisely what we set out to do with this competition.”

GreenSheen will use grant support to formulate and test a new acrylic polymer admixture made of waste latex paint that will act as a partial replacement for mix water in the production of concrete. Based on the test results, GreenSheen will identify end uses and conduct market analysis. According to its proposal, GreenSheen anticipates the product being marketable, based on research showing admixtures improve various desirable properties of concrete.

Visions Recycling, a subsidiary of Visions Quality Coatings, is dedicated to creating blends of recycled paint. Funds provided by PaintCare will be used to conduct testing, market analysis and operations expansion to commercialize the production of pre-cast concrete products using unwanted latex paint.

“I would like to thank PaintCare for their continued support, and for the $100,000 grant,” said Jerry Noel, president of Visions Recycling, in a statement. “Visions Recycling has been recycling latex paint since 2001 and is so pleased to work with PaintCare and its wonderful staff. Visions believes that exploring alternative uses for leftover and unwanted latex paint is good for the environment as well as the industry. We are truly grateful for the opportunity to work for such a great organization.”

PaintCare’s Innovative Recycling Grant Competition included a third opportunity funded by its program in Connecticut. No qualified submissions were received for that state.