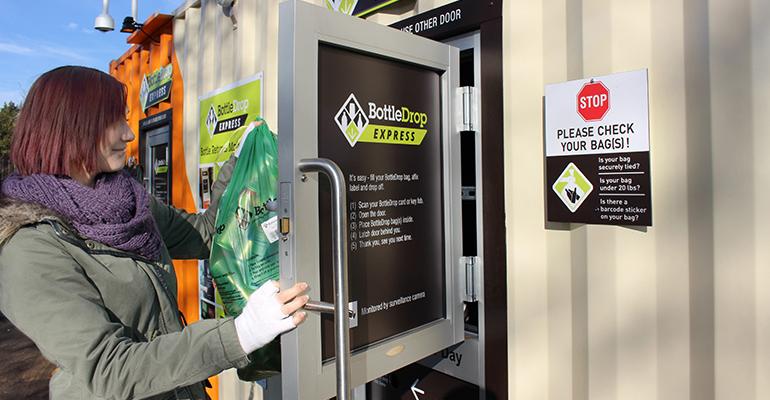 Through the partnership, Oregon consumers can directly deposit their bottle refunds into a state-administered college savings account.

Oregon’s bottle deposit redemption program has been in operation for 50 years, with ongoing expansions. And now, the Oregon Beverage Recycling Cooperative and state treasurer have partnered to take the program even further.

While consumers have long received cash or store credit for groceries when they return emptied bottles for recycling, they now have another option. They can directly deposit their refunds into an Oregon college savings account. The state-administered savings plan links to its Bottledrop account.

As of November 2019, participants can tap into a secure transfer process. They manage their accounts from a website portal created solely for this program. Oregonians put money in one of 15 interest-accruing investments or savings options, including stock market investments and a Federal Deposit Insurance Corporation, which is a secured banking option.

This concept—marrying incentives to recycle with a mechanism to save for higher education—was born from a conversation between Jules Bailey, chief stewardship officer of the industry-run Oregon Beverage Recycling Cooperative, and state Treasurer Tobias Read.

“They had previously served on the state legislature together and began discussing how they could collaborate to incentivize savings for college. This was the early genesis of the partnership,” says David Bell, deputy director for the Oregon Savings Network.

The network is a division of the Oregon State Treasury that manages the Oregon College Savings Plan, which provides tax incentives to save for higher education.

For the Treasury, buying into the concept was a “no-brainer,” says Bell.

“The Treasury’s biggest goal is to help people save for their future. By getting innovative with partnerships like BottleDrop, we are creating a win-win for the environment and families saving for that future,” he says.

Monies put into the Oregon College Savings Plan can be used for expenses at any accredited, post-secondary institution.

Over time, Oregon Beverage Recycling Cooperative has added other programs for people who recycle.

“For instance, consumers get a 20 percent higher return if they spend their refund in stores [where they receive the refund], or they can donate refunds to one of over 2,000 registered nonprofits. And we have the BottleDrop Greenbag program where consumers sign up for a BottleDrop account, take greenbags home and drop them off once they’re full. They avoid waiting for someone to manually count containers or having to load them into the machine,” says Joel Schoening, community relations manager, Oregon Beverage Recycling Cooperative. 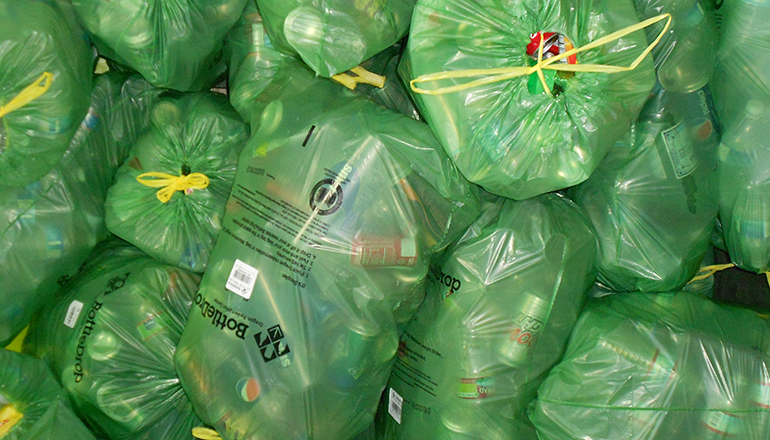 “The Oregon College Savings Plan was the next step in our search for adding value to the bottle return experience. It’s another way to encourage people to recycle,” he says.

More than 85 percent of Oregon’s beverage containers are coming back for recycling, which in 2018 amounted to nearly 2 billion containers. Schoening expects the research now in progress will show similar or higher return rates for 2019.

“Connecting to Oregon College Savings Plan is representative of our attempt to provide easy, beneficial ways for people to engage in Oregon’s recycling system. It’s great that a family can take their kids and empty containers to a BottleDrop and talk about topics like being smart with your money and smart with your materials so they don’t go to landfill,” says Schoening.

Nick Munson-Phelps is one of the early participants in the new program; he heard about it before it launched as he is the BottleDrop refillables manager for Oregon Beverage Recycling Cooperative.

He participates in a few 529 college savings plans, which he finds to be economically on par, but this plan is more user friendly, he says.

As a father of a three- and five-year-old, he is starting by transferring $50 per month per child. About $7 to $10 a month is coming from the 10 cents per beverage container refund.

“We will increase as our income allows, and we expect the college savings plan to mature at around $30,000 to $40,000 per child when they’re ready to start college,” he says. 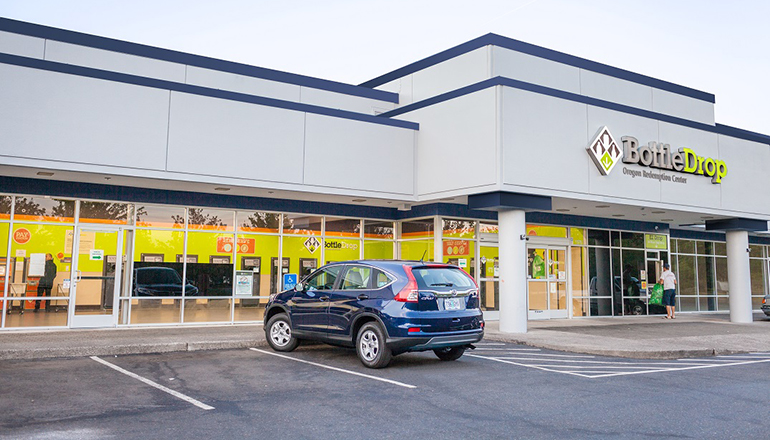 While a relatively small portion of what he puts away will come from bottle deposit refunds, they will add up over the long term. But he’s thinking they will have more than monetary value.

“When my kids are older, I’m looking forward to teaching them about the linkages between deposits and recycling,” he says.

He and his kids collect the containers and take them to BottleDrop together. They help him scan the card and put the bag into the drop door.

“They’re young, but they’re learning how the whole system works,” he adds.

Another side benefit is being able to have the conversation about the expense of college.

“It is a fact of life—and better understood early than too late—that college is one of those epic life expenditures. We hope that this notion is somewhat comprehended by the time they enter college, with possible benefits of treating school with more gravity and having less debt on the other side,” says Munson-Phelps.

Through the BottleDrop program, consumers return bottles and cans to one of more than 50 locations. The containers and refunds accumulate substantially over time.

"We know that no matter where you live in Oregon, every penny adds up, and we want to make it easier for everyone to start saving for their future today," said Tobias in statement.