NYT Details Why Recycling is Down in New York City 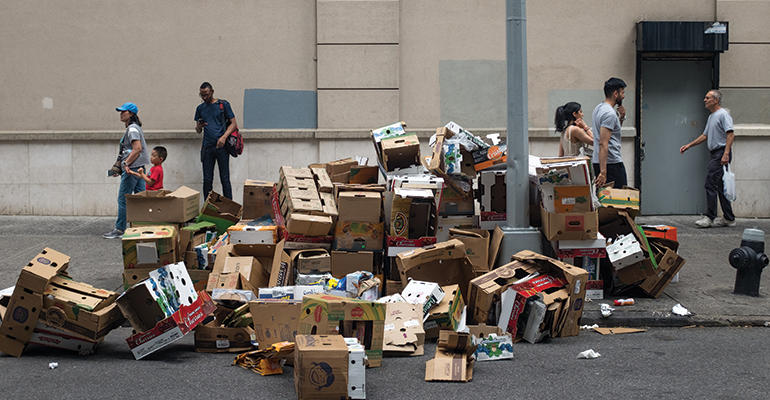 Officials in New York City have vowed to improve recycling for decades. However, New York, which recycles roughly a fifth of its waste, still lags behind major cities like Seattle and San Francisco, which recycle more than half of their waste, The New York Times (NYT) reports.

Recently, multiple media reports have scrutinized New York City Mayor Bill de Blasio for failing in his efforts to reduce the amount of waste disposed of by 90 percent by 2030 and send zero waste to landfills by that point.

If you are a New Yorker and sort your recycling at home, as city law mandates, you probably wonder, as you rinse bottles and stack junk mail and scrub yogurt containers: Does all this effort make a difference?

Well, yes, but not nearly as much as it could. New York City recycles only about a fifth of its garbage — 18 percent of trash from homes and about 25 percent from businesses — according to the city’s Department of Sanitation.

Yet seven years ago, Mayor Michael R. Bloomberg vowed to double the residential recycling rate to 30 percent by 2017.