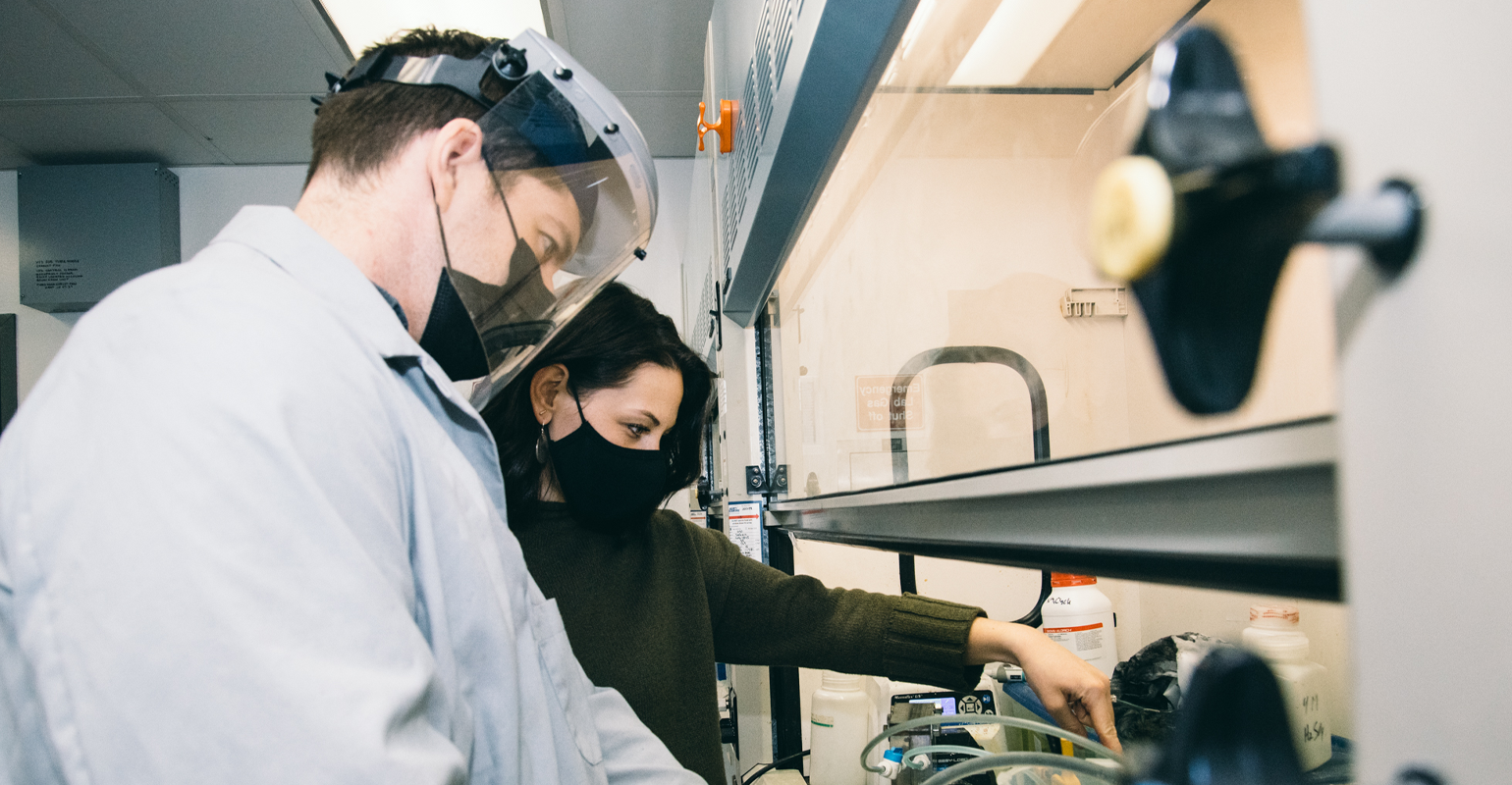 When Megan O’Connor was working on her PhD in civil and environmental engineering, she became keenly aware of sustainability issues around recovering metals from spent batteries to put into new ones. She was hearing of end-of-life-related pain points directly from electronics manufacturers who depend on batteries in volumes. A few years later she launched Nth Cycle to try and develop a better way to recover metals from these products to divert them from landfill while boosting supply. She raised $3.2 million to take her technology further and is about to launch a commercial-scale pilot.

Nth Cycle is mainly targeting wasted lithium-ion batteries, though has worked with low-grade ores and other electronic and mining waste.

“We can process in a cost- and environmentally effective way compared to standard, existing methods. We can reduce operating costs by 75 percent and also reduce greenhouse gas emissions by 75 percent [determined using a Department of Energy  battery recycling model],” O’Connor says.

The technology leverages an electrified filter to recover metals,  depending on electricity rather than the traditional method of using chemicals.

Nth Cycle combines two standard processes, though with some tweaks: 1)Wastewater membrane filtration, which removes impurities from water. 2) And electrowinning, which is used in mining metals and typically entails dipping large sheets of stainless steel in copper waste; electricity is applied to the sheets enabling the copper to adhere to them.

But what’s different about Nth Cycle’s process is that instead of using stainless steel sheets, which is expensive and takes up space, it uses a carbon filter, which enables a smaller footprint.

“With this modification in electrowinning, and by combining these two processes in one step, we can process faster, cheaper, and with a smaller footprint. We can extract cobalt and nickel and are looking at rare earth metals,” O’Connor says.

When she was studying at Yale University, she sat in on meetings with industry leaders from Apple, Dell, and other electronics manufacturers. She heard of problems they were seeing, and waste management was coming up repeatedly as a huge issue; they were acknowledging they would have to address it. But technologies were too expensive. It was cheaper to landfill.

They faced another related problem: a lacking supply chain.

Over 65% of cobalt, a main component in batteries, is from the Democratic Republic of Congo, according to O’Connor.

“It’s a politically unstable region, so it’s difficult to source cobalt from there, meaning as we put more electric vehicles out there will be a large shortage of cobalt. We are so reliant on primary sources of this and other metals in order to keep electrifying fleets and develop other sustainability goals. And this will increasingly be a priority with the new White House administration [that prioritizes green energy],” she says.

O’Connor spent three years at Yale designing the technology, and then a few years scaling and finding advisors. Now with funding from Clean Energy Ventures (CEV) she is bringing her work from the lab to a pilot, a project that she says will be able to process 500 tons per annum per unit. The units are modular so they can be set up at processors’ sites.

CEV looked at over 100 battery recycling technologies, and CEV  managing director and co-founder Daniel Goldman says Nth Cycle was the first innovation that the investor believed can scale quickly and help mitigate 2.5 gigatons of carbon emissions by 2050, which was a key factor in its decision to back the company.

“As we scale up production of batteries … we need to figure out how to recycle, reuse, and repurpose metals and other materials to reduce waste and secure a domestic supply of critical minerals to meet growing demand and avoid reliance on other countries. Today, only five percent of lithium-ion batteries are recycled due to complicated and capital-intensive recycling processes. Nth Cycle’s electro-extraction solution is a lower cost, more versatile, and more environmentally friendly method than conventional battery recycling. Its solution combines strong intellectual property, an innovative business model and [potential to] scale rapidly and expand the circular supply chain of critical minerals for batteries,” Goldman says.

He believes Nth Cycle will have a strong presence globally, pointing to   North America, Europe, Asia, and Australia whose mining companies can utilize this type of technology for improved recovery in mine tailings.

Oak Ridge National Laboratory (ORNL) is also behind the startup. The  $2-billion-annual material science lab is funded primarily by DOE and runs Innovation Crossroads, which facilitates a fellowship program to support early-stage hard technology (not software) entrepreneurs. O’Connor was selected as a participant.

“Energy storage in general is a major focus of the lab and the DOE, and critical materials are becoming an increasing focus, so Megan and Nth Cycle fit in well,” says Dan Miller, director of Innovation Crossroads ORNL.

Especially notable in Miller’s view is that Nth Cycle is not just developing technology but developing a potential sustainable domestic source for materials for batteries and energy storage—and in a way that  supports stakeholders in the existing supply chain.

“Megan’s focus has been developing a modular approach, which fits in with other potential partners, whether reclaimers or recyclers. With this modular design she can tailor to these different partners. It can be adapted because she does not have to build a factory. Rather she can locate her equipment at supply chain partner facilities and can size it to whatever size it needs to be.

Flexible processes like this will enable reclamation and recycling of a lot of material in a more cost-effective manner,” Miller says.

O’Connor will look to her first pilot partner to determine what integration issues she may run into with different companies.

“This pilot will help us identify many of those challenges. It will help with general questions about installing and running the system on site,” she says.

The pilot is with a feedstock supplier, but she says she is in talks with off takers. Once this first project is complete, she says she will pursue funding to bring the system to different customers in more industries with varied applications.

“We are in talks with potential customers in many fields – not just waste management. And we are going after a variety of feedstocks from end-of-life materials as well as feedstocks from mining,” she says.