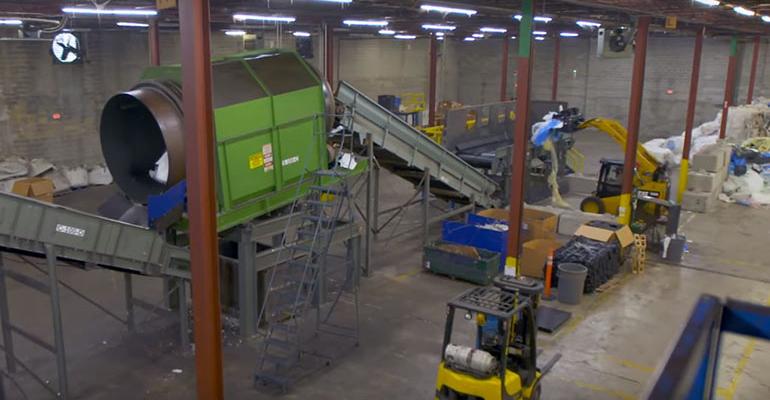 Nexus and Shell have entered an agreement where Nexus will sell to Shell pyrolysis liquid made from plastic via thermal depolymerization.

Chemical recycling, the process of leveraging thermal depolymerization to break down plastics, is gaining traction, bypassing tough commodities markets that compete with fossil fuel to make products such as film, airplane parts and furniture. But not many producers are churning out product in large volumes now, though two partners may be on their way to stepping up production.

Atlanta-based technology developer Nexus and petrochemical giant Shell have entered an agreement where Nexus will sell to Shell pyrolysis liquid made from plastic via thermal depolymerization. Shell will convert the material to ethylene and mix it with its existing cracker ethylene feedstock at its refinery in Norco, La., to make virgin plastic and other chemical feedstocks.

“We have a single commercial prototype plant, and we are making modifications and upgrades to increase production. As of January, we have made 85,000 gallons of material, which is about 290 tons at this full-scale plant. Now, we are ramping up from there,” says Jeff Gold, CEO of Nexus.

“During this trial and testing phase, we are buying a small amount. Our plan is to build up volumes at our Norco plant over the coming year. … we will use 1 million tons of plastic waste a year by 2025 [working with multiple partners]. And depending on the specific pyrolysis process, 1 million tons will make about 700,000 tons of pyrolysis liquid,” a Shell spokesperson told Waste360.

Several companies are striving to market these technologies, though most of them are making it in smaller quantities, according to Gold.

“We are doing this at, relatively speaking, significant quantities. We are doing thousands of gallons versus a few drums. With Shell, we will make a commercial impact,” he says.

Nexus began looking into pyrolysis to break down plastics to oil in 2008 after Gold read about a European company leveraging the technology using grocery bags as feedstock.

“That was the beginning of our effort to determine if this was real technology and if it was economically feasible,” he says.

He built on knowledge he gained from a global remediation company he owns called Integrated Environmental Services, focused on constructing chemical processing systems. But while the controlled system and mechanical components are common to most industrial processes, the technology was quite different. 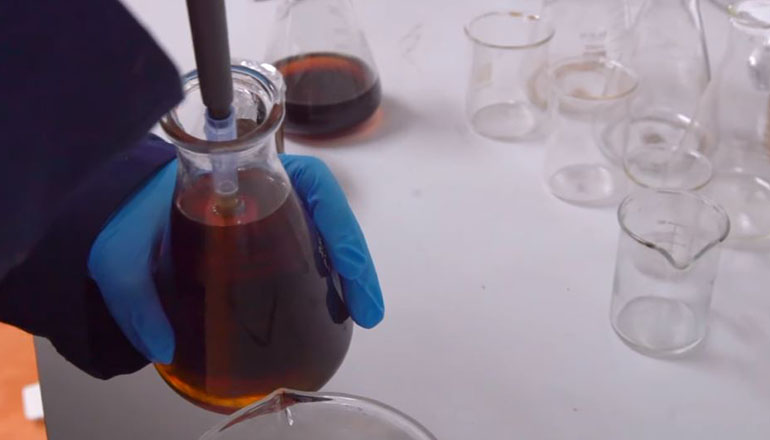 After a year of research, Gold did a couple of years of bench-scale testing to confirm that he could indeed convert plastic to oil. Then, Nexus went on to run a scaled-up pilot for four years. That gave the company experience and the insight to feel comfortable it could make money without subsidies, grants or tax incentives.

Nexus secured capital from an investor to build its first commercial plant—the prototype where it will make the product that goes to Shell’s Norco plant.

The tech company makes oil as well as waxes that are separated from the oil, which are broken down into different polymer chain lengths that determine what products can be made from the material.

“We will provide a wide-spectrum oil product that will give Shell the flexibility to make multiple virgin plastic products,” says Gold.

Since this is a relatively new product, he first asked refineries to try it, as it’s a clean crude oil that they already had a need for. The quantities he produced for them were miniscule, but this early work enabled Nexus to test its product on the market and confirm it was acceptable to the petrochemical refining industry.

Nexus has offtake agreements with various refineries that use the product in industrial fuel applications such as boilers and large engines. 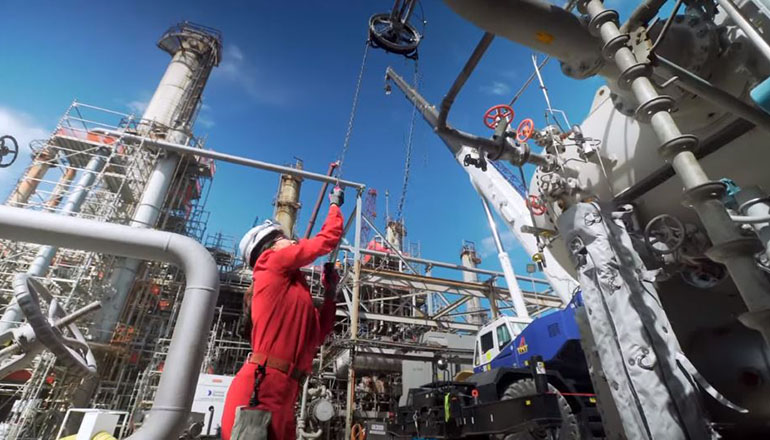 Shell sees the process as a way to sustain its business and to lower its carbon footprint, according to Shell’s spokesperson.

“We’re investing in a business that is growing faster than GDP [gross domestic product] and spinning off products that are lighter, stronger and more insulatory than the alternatives. Over time, the end result is less CO2. Plastics improve health, safety and sustainability, whether in healthcare, construction, electronics, agriculture or sport. Society needs to retain the benefits plastic products bring while addressing the waste issue,” he says.

Other companies are entering the chemical recycling space with their own technology versions. A few examples are Agilyx Corporation, which is targeting polystyrene; Carbios, which is focusing on polyesters and polyamides; and GreenMantra, which converts polyethene and polypropylene to make products in areas from roofing to decking.

As far as Nexus’ plans moving forward, the company intends to build plants in other North American cities and globally where there’s adequate feedstock. Gold says he has already entered nondisclosure agreements with international petrochemical companies.

The developer will own and operate the technology. “That’s because historically, a lot of companies move to a licensing model to sell technology and equipment, and oftentimes, those businesses did not succeed for various reasons, whether they did not have a viable business model or did not have in-depth specialized expertise to run this complex technology. We feel to ensure it's success we need to be involved in each plant we build,” says Gold.