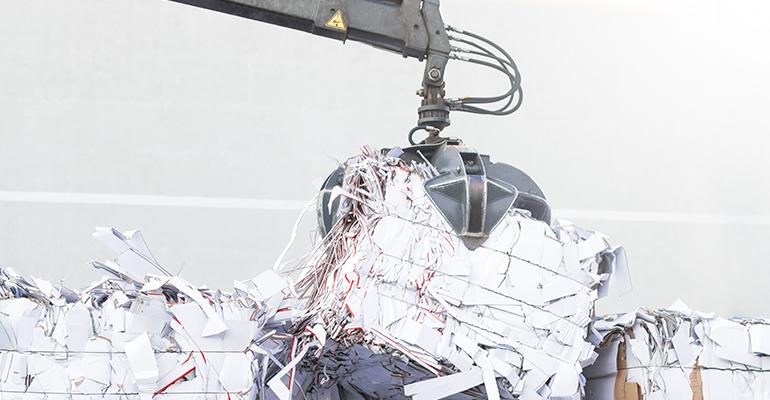 If finalized, Indonesia would impose a 2 percent maximum allowable impurity level on imports of scrap paper, decreasing to 0.5 percent over several years.

If finalized—reportedly within the next two months—a new ruling from the Indonesian government would then impose a maximum allowable impurity level of 2 percent on imports of scrap paper, decreasing over several years to a targeted 0.5 percent. This change should stop the current disruption of paper recyclers’ access to the Indonesian paper market, according to ISRI. In 2018, U.S. recyclers shipped 1.16 million tons of scrap paper to Indonesia, valued at $148.6 million.

The ISRI delegation’s goals included gaining a deeper understanding of the underlying issues behind the new rules, attempting to make the final impurity level in Indonesia’s new rules consistent with the prohibitive levels in ISRI specifications and discussing this trade issue with U.S. Embassy leaders and staff to enlist their help on the matter as well as future issues.

Over the two-day visit, the ISRI group met with representatives from the Indonesian Ministry of Environment, Indonesian Pulp & Paper Association, KSO Sucofindo (which oversees the implementation of pre-shipment inspections for commodities, including scrap), U.S. Ambassador Joseph R. Donovan Jr. and staff at the U.S. and UK embassies.

The meetings prompted ISRI to consider taking several steps, including:

“There are legitimate concerns that have driven the Indonesian government to their current position, but after meeting with them, it is clear that there will likely be a workable solution for the global recycling industry,” said Wiener in a statement after the trip.

“We’re optimistic that the decisions by the Indonesian government will allow the continued movement of quality material into Indonesia,” said Zeid in a statement. “And it will be incumbent upon us to maintain a high quality in our shipments to Indonesia and other countries to ensure this market and our other markets around the globe remain strong.”