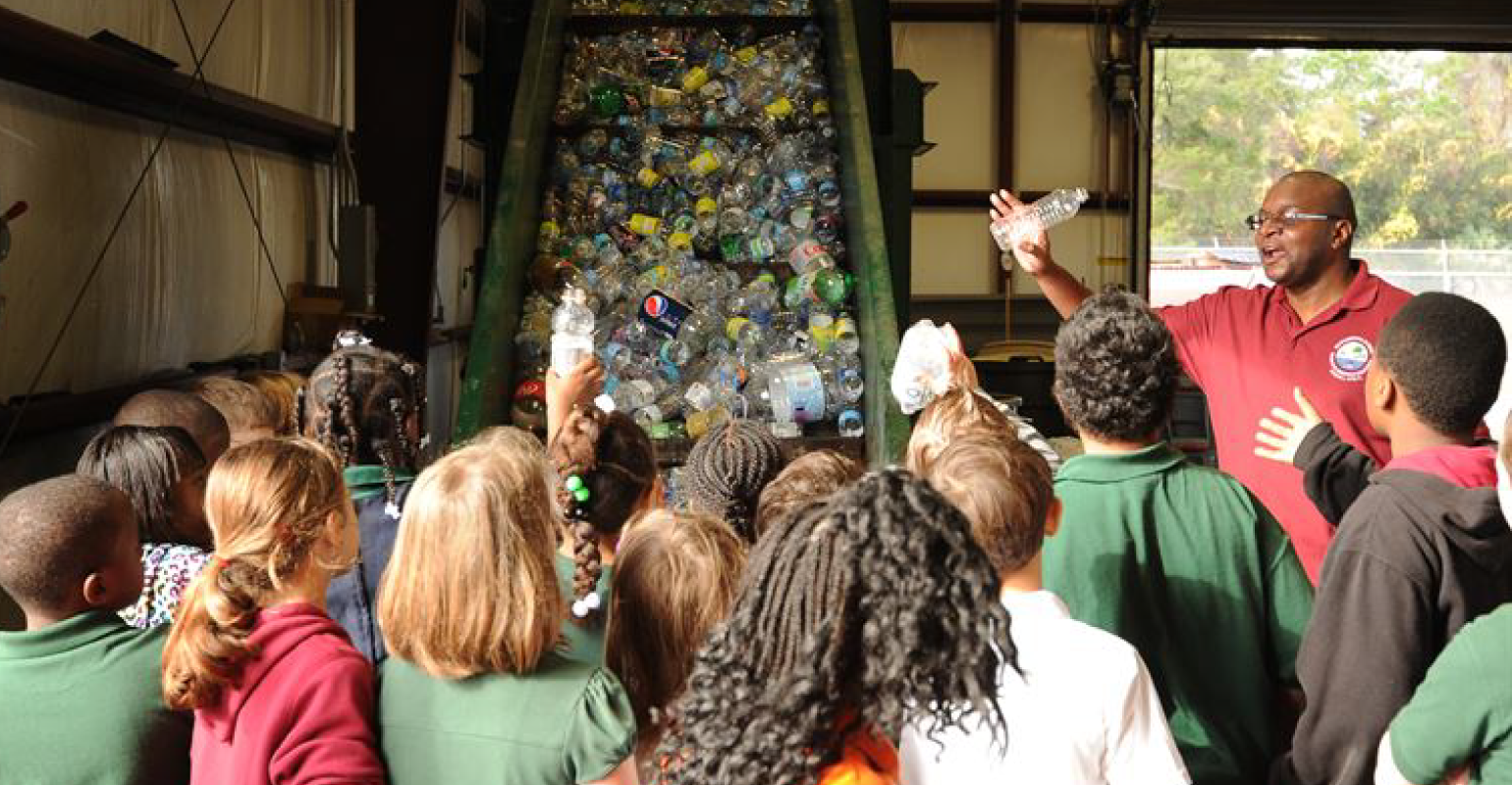 If kids knew just how much material can be recycled beyond what’s left at their curbs, and if they knew how it’s done, they would likely be amazed, and they would enlighten their parents. Or that’s what the Institute of Scrap Recycling Industries (ISRI) was counting on when it teamed with  nonprofit educator JASON Learning to develop a recycling curriculum for students in K-12, offered nationwide as a component of Science, Technology Engineering and Math (STEM) programming. To impact and inspire kids, the learning experience would have to be interactive and fun, the partners decided.

So, besides the traditional lesson plans, there’s plenty of hands-on learning to reel students in, like a board game, video game and video and poster contests.

To make it more real, students do virtual or on-site tours of ISRI facilities to see operations in real time. ISRI members invite teachers and students to their plants in Portland, Los Angeles, Houston and Chicago.

“When we were working on the curriculum, we found that students love hands on, particularly playing games, as this gives them what they can touch and things they can do,” he says.

So ISRI brought in industry professionals to work with a game developer and together they ultimately came up with ‘Scrap Titans,’ a board game where players compete to build the largest, most profitable scrap recycling empire. Players form contracts to recover value from the stream, which they sell on the open market, earning profits and investing in new processing capacity, while vying to become the king scrap recycler in their area.

ISRI has since developed a digital version of the board game.

“We knew kids love digital and this format would expand exposure. Kids get more immediate gratification from the video game. It lets them set objectives to increase their scores. And we have found the more they play, the better and more strategic they become,” says Van Houten.

“The Institute of Scrap Recycling Industries and JASON Learning are proud to partner to help students and educators understand the importance of recycling and the recycling industry, as well as learn key STEM topics related to recycling,” says Eleanor Smalley, CEO of JASON Learning.

The ISRI Educational committee shared relevant information to incorporate in the curriculum both around recycling and around ISRI’s work.

As meaningful she says, is that ISRI brought in the role models, the real scientists.

“They brought in the science of recycling, providing insight into the process and impact of the recycling industry. Working with ISRI, we were able to turn those insights and information into an engaging curriculum that would be easy for teachers to use and exciting for students to learn. 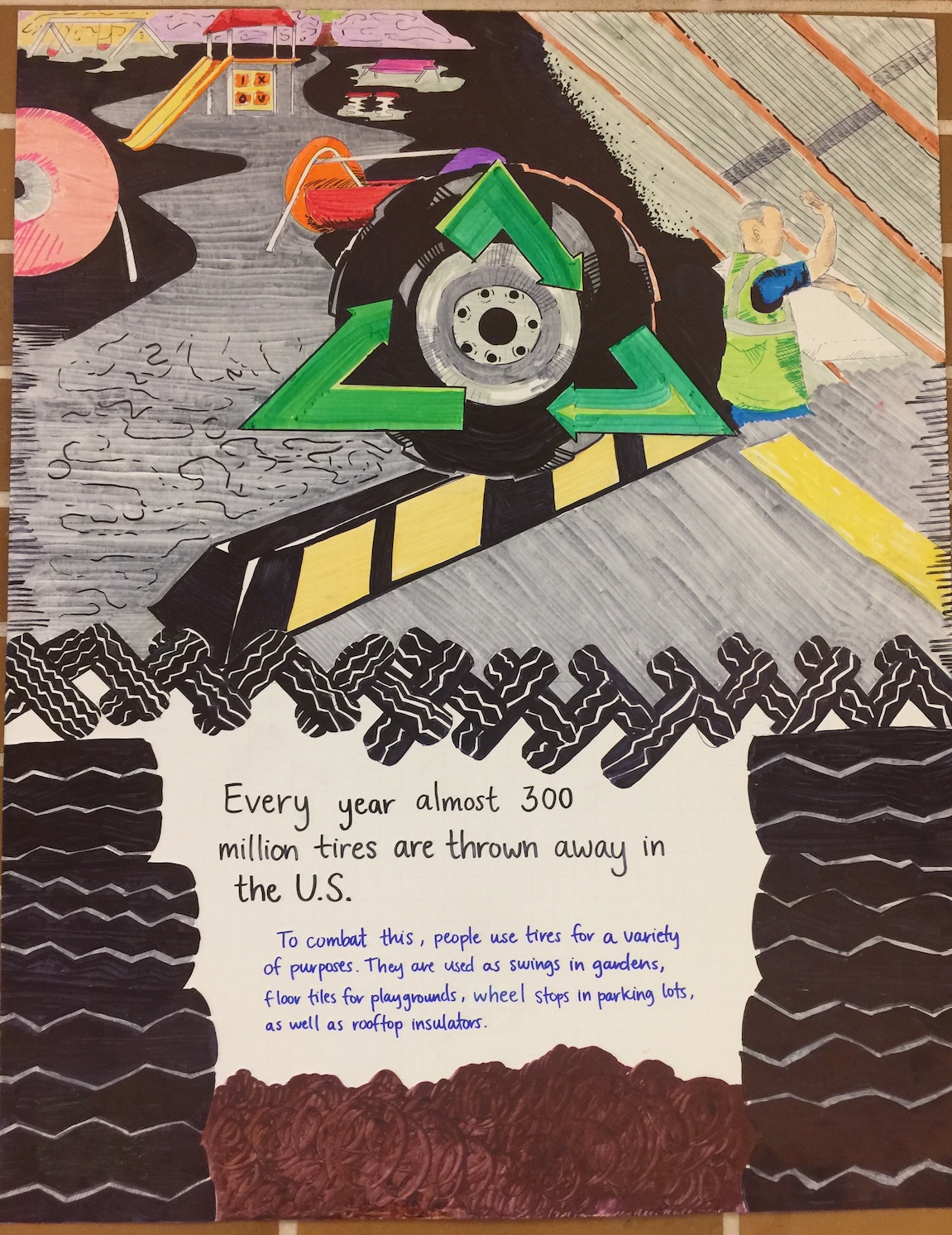 We believe that our multidisciplinary approach can increase STEM literacy and engagement in learning while equipping students with necessary skills to prepare for careers in the 21st century,” says Smalley, noting that recycling aligns with JASON’s focus by incorporating environmental science, physics and mathematics.

Brian Schmitt, superintendent of schools in Genesee Valley, N.Y. notes that the recycling activities are designed to engage kids in a thought process that they typically don’t go through in the traditional classroom.

“Students really like that these are non-traditional activities where they get to think critically, they get to be creative, they get to work with real-world problems and help provide solutions that may not exist," says Schmitt. 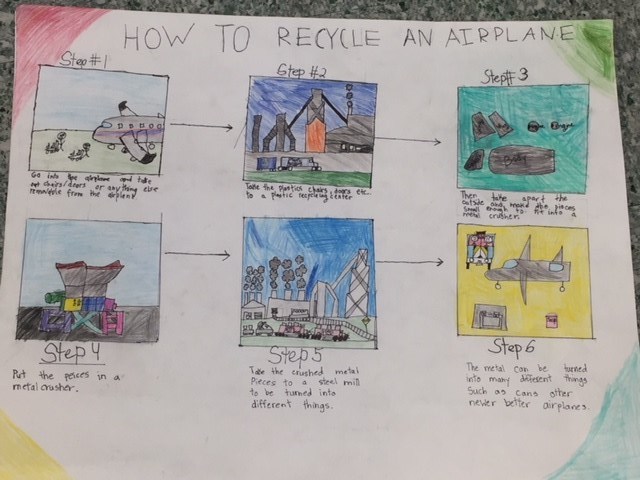 “It seems people are drawn to art done by youth and if messages are well conveyed in that medium it helps to heighten awareness,” says Van Houten.

This past year’s theme was “Recycling: Then, Now & Into the Future.”

The winner of the video contest was a second-grader from Esclusa Ala. She narrates and incorporates pictures taken at a landfill as well as her own drawings, view it here.

“She’s passionate when she talks and you want to listen,” says Van Houten.

Videos and posters are promoted on both ISRI’s and JASON’s websites, through social media and have been shared with state legislators.

ISRI also brings kids of the winning art and their parents to its annual convention where the students’ work is shown to the 5,000 or so members in attendance.

“Parents sat and watched, and last year during a convention board meeting, one mother said, ‘I need to say something.’ So we gave her the floor, and she said, ‘Until today I did not realize how much impact recycling has on our society; this has been an eye opener.’ It reaffirmed to us that we need to get out to consumers in more ways. Now we are pushing the JASON curriculum not only to districts subscribing to JASON’s program but to other districts,” says Van Houten.

He also launched a workforce development project with local community colleges to encourage students to consider careers in scrap recycling, with backing from ISRI members who offer paid internships.

The ideas is to partner with community colleges to help students develop specific skill sets, such as tool handling and material identification, so they first come to work with some training.

Van Houten had begun programs at a few community colleges and a university but the work is on hold while COVID-19 affects school programs.

“But this is very much in the forefront for me, and as soon as we get past COVID I will be resuming work with those colleges and working to expand to others. And the program distributed through JASON could be a gateway into the program we plan to implement in college,” he says.