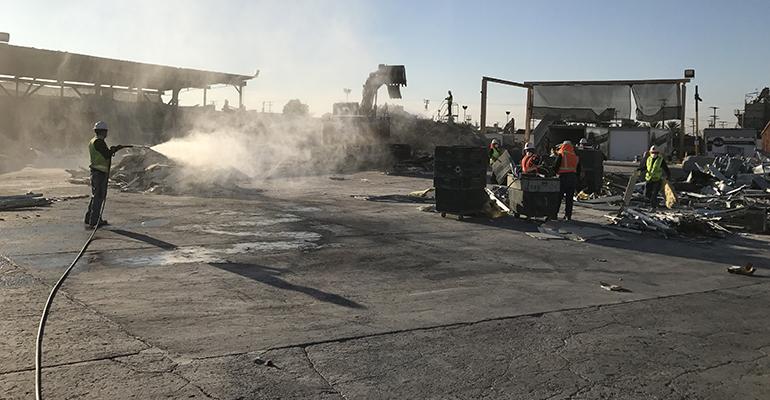 Conventional construction and demolition (C&D) recyclers divert and recycle only about 30 percent of debris from interior commercial design demo projects, according to data aggregated from 10 such operations.

These companies manage mainly road, bridge and residential materials but rarely deal with carpets, ceiling tiles and furniture waste from commercial generators. Recognizing a need to deal with the tonnage of these materials, Interior Removal Specialists (IRS) added recycling services to its business model. The South Gate, Calif., company maintains its core operation—commercial demolition work—for its bread and butter.

“We are somewhat unique in that we are a demolition contractor, hauler and recycler. We take most building components out in a full demolition project, other than main building systems like bathrooms and HVAC [heating, ventilation and air conditioning],” says Richard Ludt, director of environmental affairs at IRS.

He claims the company is the only one of its kind in the U.S. to run a recycling facility that only takes commercial interior debris. Building materials are broken down, hauled to its facility, sorted and then moved on for reuse or recycling.

In the beginning, IRS got involved because its jobs are at night when buildings are closed, and haulers who worked off hours were hard to come by. So, the company’s first move was to get a roll-off truck and containers. 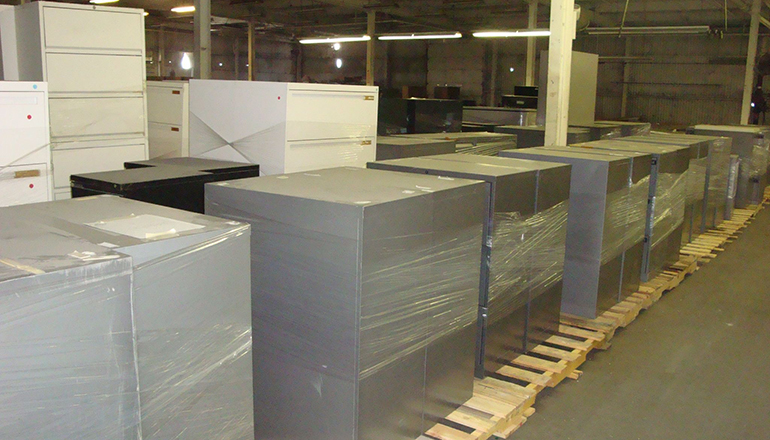 A few years later, it bought property and opened its own recycling yard. This investment made sense because IRS had been paying waste companies to help it meet California’s diversion mandate for businesses, which at the time was 50 percent. But the contractors IRS worked with weren’t actually diverting that amount from IRS’ loads, according to Ludt. So, next the company got a full solid waste facility permit.

In 2018, IRS did almost 11 million square feet of demolition work and generated about 58,000 tons of debris. About 80 percent of it was recycled or reused.

“What bothered us is most of what is not recycled makes up the majority of what’s toxic in the C&D waste stream. For instance, on a standard floor in an office, you would take out about 24 tons of gypsum from drywall. If it goes to a landfill, it can make 6 tons of hydrogen sulfide gas, which produces odors and emissions. But if gypsum is mixed in soil, it can improve soil’s permeability. So, we ship it to a processor who uses it for agricultural purposes,” says Ludt.

Among the most toxic materials the company deals with is manufactured lumber, such as particle board and plywood, which contain pesticides, preservatives, fire retardants and other potentially dangerous substances.

If these materials are landfilled, those chemicals enter groundwater. So, it’s sent to waste-to-energy plants when possible and used to make fuel. 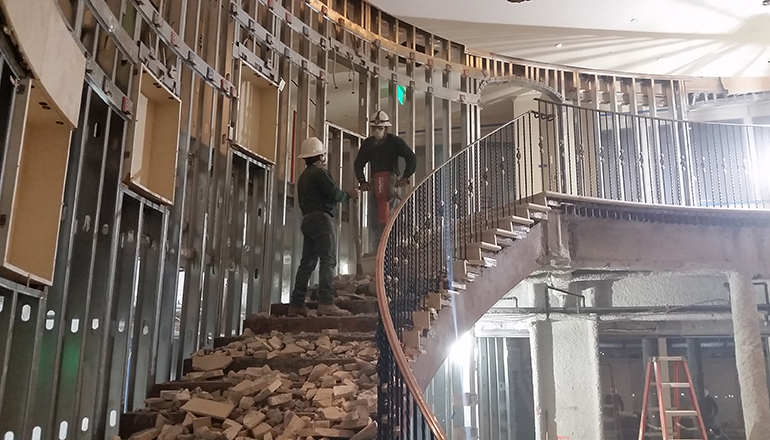 There is an art to the demolition process to ensure materials can be salvaged. Companies that smash and comingle will end up with too much contamination. If carpet, in particular, is not removed before drywall is taken down, the gypsum penetrates it, rendering it non-recyclable.

It’s important that the carpet remains clean and as dry as possible. But this doesn’t always happen, says Bob Peoples, CARE executive director.

“Often, C&D companies don’t remove carpets until toward the end of the job in order to suppress dust. Meanwhile, contractors drive equipment over the surface, which embeds debris. But IRS has a mindset that’s different from the average demolition contractor. They capture it clean and undamaged and find a way to get a second life from it,” says Peoples.

Carpet tiles, which are mainly in commercial settings, are more readily reused than larger pieces, as they are easy to handle and are often well maintained by commercial cleaning services, so they have a reuse value.

“IRS is looking for the highest and best use of these materials. And they are helping us with our objective in California to keep carpet materials out of landfill,” says Peoples. 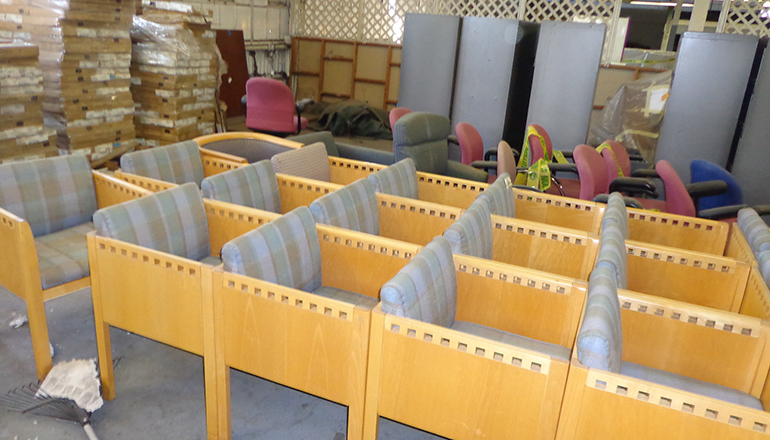 Leading Edge Consulting Services, based out of California, specializes in Leadership in Energy and Environmental Design (LEED) and Energy Star certification for commercial buildings. The company also does waste audits and other work to help clients achieve sustainability goals.

Its clients work with IRS to track and increase their diversion rates and ensure material is disposed of correctly.

“They ensure materials like light bulbs and batteries aren’t in streams that they don’t belong in, while some companies haul whatever is in the recycling bin, which could be mercury or other potentially harmful substances,” says Katie Freeze, sustainability coordinator for Leading Edge.

The consulting firm also helps businesses wanting to do green projects tap into materials donated by IRS. This could be countertops, flooring, lighting fixtures and other items that would be waste, which IRS brings to its warehouse. The company donates 30 to 60 tons a month to organizations that pick up materials from them.

Leading Edge recently hosted an Earth Day event for one of its clients who used all salvaged materials from IRS to make carnival games.

“We used carpet for a miniature golf green, we used wood two-by-fours to build structures to make games and we used glass bottles for a bottle toss,” says Freeze.

From a demo company’s perspective, says Ludt, “At the end of the day, it’s possible to make money and be environmentally conscious. We are profitable while keeping toxic material out of landfill. If we can do it as a demolition company, any other company can, too.”