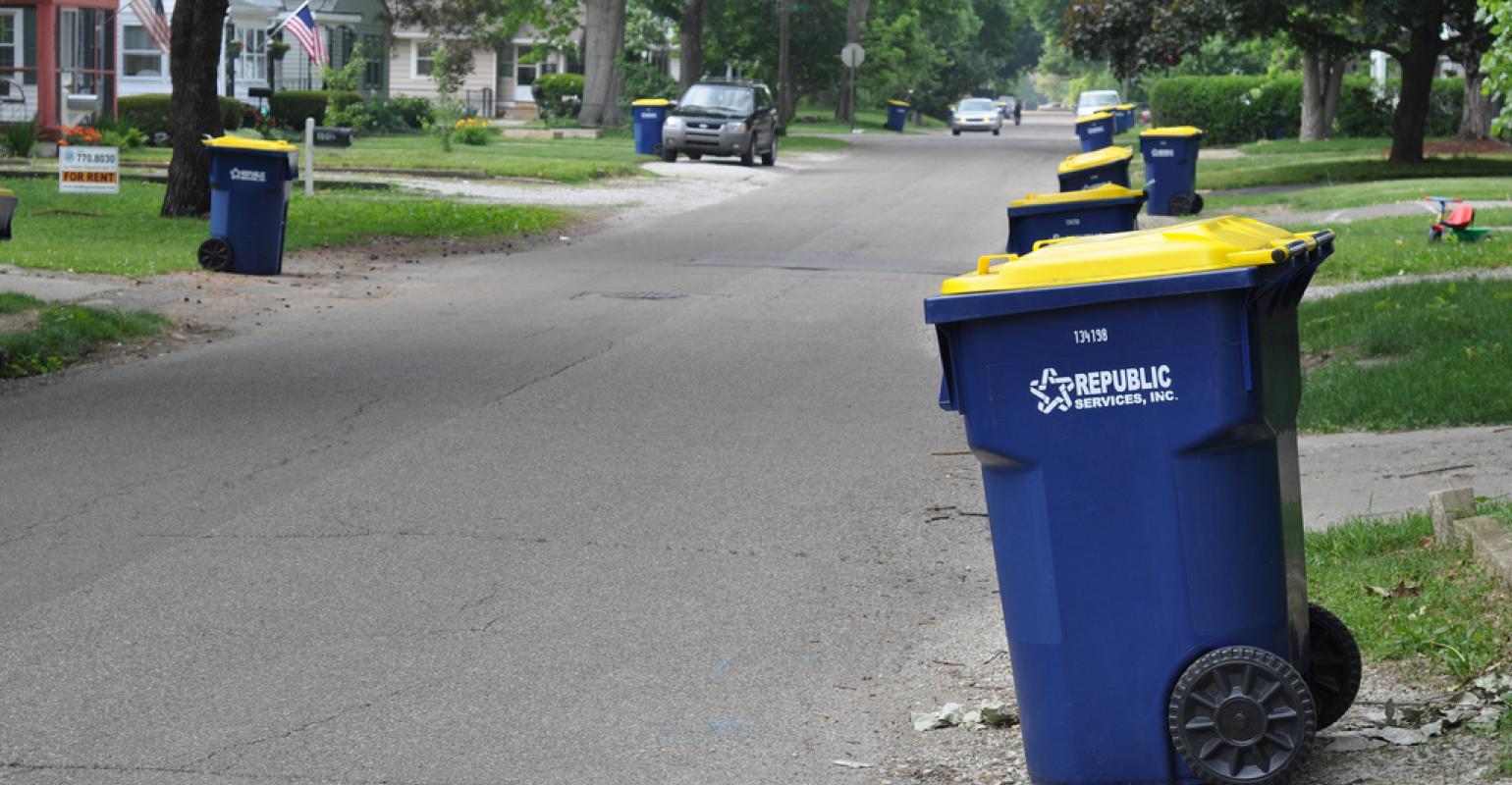 The city lacks a universal residential recycling program and instead uses a subscription-based system.

The Indiana Recycling Coalition, government officials, residents and manufacturers are hoping that by 2025, the city of Indianapolis will have a universal curbside recycling program in place.

Right now, the city lacks a universal residential recycling program and instead uses a subscription-based system. Indy currently has a 4 percent recycling rate and a 10 percent participation rate. According to a report in Recycling Today, recycling issues in Indianapolis stem from the city’s decision to build an incinerator in 1981.

The city’s waste-to-energy facility processes 2,175 tons of municipal solid waste per day, according to the report. The scheduled date of 2025 is meaningful for the city, as that is when contracts for the incinerator as well as other solid waste and recycling contracts are up for renewal.

Indiana Recycling Coalition, alongside government officials, residents and manufacturers, is pushing to deliver curbside recycling to all Indianapolis residents by 2025 with hopes to boost recycling in the city.

The nation’s 14th largest city lacks a universal residential curbside program. Currently, curbside recycling is subscription-based. According to the Indianapolis universal curbside recycling analysis final report, Indy has a 4 percent residential recycling rate and a 10 percent participation rate. Allyson Mitchell, executive director of Indiana Recycling Coalition, says the Indy recycling issue stems from when the city decided to build an incinerator in 1981. When every county in the state went on to form solid waste management districts and create waste management and recycling programs, Indianapolis officials committed to burning most of the city’s waste.

“I grew up in Greensburg, Indiana,” Mitchell says. “In my town, they have curbside recycling, as well as drop-off locations. They have a solid waste management director. It is interesting to see my smaller town do a better job on recycling."

“When we built the incinerator several decades ago, that sent the wrong message in terms of value of materials and trying to divert recyclable materials from the landfill,” she adds.