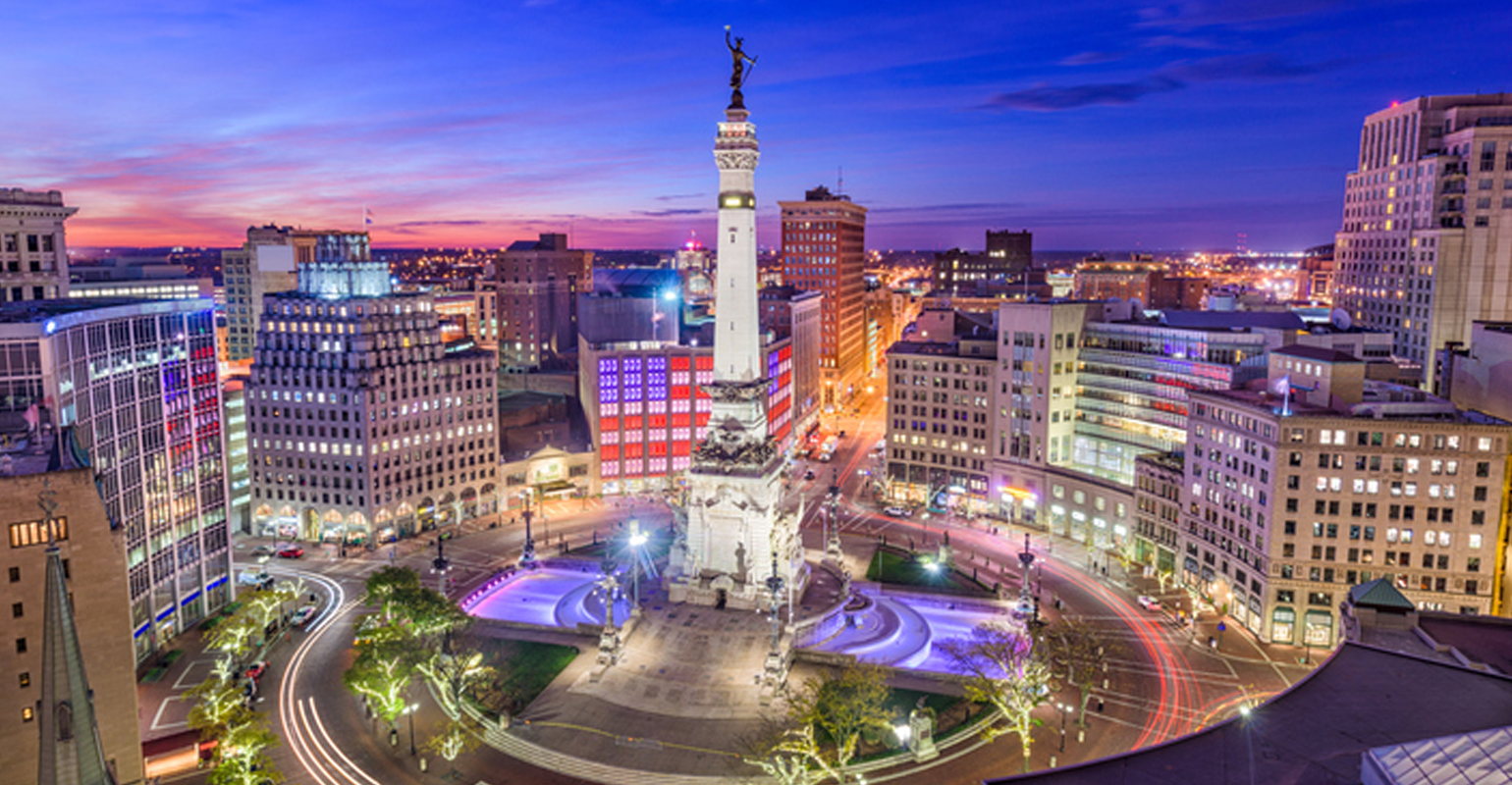 INDIANAPOLIS – The Indiana Recycling Coalition (IRC) announced its launch of the Indianapolis Circular Economy Initiative (ICEI), a multi-stakeholder, multiyear collaborative effort – in partnership with the City of Indianapolis and many other stakeholders – to address Indianapolis’ recycling challenges and achieve the Thrive Indianapolis Plan goals for waste and recycling.

Backed by extensive research that began in early 2019, the Circular Economy Initiative seeks to generate good and promising jobs; foster innovation, ideas, and investments; and capture the economic, social, and environmental benefits of a thriving circular economy in Indiana.

The launch coincides with the advancement of ICEI’s first major policy initiative: charge the Indianapolis City-County Council with the creation of a solid waste management district for Marion County.

During a meeting of the Indianapolis City-County Council’s Commission on Environmental Sustainability, Daniel Parker, Director of Public Works for the City of Indianapolis, and Allyson Mitchell, Executive Director of the Indiana Recycling Coalition, presented about the current state of waste and recycling in Indianapolis. Parker outlined the revenue shortfall and explained how his department has managed staff and fleet limitations while relying on supplements from the city’s general fund to stay operational for several years.

“The Department of Public Works: Solid Waste Division provides essential services to Indianapolis and Marion County every day,” Parker stated. “Historic funding challenges have created obstacles not only in providing these key services, but also in adoption of new diversion methods, such as curbside recycling or composting. Over the next five years, our department and key stakeholders will undertake a collaborative effort to reimagine how the City approaches solid waste management. We value the collaboration and creative problem-solving that comes from our partnership with the Indiana Recycling Coalition and its Indianapolis Circular Economy Initiative.”

Following Parker’s presentation, Mitchell, who is a member of the Commission, explained the formation of the initiative, the organizations involved, and its dual approach of providing public education and seeking local policy changes to help the City achieve its goals through research, planning, stakeholder collaboration, job creation and infrastructure investments.

Mitchell then pointed to the financial and operational unsustainability of Indianapolis’ current approach to advance the recommendation that Marion County create a solid waste management district.

“For Indianapolis to be successful in achieving its own waste and recycling goals, it must create new structures for efficiently managing services, generating revenue, and providing consistent education to its residents,” Mitchell stated. “The lack of a solid waste management district in Marion County has held Indianapolis back from creating jobs and cleaning up its reputation – and our local environment – for far too long.”

With a recycling rate of just 7%, Indianapolis has been dubbed the most wasteful city in the US, falling far behind other Midwest US cities including St. Louis (10%), Cincinnati (17.9%), and Nashville (25%) and significantly behind the recycling rate for the state of Indiana (20%) and the national average of 35.2%. Many factors contribute to Indianapolis’ poor recycling rate, several of which originate from decisions made decades ago.

Also, during the late 1980’s, Indianapolis invested in the construction of a waste-to-energy incinerator and established a solid waste user fee for Indianapolis households of $32 per year to pay for residential trash removal services. This fee has not been raised in over 30 years, despite increasing cost to deliver services.

In Thrive Indianapolis, its first ever sustainability plan, the City has committed to several goals for improving how it manages waste. Primarily, the Thrive Plan established a goal of increasing the community wide waste diversion rate by 40% by 2030 by providing universal residential curbside recycling and offering subscription curbside composting to all Indianapolis residents by 2025.

Currently, Indianapolis residents do not automatically receive curbside recycling service. Residents who want to recycle must either take their recyclables to one of the City’s 16 public drop off locations, or opt-in to a semi-monthly curbside program and pay approximately $100 per year. Approximately 10% of Indianapolis’ 267,000 households subscribe to this curbside program.

“Indianapolis residents understand the impact that sustainable practices can have on both our community and the planet,” said Indianapolis Mayor Joe Hogsett. “Extensive community feedback has shaped Thrive Indianapolis’ planning and initiatives—including universal curbside recycling for all Indianapolis homes by 2025. Based on Indiana Recycling Coalition’s demonstrated leadership, I am confident that our city can take advantage of these waste management opportunities.”

The Indianapolis Circular Economy Initiative gained early momentum by convening leaders from corporate, institutional, educational, and community organizations eager to work together to “fix recycling in Indianapolis.” It quickly evolved to a broader vision of embracing the circular economy in Indianapolis to benefit the city and entire state.

“The vision of the Indianapolis Circular Economy Initiative (ICEI) is aligned with Cummins’ own work toward a circular economy, which is outlined in our sustainability strategy, PLANET 2050,” said Brian Mormino, Executive Director, Technical & Environmental System at Cummins. “We are working toward a future where we waste nothing and ensure that our communities are better because we are there. As a founding partner of ICEI, Cummins is ready to engage with all the stakeholders to drive transformational, community-scale change in Indianapolis.”

Indianapolis has the volume and density of recyclable materials desperately needed by Indiana manufacturers who are turning diverted waste materials into jobs across the state every day – at a rate 10 times the job creation of materials sent to landfills or incinerators.

Mark Fisher, Chief Policy Officer for Indy Chamber noted, “The goals of the Indianapolis Circular Economy Initiative contribute to key pillars of the Chamber’s talent-based economic development strategy. The resulting investments in the region’s sustainable economy and workforce are important for strengthening our educated and talented workers and for capitalizing on economic opportunities for innovating and enterprising businesses in the circular economy.”

As the Indianapolis Circular Economy Initiative grows, it will continue to work with the City of Indianapolis to offer technical expertise, strategic planning support, education and outreach, equitable community engagement, and funding and investment strategies in support of a new vision for embracing the circular economy in the Circle City.

ABOUT THE INDIANA RECYCLING COALITION

The mission of the Indiana Recycling Coalition (IRC) is to strengthen the circular economy in Indiana through waste reduction, reuse, recycling and composting. The IRC is a statewide not-for-profit, 501(c)(3) corporation representing concerned citizens, state and local government officials, business, industry and environmental groups since December of 1989.

At the IRC, we educate Hoosiers about their role in sustainable materials management to empower them to make informed decisions in their daily lives. We convene our members and industry partners to connect them to each other and to the information, resources, and inspiration they need to solve problems and improve our economy and environment. And we advocate at the state and local level to advance policies that create jobs, protect the value of our resources, and improve quality of life in our communities.