HomeRecyclingHow to Make Recycling Work: Tales of Four Cities
Waste Expo
BROUGHT TO YOU BY

How to Make Recycling Work: Tales of Four Cities 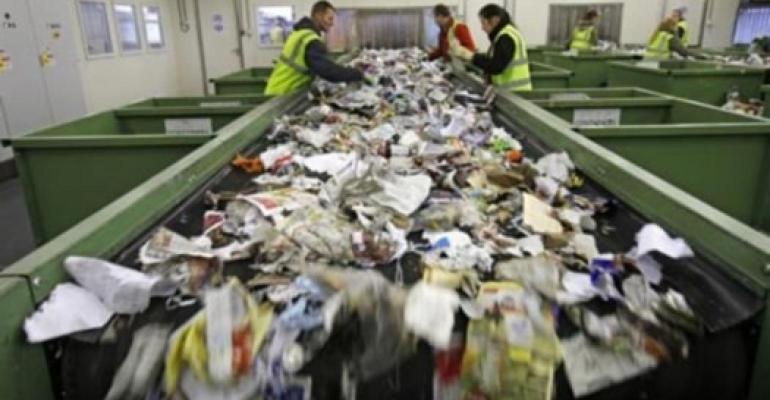 Solid waste pros from four cities came out to share how they manage their recycling programs—what works, what doesn’t, and their future plans—at Tuesday’s WasteExpo session: A Balancing Act: Municipalities Talk Recycling Issues.

Money was a recurring theme, especially since many of these cities have dealt with increasing tonnages, the need for improved technology, and for many of them, no rate changes for years.

“You need to invest in plants to drive down operating costs and increase capture rates,” said Phoenix’s Giudice. But, he said, “We have had no rate change for 10 years and going into China Sword [revenues] dropped dramatically.”

The municipality invested to upgrade one of its newer materials recovery facilities (MRFs) to minimize capital required to reach its needed capture rate and will soon replace its other MRF.

Since the Phoenix market is short on MRF capacity, it brought in recycling programs from surrounding cities, including Peoria who invested in the upgrade. And it got zero interest funding from social impact investment fund Closed Loop.

What other creative financing is out there? Atlanta got a grant from The Recycling Partnership to improve recycling, mostly for residential curbside and some for college campuses and universities.

Phoenix set up a reserve fund and uses part of it to cover for low times when commodities pricing drops.

“We want to continue to recycle and do not want to eliminate items. We want to find opportunities to expand in fact,” Giudice said.

He encouraged an absorbed audience to leverage negotiations to get new assets into facilities if they contract rather than own, commenting some technology on the MRF side has to be changed out every five or seven years to keep ahead of the market. He had the same advice for dealing with the post collection side.

Greenlee shared ways Atlanta stands up to challenging times. Its process rate has steadily gone up, and in magnitude. And its tonnage increases year over year, while it has increased rates for waste pick up but not for recycling.

“We have to educate elected officials about the true cost for services,” she said.

“It’s important that we continue to have communication with the mayor and council, and they do ask questions.  The city of Austin wants a breakdown of exactly what the agency spends, by program.

His department had its first rate increase in five years due to additional programs it was putting together. Meanwhile the staff does a kind of state of the union at midyear check-ins to inform in detail on budgetary decisions.

The conversation shifted to contamination and enforcement of recycling rules.

“Tags work. But if we have habitual offenders, we make personal contact.  We also educate on [how to recycle right] by going into schools and educating students. We’d rather have kids tell [their parents] when they are doing it wrong than for us to tell them,” Whelan said.

Atlanta, like Albuquerque, leverages woops tags for misplaced discards and believes this helped the city achieve its 30% increase in captured material while maintaining contamination rates during COVID-19.

“We decided fines and fees were not right for our city. There was no political will, and tags got results we are looking for,” Greenlee said. Though they will reject carts, which, along with tagging, has been most effective in changing behavior.

Among Phoenix’s work in this space, it partners with Arizona State University, which has a large research institute focused on the circular economy. Together the two entities researched what to do with hard-to- recycle plastics, and compost for fertilizer among topics. And public works created an ecopark available to businesses that want to make resources from their waste.

Romero’s department created a whole new division with a circular economy focus; has a heavily used resource recovery facility where residents can drop off electronics, paint, and chemicals; and has a textiles collection program that he says has picked up steam.

Food recovery is Atlanta’ biggest zero waste effort; all city buildings have to have compostable material by 2023.

“We are looking at yard waste which we are now shipping to Alabama where it’s used for biofuels. We are looking to keep it with local commercial composters,” Greenlee said.

Technology was a large focus. All four cities are investing in assets from a four-camera system on trucks, to on-board computers to communicate with dispatch over customer service issues and automatically create service orders and generate route assignments.

Though Romero cautioned that getting buy in from drivers, some who have been with the operation for 15 to 30 years, requires proceeding in baby steps so change is not overwhelming.

Partnerships and networking are critical, they all said.

“We try to stay connected. We are part of the New Mexico Recycling Coalition. And I like to reach out and visit recycling facilities to get ideas. And to make sure our processor reinvests in new equipment. It’s networking and being part of a group. We know we are all in it together,” Whelan said.

Romero conferred advising to talk to cities about what’s working, what’s not working, and what challenges they have.

“We should not take the position it’s us against them because we all want to accomplish the same goals. We can gain a lot from each other.”