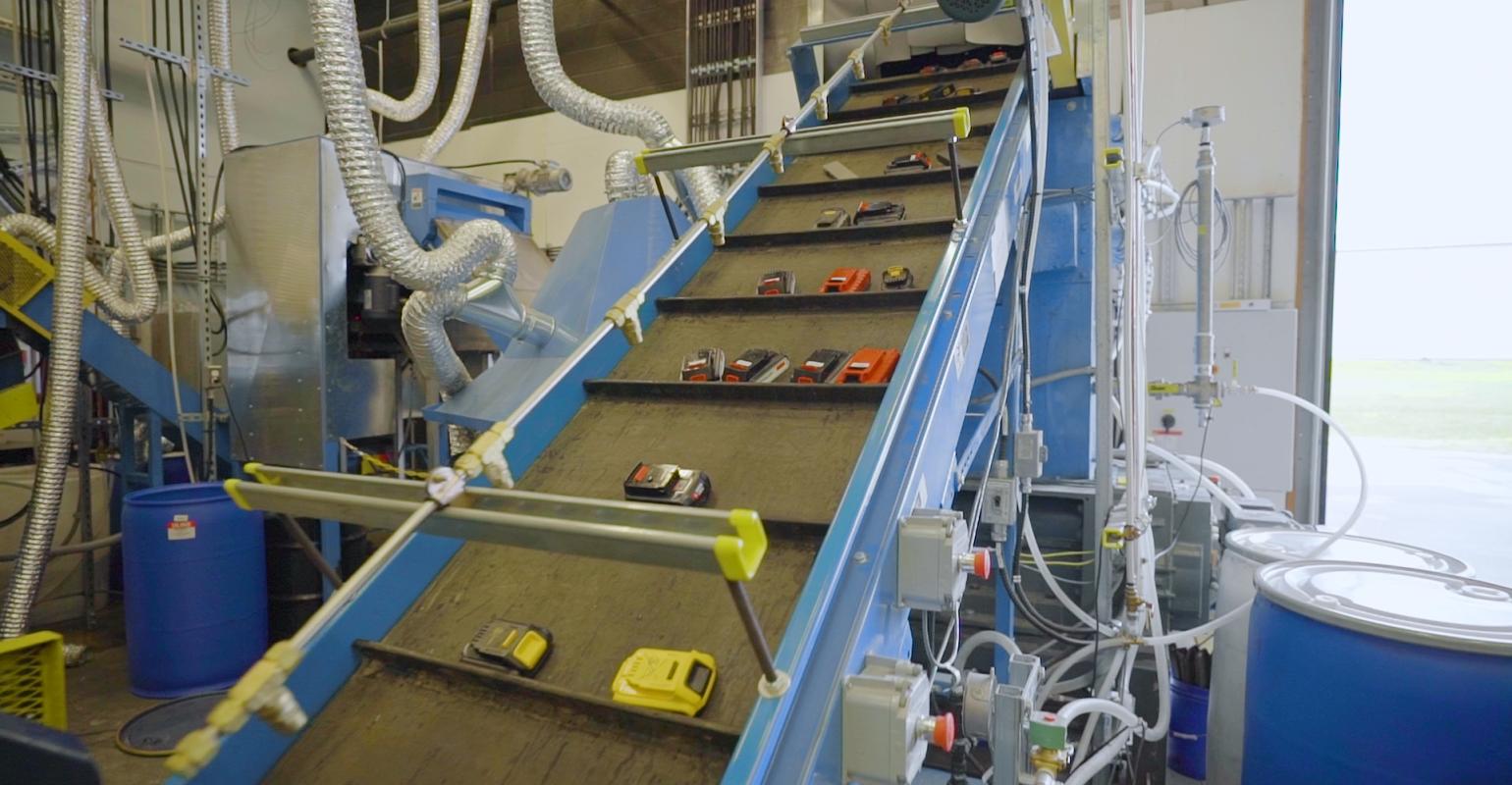 Mississauga, Canada-based Li-Cycle has developed a process to retrieve more than 95 percent of the content of any lithium battery, while recovery rates have traditionally been 50 percent or below; and the technology can produce battery-grade lithium.

The process involves use of no toxic chemicals and the entire module can be shredded, a relatively inexpensive way to break it down while mitigating fire risk.

“The traditional thermal process is not tailored to efficiently recover what’s in batteries. And it has a big cost,” says Ajay Kochhar, president and CEO of Li-Cycle.

“There is no tipping fee involved with our process and we are recovering more. Also, we don’t discharge the batteries before processing, meaning we don’t remove charges, yet we mitigate fire risk by shredding them through our proprietary process involving a nontoxic solution.  While discharging is an additional cost and involves soaking batteries in brine, which is somewhat unsafe,” he says.

As far as environmental benefits, a third-party lifecycle analysis confirmed a 60 percent greenhouse gas emissions savings relative to recovering the same amount of material from mining.

After the material is shredded, the mechanical components are separated to include copper, aluminum and plastics. Then comes the wet chemistry process to separate materials such as nickel, cobalt and lithium. 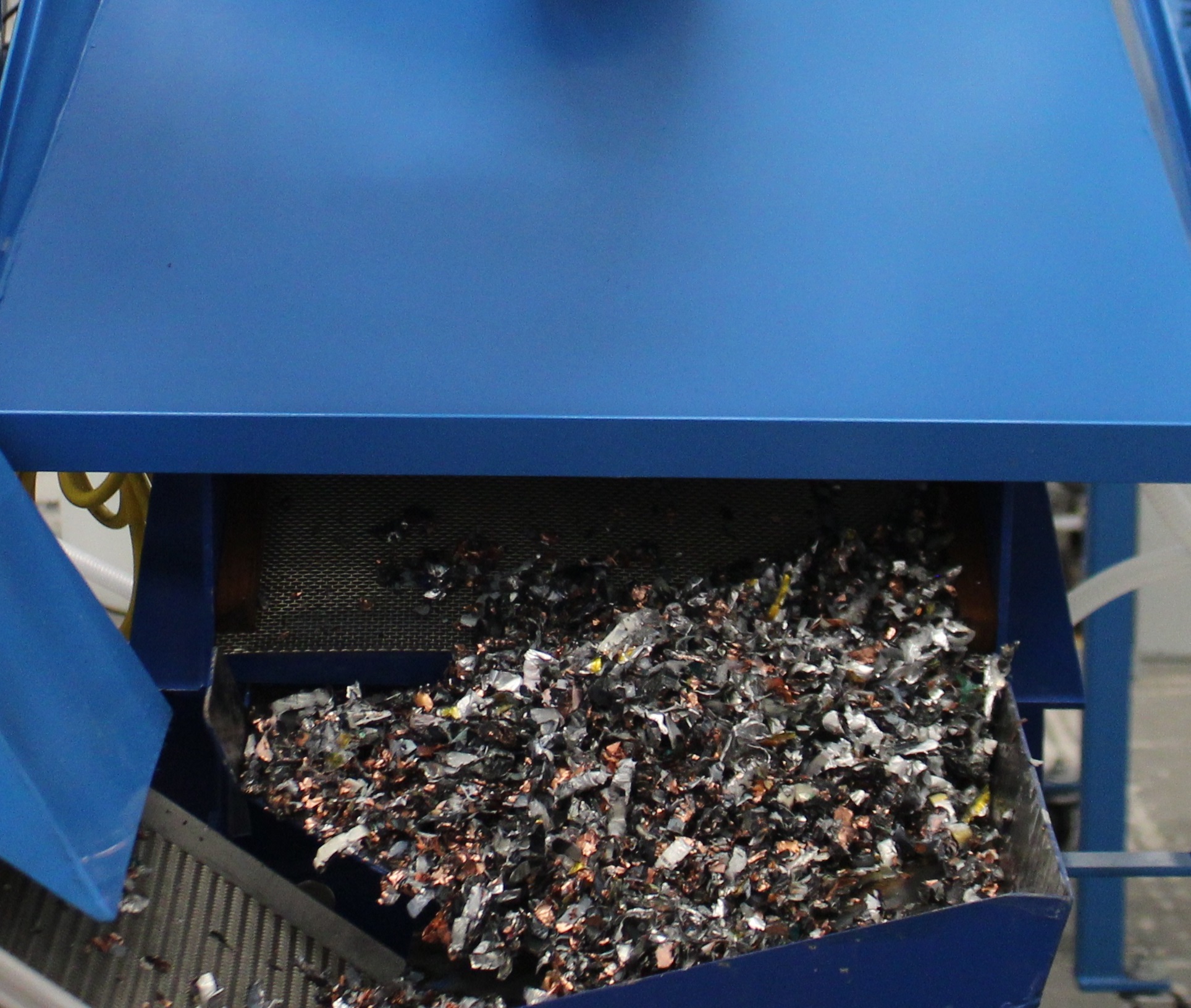 “Through our process, we basically are remaking the fundamental building blocks of the battery that can go into new batteries. And we are transforming lithium batteries away from a liability into an asset. We focus on making our business case work based on what’s in the battery when before the focus with end-of-life batteries was on disposing of them,” says Kochar.

He refers to Li-Cycle’s system as a hub and spokes model, with “hub” being the chemical processing facility that will be a large, centralized location for economy of scale.  The “spokes” facilities, where the batteries are shredded, will be small, regionalized locations.

The first U.S. plant, which will be a spokes operation in Rochester, N.Y., will have input capacity of 5,000 tons per year of lithium ion batteries and is slated to launch in the fall of 2020, pending no restrictions related to the coronavirus.

“We selected the Rochester location because it’s where the Eastman Kodak Park is. After a decline in camera film they have allowed other companies to reuse their existing infrastructure they built over many years. So there are facilities tailored to do chemical processing, a good labor pool, a good logistics connection, and it’s relatively close to our Canadian headquarters,” says Kunal Phalpher, chief commercial officer of Li-Cycle.

The first shipment, which has gone out to its existing Canadian facility, came from a processor of nickel and cobalt whose methods are not designed to manage lithium ion battery material.

Materials come from end-of-life cars or scrap from auto manufacturing. Now Li-Cycle is starting to target commercial and heavy-duty electric vehicles and also intends to collect from and process for e-waste consolidators and for the energy storage sector.

The plan is to sell recovered materials to companies who will process them and then send them out to be further broken down and refined to cobalt and nickel for use in batteries.

Li-Cycle is now focused on the qualification process to be sure materials will work in batteries or other applications. For example, lithium carbonate can be used in certain glass types but some metals like cobalt or nickel can cause discoloration in glass so staff are working on a way to remove elements that may cause discoloration.

GreenCentre Canada, a nonprofit based in Kingston, Ont. accelerates development of sustainable chemistry and material technology.

It did initial testing for Li-Cycle, focused on optimizing separation, purification and recovery of materials and water recycling and reuse.

“Initially we validated the process and worked to increase efficiency to recover more at a higher purity and with less water use. They have an economically viable process to recover materials, and they are continuing to scale in Rochester and Ontario.   As they continue to grow, they are targeting 100 percent recovery of the value of lithium ion batteries, and I think they will approach this goal,” says Brian Mariampillai, director of Business Development for GreenCentre. “I think multi-thousand-ton plants are in their future,” he says.

LINCit is a nonprofit in Mississauga, Ont. that helps clean tech companies scale up.

LINCit’s Rick Findlay consulted with Li-Cycle independent of his company.

“Ajay and [Li-Cycle Founder] Tim Johnston had a plan to phase the  technology to build to commercial level. It gave me confidence … To meet 80 to 100 percent of recovery of metals and battery materials was very exciting. When thinking of where lithium ion and electrification is going in the world, it’s important to have the ability to recover material and recycle back into batteries or other usable products. The U.S., Asian and European governments are focused on energy metals. The batteries and the whole energy electrification field is an exciting place to be now,” says Findlay.

Li-Cycle’s plan as of now is to build another spoke plant in the Southwest region of the U.S. in 2021.The company has also committed to creating a minimum of 23 jobs in its first year of operation.