Highlights from Day Two of the Paper & Plastics Recycling Conference 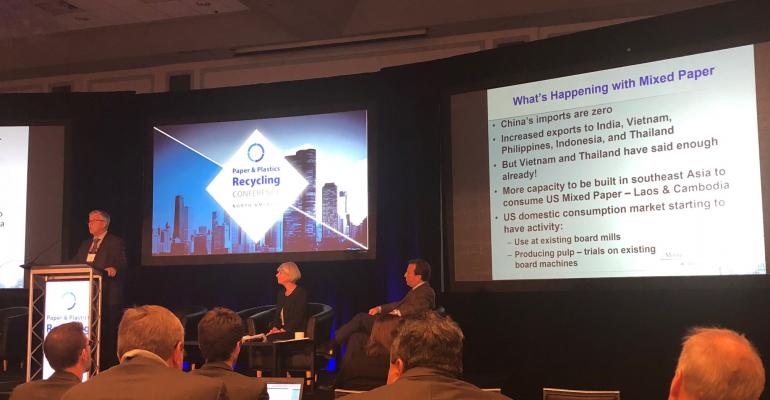 Day two of the conference featured a number of education sessions focused on the impact of China’s import ban and improving recycling.

Day two of the Paper & Plastics Recycling Conference, hosted by Recycling Today this week in Chicago, brought attendees together for another round of education and keynote sessions focused on the impact of China’s import ban, improving recycling, the impact of artificial intelligence on processing and quality, material trends in packaging and more.

Here are some highlights from two key education sessions that took place on day two. Read takeaways from day one here.

Kicking off day two of the conference, Bill Moore of Moore & Associates, Susan Robinson of Waste Management and Steve Miller of Bulk Handling Systems (BHS) discussed why North America became so dependent on China as the primary market for recycled mixed paper and the nation’s current alternative market options, such as other Asian countries.

Moore shared that even before China’s ban on the imports of mixed paper, the material grade bordered on chronic oversupply. And now, with the country backing out of the mixed paper market, it has collapsed. In fact, year-to-date through July 2018, mixed paper demand is down 11 percent.

“The current average price in the U.S. is $0 per ton in many markets,” stated Moore. “And while it won’t always be at no cost, the mixed paper market is many years from being robust.”

He went on to explain what’s happening with mixed paper:

He also discussed some of the new North American mill projects for the consumption of mixed paper, such as Pratt Industries’ new mill in Ohio and Green Bay Packaging’s upgraded mill in Wisconsin. 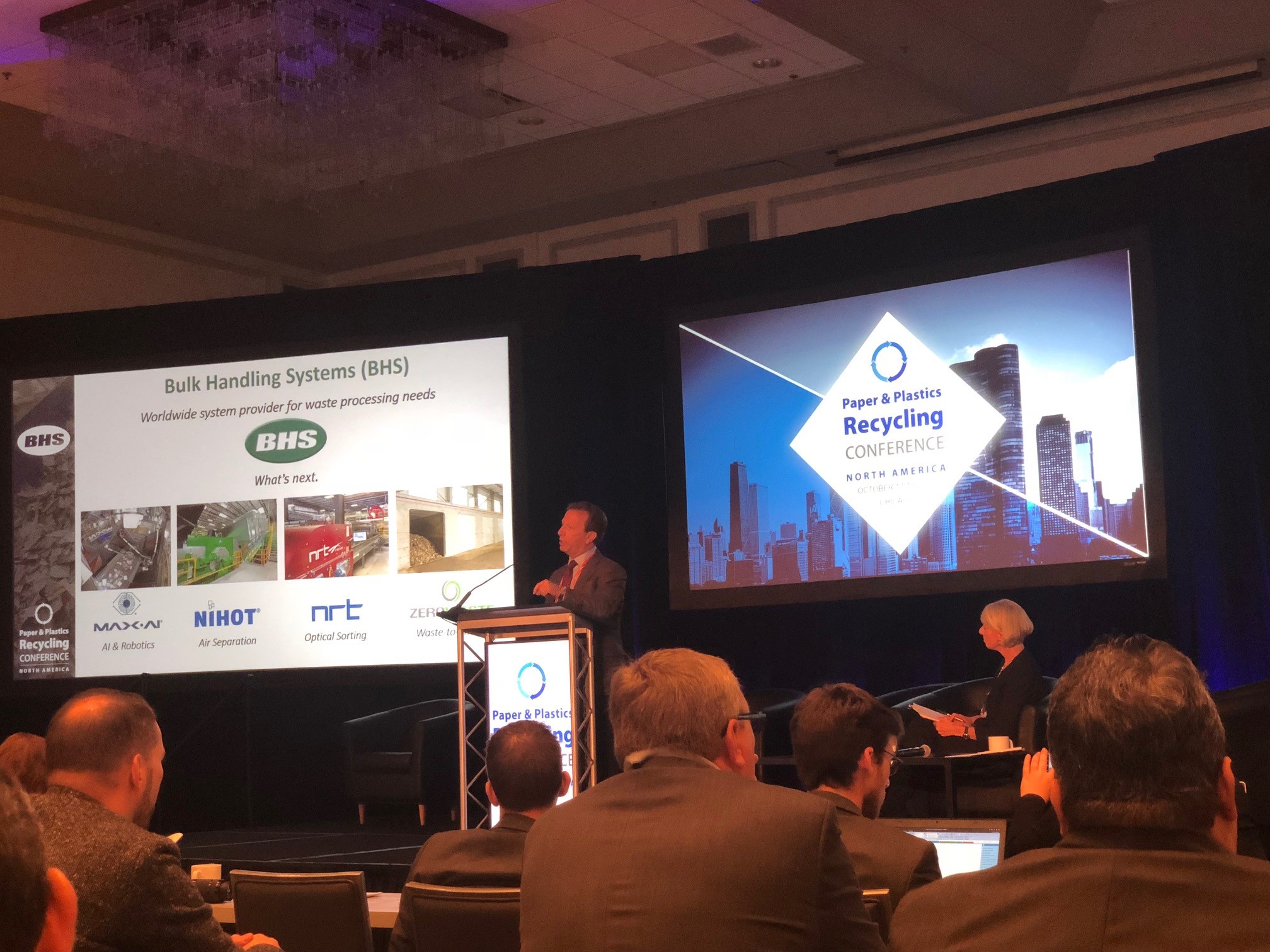 Robinson touched on how Waste Management is affected by the changes in the recycling industry, sharing that in 2017, 27 percent of the company’s fiber went to China. And this year, less than 3 percent is going to China.

She also explained the impact that China’s import ban has on materials recovery facilities (MRFs):

Wrapping up her presentation, she presented both good and bad news for the future of recycling:

“The first step is to capture the cardboard. Why? Because it helps you save on labor and capture value,” he stated. “Secondly, use technology to remove contaminants like plastic bags.”

Miller also highlighted what the future as in store for recycling, sharing that the recycling industry is clearly undergoing a transition, but it’s not the first transition within the industry, and it certainly won’t be the last. He went on to say help is on the way, but it will take time to get here; improvements in profitability can be made by understanding what’s in the stream; the ironic outcome will likely be a more robust domestic consumption of fiber grades; and all roads lead to the basic premise that all players in the industry must produce better quality in order to remain relevant.

With China closing its doors to various imports, areas like India, Vietnam, Thailand and Indonesia have been receiving an uptick in materials. But will they become “the new China,” or mirror the country’s actions? This was the topic of discussion during one of the afternoon sessions at the conference. 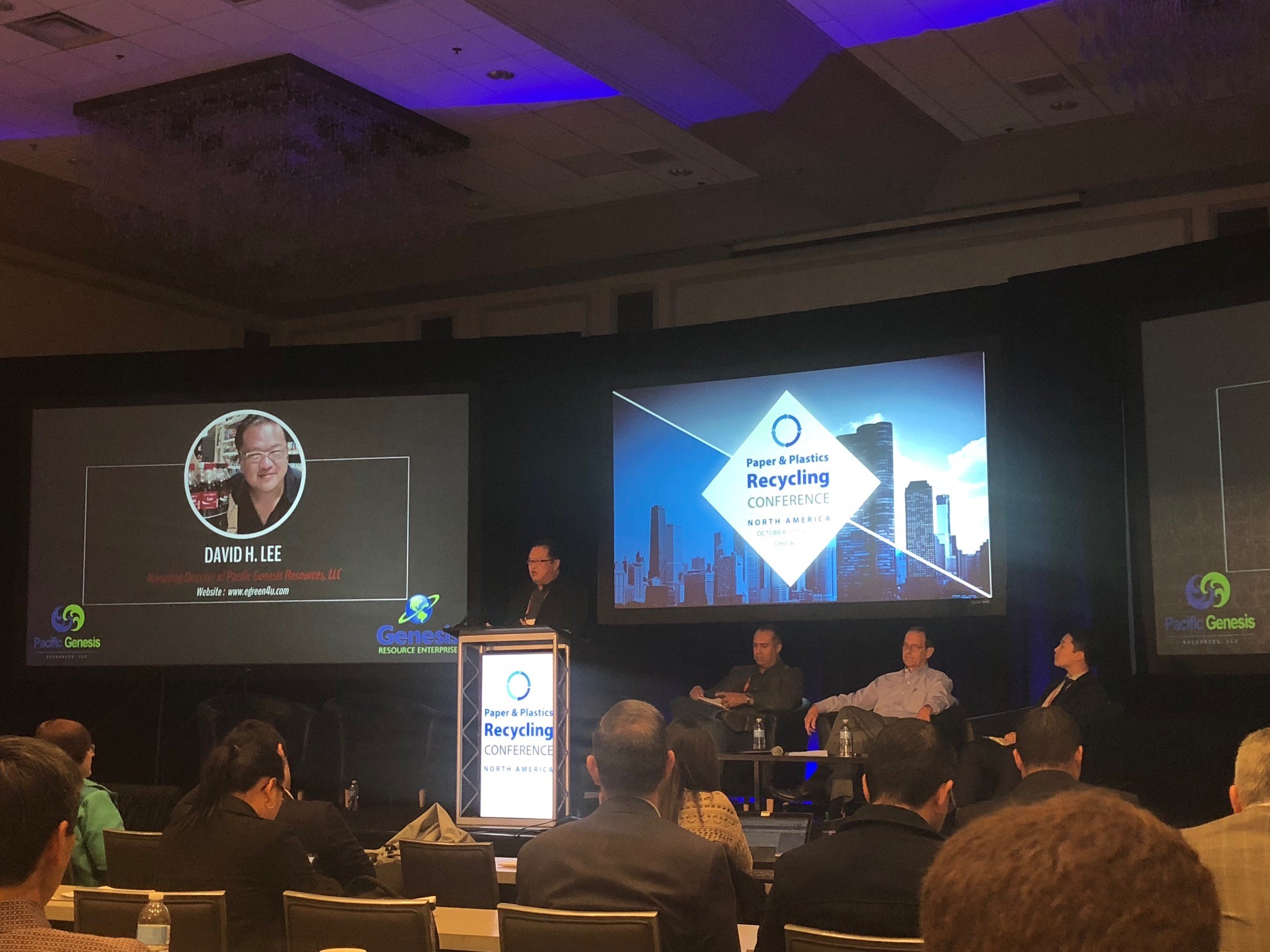 He went on to say that no one want’s to be the world’s dumping ground, and that the industry needs to find new ways to use what’s being put in the waste stream.

Commenting on the paper market, Silva said, “When it comes to paper, the industry needs to rethink itself and get creative like it did when sorting, magnets and conveyors were first introduced to the industry.”

He also said that, currently, there are no alternative markets south of the border (Latin America, Mexico, etc.) that he knows of.

Responding to that comment, Lee explained that material needs to go somewhere with high labor, low wages, a lot of water and easy transportation. But identifying those places is challenging because it used to be “if we bale it, they will take it,” but that’s not the case anymore.