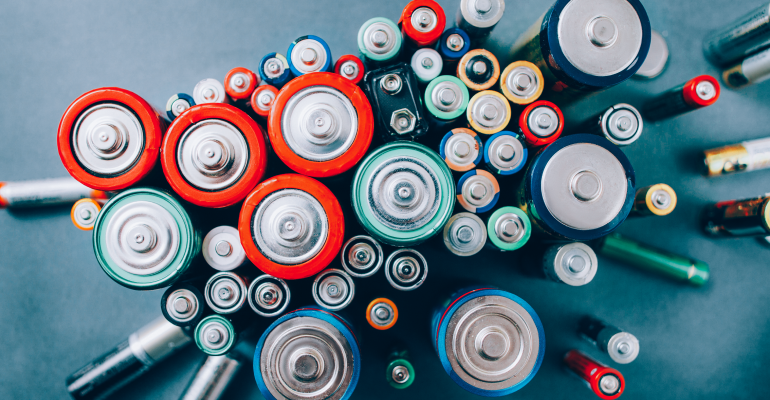 Since the launch, ReCell’s scientists have made pivotal discoveries in direct cathode recycling, recovering other materials, design for recycling, and modeling and analysis. Waste360 recently spoke with ReCell Center director Jeff Spangenberger about his take on circularity, the economics of lithium-ion recycling, and end-of-life vehicles, among other topics.

Waste360: Can you tell us about ReCell’s Lithium-ion Battery Recycling Analysis (LIBRA) and what your team is learning from it?

Jeff Spangenberger: LIBRA is a systems dynamic model that is under development to evaluate the macro-economic viability of the battery recycling industry and global supply chain under differing dynamic conditions. It can help us understand the factors that affect the financial viability of battery recycling. It includes required investments, industry build-out, and the impact of achieving research and programmatic goals.

Waste360: Do you think the onus should reside with battery manufacturers to ensure that their products have a built-in circularity?

Jeff Spangenberger: I think it is important for every manufacturer to do what is reasonably possible to allow for circularity. But I do not think battery manufacturers necessarily need to be more responsible than any other product manufacturer. I am not familiar with that many products that include design for recycle as a main metric in their development. Most products that are effectively recycled are typically done so because there is in an inherent economic incentive.

Waste360: Your team is hoping to be ready for pilot-scale demonstrations by 2022. What are some milestones you're hoping to reach in the meantime?

Jeff Spangenberger: There are a lot of waste products generated during the battery manufacturing process, and economically recycling that alone has the opportunity to make an impact on battery, and therefore electric vehicle, costs.

Waste360: What sorts of impacts could consumers expect to see as a result of your team's work?

Jeff Spangenberger: Making lithium-ion battery recycling more profitable will result in lower costs for batteries and the vehicles they are put into. It will also help smooth out price fluctuations due to supply chain issues.

Waste360: Lithium-ion batteries have been the cause of a number of fires at waste and recycling facilities. What hope can you offer to the workers and managers who are growing increasingly frustrated by these issues?

Jeff Spangenberger: Battery researchers are working hard to increase the safety of lithium-ion batteries. At the same time, education will greatly help this issue. Many people do their best to do the right thing and recycle their products with lithium-ion batteries in them. But often they just don’t know what the best thing is. For example, many folks put their lithium-ion batteries and devices in the recycling bin, which makes sense, but in most cases is not correct.

Waste360: Is there anything recyclers could be doing now to prepare for the lithium-ion battery recycling ways of the future?

Jeff Spangenberger: We are working with battery recyclers big and small to be sure that the U.S. thrives in this industry. It is going to be a group effort to make it the best it can be, and we are excited to be a part of that. Electric vehicles using lithium-ion batteries are only now starting to reach the end of their lives. Because of that, it is difficult to justify building a lot of recycling facilities, because there just isn’t enough material yet. But that is going to change over the next several years. Within the decade there will be plenty of batteries to justify the investment, and I anticipate U.S. players taking full advantage and setting up fully viable lithium-ion battery recycling facilities.

Waste360: How will you go about educating the public about the availability of lithium-ion battery recycling opportunities?

Jeff Spangenberger: The beautiful thing about end-of-life vehicles is that it’s easy for the public to do the right thing. There is an entire infrastructure that handles vehicles when they reach the end of the road, and about 95% of all cars and light trucks end up in that infrastructure. Vehicle recyclers remove pollutants and usable parts, and they will likely be the ones taking the batteries out of electric vehicles. The rest of the vehicle, the hulk, is then shredded and the metals are recycled.