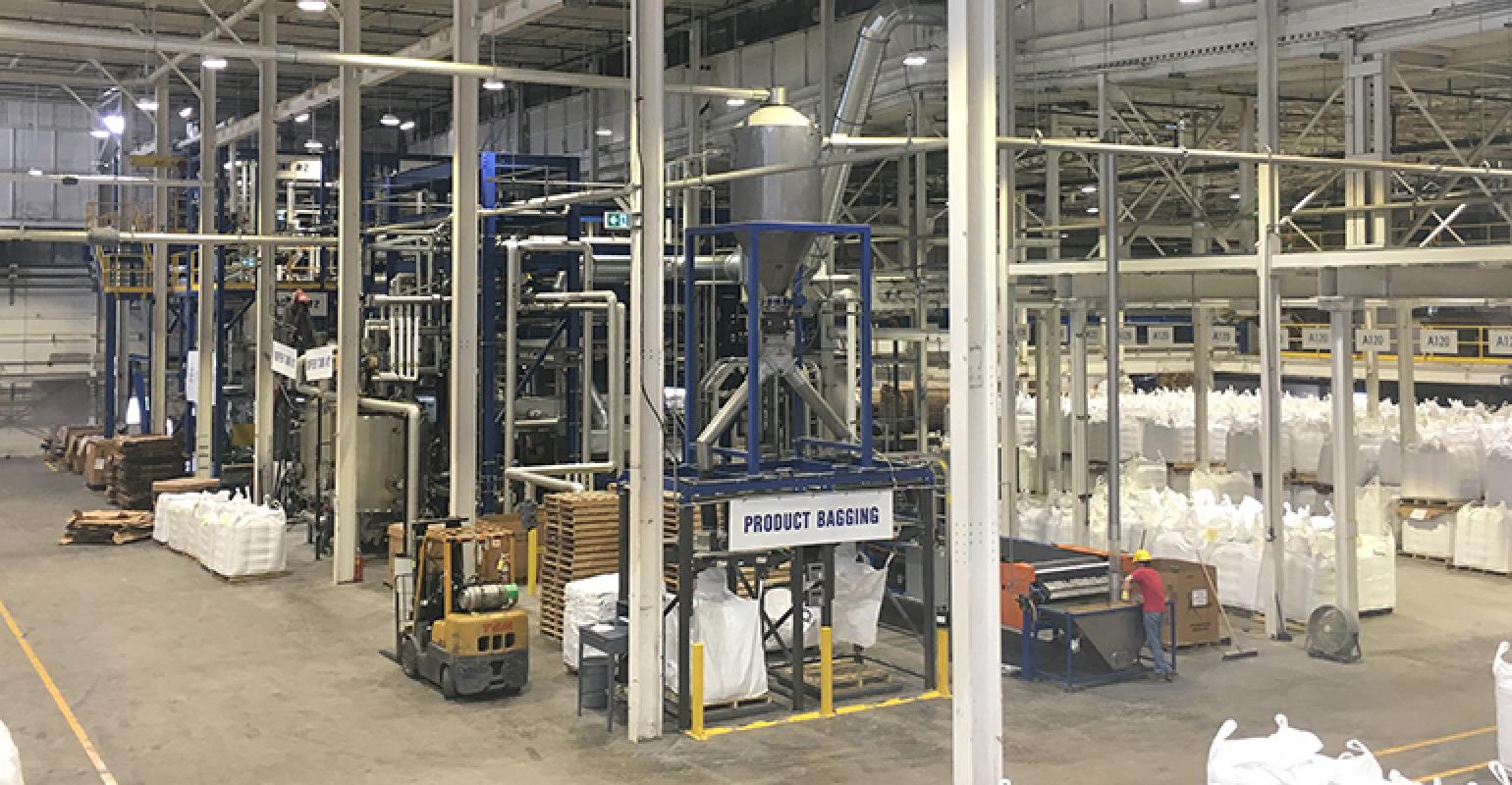 GreenMantra is leveraging chemical recycling to make products other than recycled bottles, clothing, carpets and other mainstream commodities.

Demand for recycled plastic feedstock is forecast to triple by 2050, yet most spent polymer-based materials are landfilled.

With the simultaneous growth in both demand and waste, new technologies are evolving to capture more plastics, but it has often meant figuring out how to design commodities to compete with virgin plastics made from cheap fossil sources. Or it has meant bypassing the traditional commodities market altogether by finding new niches that remove competition with fossil from the equation.

Brantford, Ontario, Canada-based GreenMantra Technologies has taken the latter pathway. It’s leveraging a chemical recycling process to make products other than recycled bottles, clothing, carpets and other mainstream commodities. And the technology developer is making headway; GreenMantra’s Brantford plant converts thousands of tons of polyethene and polypropylene a year to make products in areas from roofing to decking. It plans to double the facility’s capacity by the end of 2020.

The key has been the ability to broaden applications while improving performance of those applications, according to Domenic Di Mondo, vice president of technology and business development and cofounder of GreenMantra Technologies. 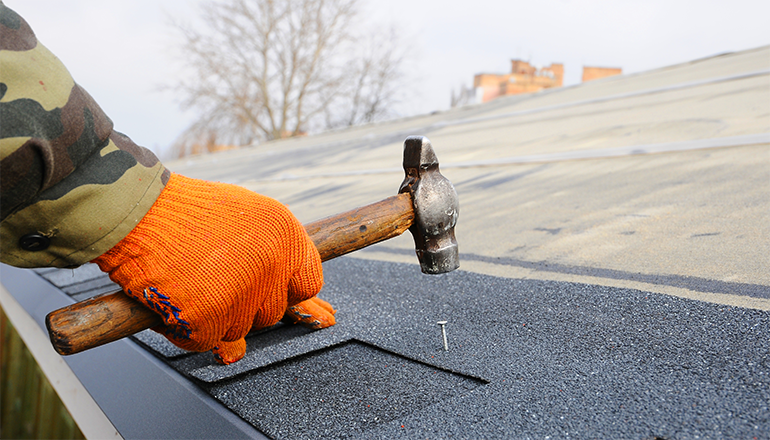 Chemical recycling, which many of its promoters prefer to call advanced recycling and whereby plastics are dealt with at a molecular level to create new products, has actually been around for years. For instance, GreenMantra is taking the plastic chain and breaking it down to smaller units.

In its infancy, chemical recycling was focused on turning plastic to fuel. And while there’s still a market for that, recently, more advanced processes have evolved.

“We are focused on making new polymers to go into markets where we could not have used discarded plastics, such as waxes and additives used in manufacturing of asphalt roads, asphalt roofing or composite lumber,” he says.

Unlike many chemical recycling processes, GreenMantra does not break down the plastic chain into initial building blocks (or monomers). Rather, the tech developer just makes the long chain a little shorter. 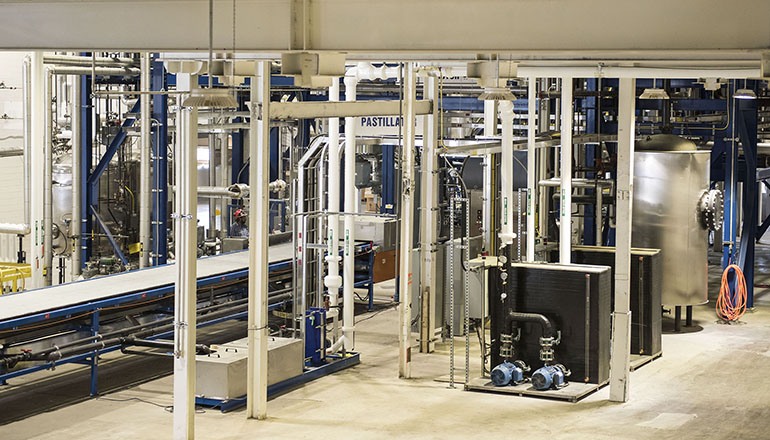 “If you break down into monomers, you have more limited applications. But we are able to create new products with different attributes, which can be used in a broad range of markets,” says Di Mondo.

Synthetic waxes are GreenMantra’s primary commercial product, which it sells to manufacturers as additives in the product types Di Mondo mentioned.

The company now has a new polymer from waste polystyrene. Used foam cups, coffee lids and other polystyrene-based products have become input to make styrene-based polymers for items like insulation board, inks and coatings. INEOS Styrolution, a global styrenics supplier, is partnering with GreenMantra to evaluate styrene polymers and monomers in circular applications. 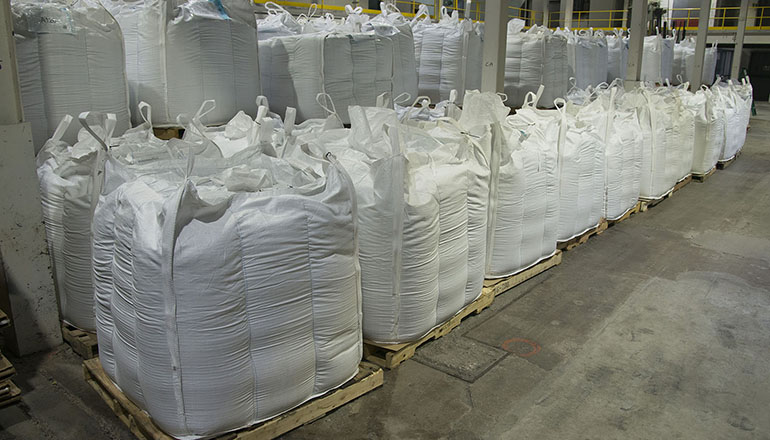 “The material is valuable to us. But it is not identical to our current raw material, as it contains other components and will need to be purified. So, we are evaluating this stream for use in our process,” says Cassie Bradley, sustainability and circular economy commercial manager for INEOS Styrolution North America.

The company is hopeful that it will demonstrate that polystyrene waste can not only be recycled but be used to produce material with the same high-performance properties as that made from virgin styrene monomer.

“INEOS Styrolution views GreenMantra as a leader in developing applications and products from plastic waste, and we are enthusiastic about the opportunity to partner with them. Our project will ensure that even more of the molecules originating from existing polystyrene products will be recycled into new polystyrene,” says Bradley. 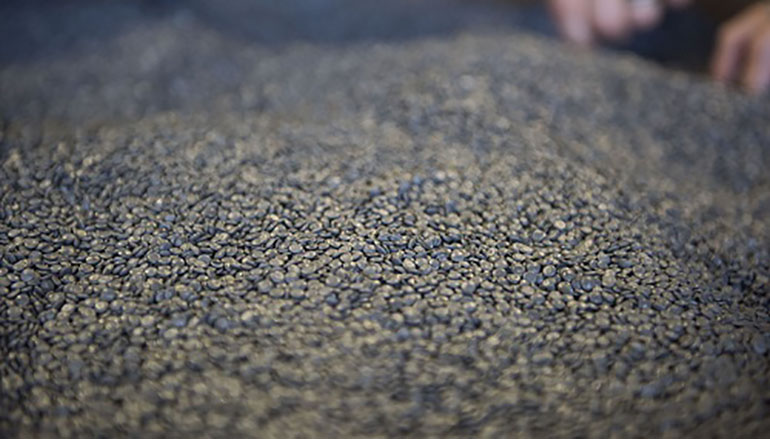 GreenMantra’s process and other chemical plastics recycling technologies could revolutionize how plastics are used and reused in the United States and around the world, projects Prapti Muhuri, manager of recycling and recovery for the American Chemistry Council’s (ACC) plastics division.

The technology developer recently joined ACC’s Chemical Recycling Alliance to help grow and scale some of these recycling processes.

“We are thrilled to have them on board. They bring a wealth of expertise, energy and passion to this effort. We look forward to continuing to work with them in 2020,” says Muhuri.

And there is plenty more work to do—and not just with regard to fine-tuning technologies.

“One of the challenges faced by all ‘advanced recycling’ technology companies is that outdated and ambiguous state regulations may treat these technologies as ‘disposal’ and their feedstocks as ‘waste,’” says Muhuri, adding that updating state laws and regulatory frameworks that recognize these technologies as manufacturing will be important to growth in this space and to creating more circular systems.