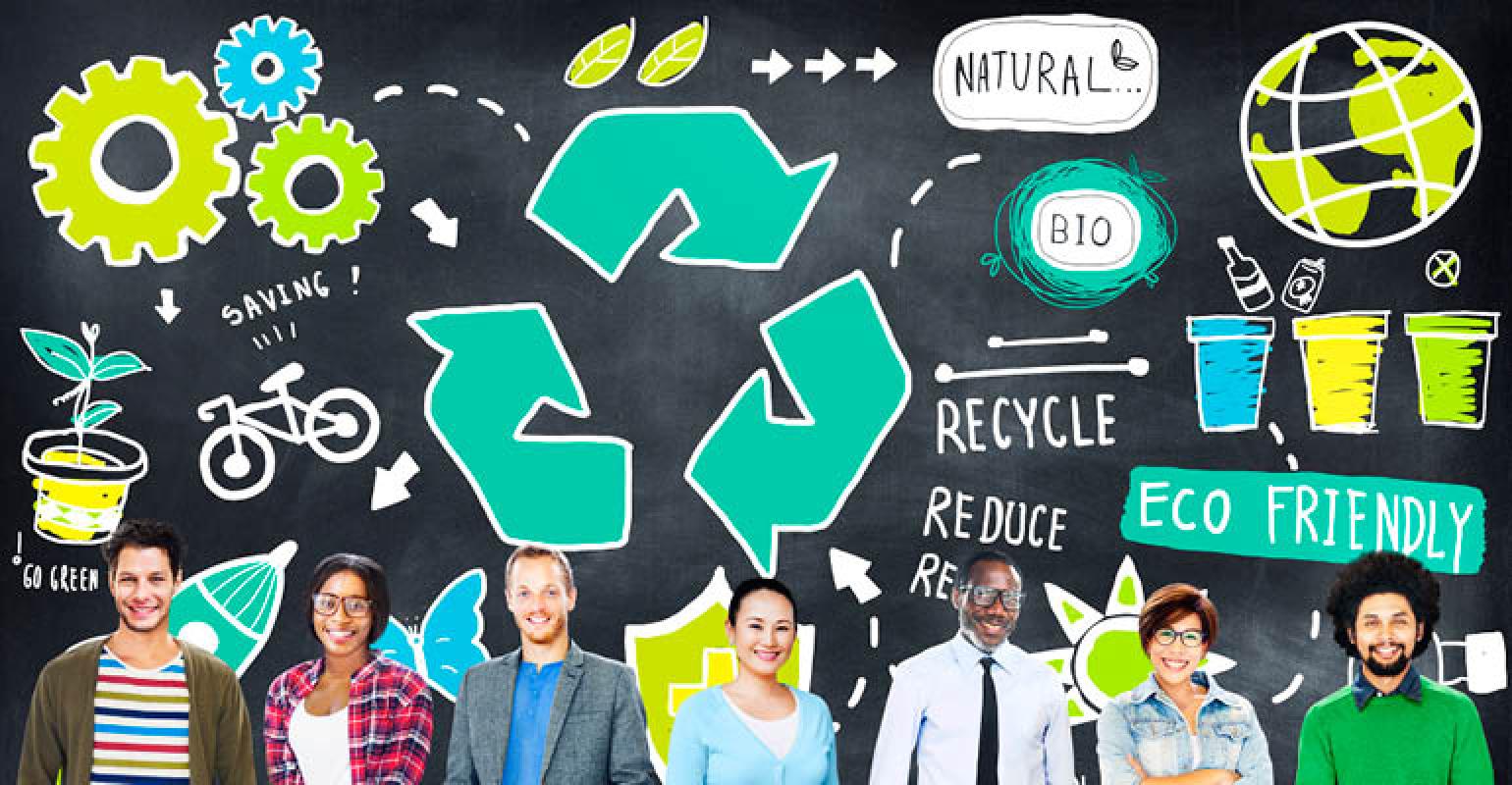 Reducing waste and increasing recycling is a goal that many share and work toward achieving. And on Sunday, March 18, government officials, businesses, communities and individuals from around the globe will join as one to participate in the first-ever Global Recycling Day.

Founded by Ranjit Baxi, president of the Bureau of International Recycling (BIR), Global Recycling Day aims to raise awareness about the importance of recycling and the Seventh Resource, encouraging those around the world to view recyclables as a resource, not waste.

“My goal for Global Recycling Day is to show the world that there is a Seventh Resource, as economically viable as, and more sustainable than, the six key primary resources: air, water, oil, natural gas, minerals and coal,” says Baxi. “Recycling is a global issue, the environment is a global issue and this day celebrates that and pushes us all—wherever we live—to do more.”

The contribution that recycling offers the world is immense, according to Baxi, as the industry provides 2 million jobs, saves 700 million tons of carbon emissions annually, reduces waste, promotes health and hygiene and is projected to add $400 billion to the global gross domestic product by 2025. And because recycling plays such a crucial role in the preservation of our planet, he feels that the industry should come together on Global Recycling Day to showcase the work it’s already doing and discuss what else can be done.

“March 18, 2018, marks the 70th anniversary of BIR, making 2018 a landmark year to create a day that recognizes the vital role recycling and the industry plays in protecting the planet,” comments Baxi.

In addition to being a day for encouraging and promoting recycling, Global Recycling Day will serve as a day of action. On March 18, world leaders, international businesses, communities and individuals will be asked to make seven clear commitments in their approach to recycling, and consumers will be asked to answer some key questions about recycling, allowing them to think of recycling in a new way.

To participate in Global Recycling Day, people are being asked to do three things: learn about the recycling industry and the power of the Seventh Resource at globalrecyclingday.com, sign the Change.org petition to join in the host of voices asking for world leaders to take a united approach toward recycling and do something good for the planet by participating in a local activity on March 18 and sharing recycling best practices on social media channels with the hashtag #GlobalRecyclingDay.

“We want Global Recycling Day itself to be a day of celebration, championship and change—a celebration of the food and materials around us, a championship of the good recycling can do and a change in our attitudes and practices toward our own waste and recycling habits,” states Baxi.

There are a number of official and unofficial events taking place to celebrate Global Recycling Day, including speeches, conferences, tea mornings and football games. Below is a list of some of the events:

Paris: The Federation of Recycling Enterprises (FEDEREC) held a press conference in Paris to raise awareness of the need to utilize the world’s Seventh Resource.

Ulaanbaatur, Mongolia: Four schools joined forces to have a day of interactive, fun learning, all based around Reduce, Reuse and Recycle.

South Africa: The Global Recycling Day Manifesto for change will be launched in Johannesburg with an event run by the Department of the Environmental Affairs, along with a public cleanup campaign with the help of the Catholic Diocese and the city of Johannesburg. People are also invited to participate in the Laerskool Middelburg Project, which will consist of collecting rubbish at the main rugby field from 7 a.m. until 8 a.m. and using collected bottles to spell the word 'Herwin,' which means 'recycle.'

Sydney: At the head office of the Australian Packaging Covenant Organisation (APCO), more than 50 academics and industry experts will gather to recognize Global Recycling Day and discuss cross sector collaborations over morning tea.

Germany: The Global Recycling Day press release will be launched amongst environmental influencers and social media from March 16 onward.

Mongolia, East Asia: The United Nations Environment Programme (UNEP) together with the Waste and Climate Change (WCC) Project are supporting a series of projects all week, including launching their own Facebook page that includes recycling facts and figures. On March 16, the WCC project is holding a “Stop and Swap” event, where participants are asked to bring five items of clothing, books, accessories, etc., shop between all the items brought in by others and take home what they love while leaving behind what they don't need.

Nepal, South Asia: UNEP and the WCC project are sponsoring and organizing activities with monks from Mustang, school children and farmers to learn about Reduce, Reuse, Recycle.

Nigeria: Chanja Datti Recycling Co. in Nigeria is having a walk at 7 a.m. at Eagle Square, Abuja, to push advocacy for recycling. Everyone will be wearing a touch of green. Chanja Datti is also running an upcycling contest, where people can create an artistic people or artwork from only recyclable materials and post about it on social media using the hashtag #GRDupcyclingCompetition.

UK: In Central London, the Global Recycling Day team will showcase recycling bales on Carnaby Street, encouraging people to sign the petition while handing out t-shirts. The British Metals Recycling Association (BMRA) will host a football tournament in Rotherham in celebration of Global Recycling Day, and Unisan UK will be donning its high-visability jackets to go litter picking.

São Paulo, Brazil: Exposucata, Expolixo and other recycling federations in Brazil, will be staging a pop-up event. They will be handing out flyers, t-shirts and asking people to sign the petition. The Global Recycling Day Manifesto for change will be launched with a press release and manifesto in Portuguese, and a pro-bono agency will assist with distributing the press release and promoting the message.

Delhi, India: More than 6,000 people are gathering in a central location in Delhi to gather up waste for sorting and wear t-shirts and celebrate. There will also be monumental billboards on display across the city.

Dubai, United Arab Emirates (UAE): Global Recycling Day’s partner in the UAE, the Emirates Environmental Group, will be launching a new recycling initiative called Green Call that’s focused on collecting old mobile phones for recycling. Companies across the UAE that have signed up to support Green Call must collect as many old phones as possible from their staff. Companies that collect at least 65 old mobiles in 30 days will be eligible for a chance to win an award from Emirates Environmental Group. The award is an opportunity to plant an indigenous tree and receive positive publicity as an environmentally responsible employer.

Vienna, Austria: The UNESCO Club Vienna is hosting an exhibition showcasing the work of Christoph Band and Pawlix, with the aim of educating the public on the critical necessity of recycling. The exhibition will run from March 18 to April 17.

Have a Global Recycling Day event to include in this article? Please email your event information to Waste360 Editorial Director Mallory Szczepanski at Mallory.Szczepanski@informa.com.