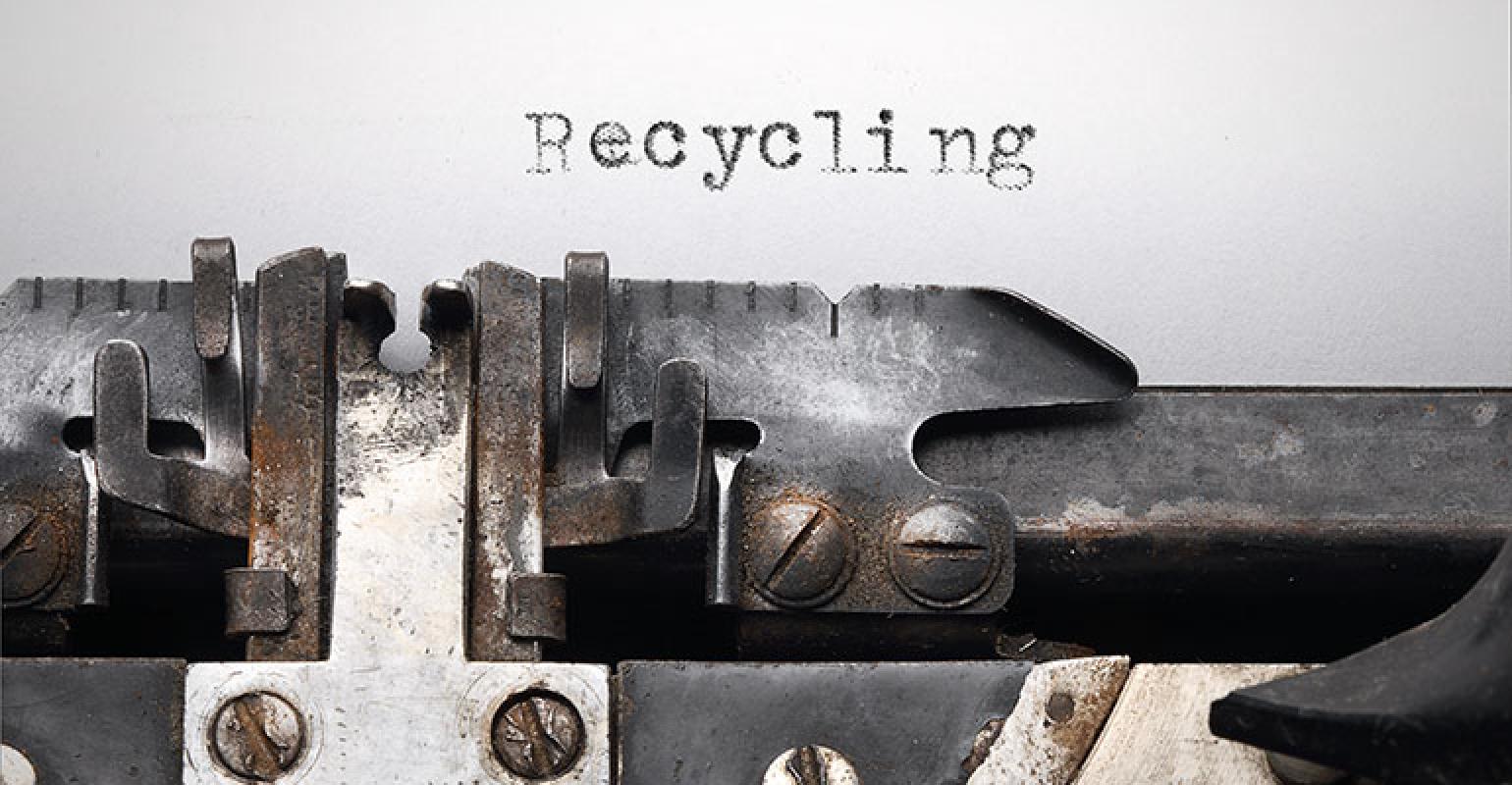 The Environmental Research & Education Foundation (EREF) has identified and analyzed recycling definitions used by state agencies in an effort to document the various ways states define recycling. Based on EREF’s research, there are at least 18 distinct ways that recycling is defined throughout the U.S.

The most common activities described as part of recycling included separation or sortation (29 states); collection (25 states); processing (21 states); and the sale or return to the economic stream (14 states).

Additionally, most states include possible outputs of the recycling process in their definition. The most commonly referenced outputs were: raw materials (28 states); ingredients or inputs for manufacturing (10 states); commodities (three states); and as products themselves (23 states).

While there are some differences in wording among the definitions, recycling generally describes the activities within the traditional curbside municipal solid waste (MSW) recycling system where haulers, materials recovery facilities, reclaimers, brokers and processors facilitate the recovery and return of useable or saleable materials to the marketplace. Differences in definition become more pronounced when considering the other MSW management techniques (e.g. reuse, composting) and materials (e.g. hazardous household waste) that may fit within the activities mentioned above. 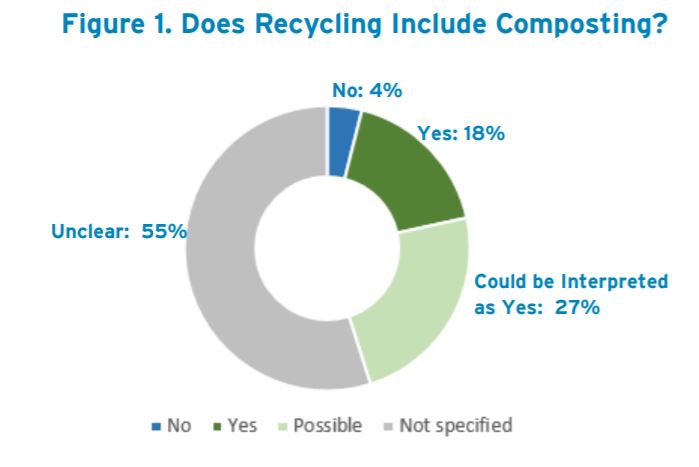 In some cases, the production of energy is also considered part of recycling. This is the case in two states (Florida and Kentucky), though to differing extents. Florida’s definition broadly defines recycling to include waste materials used to produce “crude oil, fuels and fuel substitutes” (Fla. Stat. § 403.703 (2017)).

As a result, recycling rates for Florida counties include many additional activities in recycling. Recycling in these counties includes the amount of yard waste used as alternative daily cover or disposed of in landfills with beneficial landfill gas use (e.g. vehicle fuel, heat), the amount of MSW used as process fuel and a 1 ton recycling credit for every 1 megawatt hour of electricity produced from MSW incineration or landfill gas-to-electricity (Florida Department of Environmental Protection, 2017). In contrast, while Kentucky’s recycling definition includes the production of energy, it does not include traditional waste-to-energy “incineration or combustion for the recovery of energy” (Ky. Rev. Stat. Ann. §224.1-010(21) (2017)).

Are recyclable materials waste or something else? Additionally, recycling definitions and regulations vary based on whether the bottles, cans and other materials suitable for recycling are classified as solid waste. Once discarded into a recycling bin, these materials may be considered waste or as something that otherwise would have become waste (i.e. non-waste). The distinction between waste and non-waste classification can be important in some states due to factors such as applicable regulations and permitting requirements. It can also expand recycling to include activities outside the scope of waste management, such as pre-consumer reuse.

In 18 definitions, the materials to be recycled are part of the solid waste stream, while 11 specify these are non-waste materials. An additional six definitions indicate that recycling can occur to both solid wastes and materials that would have otherwise become waste. The remaining 14 of definitions do not specify within the definition itself.