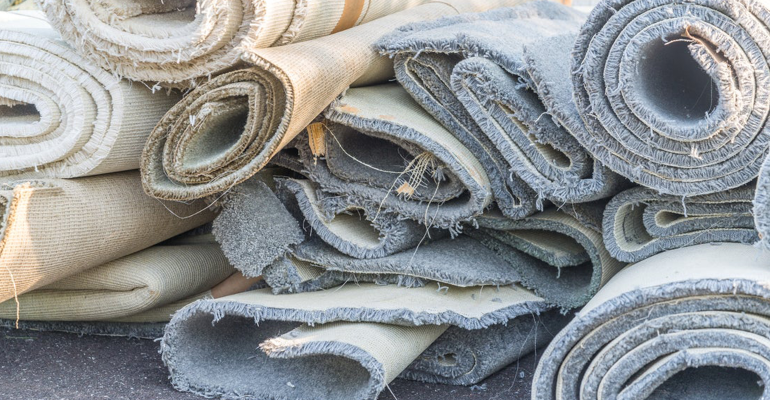 The impetus behind extended producer responsibility (EPR) legislation is to bolster the nation's ability to recycle while reducing the burden on local governments and consumers. While 33 states have laws to cover products that are arduous to recycle, the efficacy of these programs to keep these items out of landfills varies.

In California, the state's Department of Resources Recycling and Recovery, better known as CalRecycle, administers and provides oversight for all of the state-managed non-hazardous waste handling and recycling programs. It officiates stewardship programs for mattresses, paint, sharps and pharmaceuticals and carpet, relieving "millions of dollars" in costs that previously fell on the shoulders of municipalities and taxpayers.

CalRecycle Director Rachel Machi Wagoner says that "recycling carpet is critical for California to meet its climate and waste diversion goals." The state's carpet recycling program is the first in the United States and is meant to "model how designing products to be recycled creates a circular, renewable economy with less pollution." California landfills about 1.2 billion pounds (627,926 tons) of carpet each year, according to the department.

CalRecycle has maintained what it described as a  "positive, professional" relationship with Carpet America Recovery Effort (CARE), an industry-run non-profit representing carpet manufacturers, to bolster end markets in the state under California's Carpet Stewardship Program, which was enacted in 2010. Despite the efforts, CARE demonstrated "repeated failure from 2013 through 2016" to boost recycling rates and will now pay California $1.175 million as part of a settlement agreement.

CARE must pay the penalty amount, with a slight reduction in interest, to CalRecycle by June 15, 2021. CARE also agreed to dismissals with prejudice, which equates to no further legal challenges on these matters, CalRecycle stated.

"CARE identified specific annual goals in its stewardship plans, which, according to its 2013 through 2016 annual reports, it did not achieve," Wagoner says. "However, the decline in the recycling rate demonstrated a lack of continuous meaningful improvement and necessitated the enforcement action."

CARE receives funds for operating the program, which is designed, implemented, and managed by the product manufacturers. The organization operates 80 public carpet drop-off sites in 52 counties, which CARE supports with providing containers, third-party hauling services, promotional materials and technical assistance. There are more than 160 private collection sites in California.

Wagoner explains that "producers or manufacturers have the flexibility – within the parameters established in statute and subject to the oversight and enforcement by state government – to design a stewardship program to meet program goals in a way that it chooses. All the laws require stewardship organizations to submit plans and annual reports for CalRecycle approval, and to reimburse CalRecycle for its costs of oversight and enforcement."

The purpose of the assessments is to fund the program with the ultimate goal of diverting carpet from landfills, yet rates have fallen consistently.

In its Revised California Carpet Stewardship Plan 2018-2022, CARE requested an assessment of $0.35/square yard to all carpet at the point of sale, which became effective in January 2019.

An August 2020 Program Update available on CARE's website shows an increase in recycling rates from previous years. In 2019, 82 million pounds of carpet was collected, resulting in a recycling rate of 19%. The organization reported a 22.5% recycling rate in Q4 of 2019.

"One of the most critical needs CARE faces is to increase the amount of carpet that is collected for recycling in California," Wagoner says. "Doing so will allow processing facilities to operate at full capacity and help increase the carpet recycling rate and keep more carpet out of California landfills. Additionally, the organization can use its resources to facilitate innovation in recycling and remanufacturing within California to increase demand further for used carpet to recycle."

CARE has not yet responded to a request for comment.