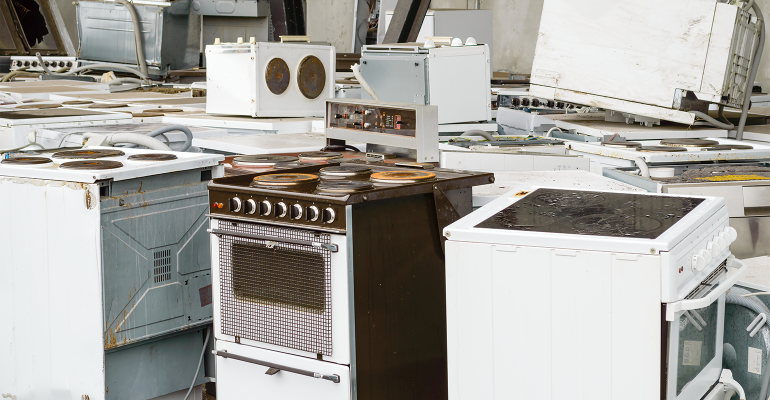 “Even after 15 years, our RAD partners continue to go above and beyond when it comes to appliance recycling,” said Joe Goffman, Principal Deputy Assistant Administrator for the Office of Air and Radiation. “Their successful efforts to recycle foams and reduce the amount of durable goods sent to landfills is having a positive impact on our environment, and we congratulate these RAD Leadership Award Winners on their achievements.”

Partners in EPA’s RAD program commit to collecting and disposing of old refrigerated appliances such as refrigerators and freezers, window air conditioners, and dehumidifiers using best environmental practices. In addition to complying with laws on the recovery of refrigerant, used oil, mercury, and polychlorinated biphenyls (PCBs), RAD Partners commit to recovering appliance insulation foam. This foam can contain greenhouse gases and ozone-depleting chemicals, so properly disposing of the foam prevents the release of climate-damaging emissions to our atmosphere. Partners also promote the recycling of all durable goods and champion the permanent retirement of old, inefficient appliances from our energy grids to help save energy. As a result of their commitments, RAD partners have achieved significant environmental benefits since RAD first launched in 2006, recycling more than 9.3 million refrigerated appliances and reducing emissions of ozone-depleting substances (ODS) by 1,989 ozone-depletion potential (ODP)-weighted tons.

• The RAD Ambassador Award was presented to Sacramento Municipal Utility District (SMUD) (Sacramento, Calif.), which has consistently demonstrated exemplary partner practices and considerable engagement with the RAD team, developed novel appliance recycling program models, including a new approach that recovers and recycles units that are taken to landfills, and explored a partnership with local retailers.

Learn more about the RAD Program and its awards: https://www.epa.gov/rad/rad-leadership-awards