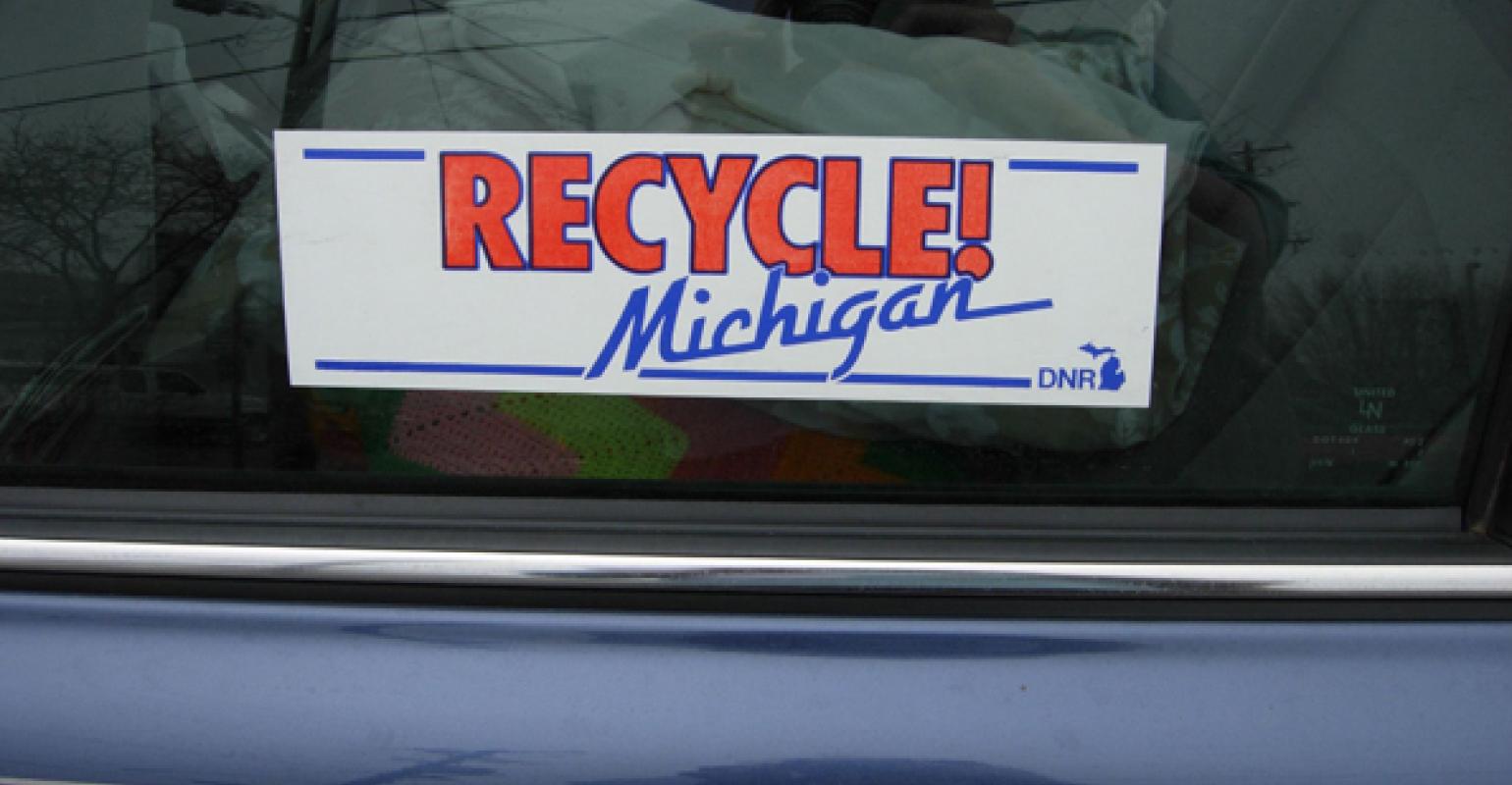 The effort builds on Michigan’s "Know It Before You Throw It" recycling education campaign that EGLE launched last year.

The city of Detroit is receiving nearly $1 million in grants to support the largest expansion of recycling in the city’s history as part of a first-ever, $2.2 million public-private collaboration to increase recycling education statewide in 2020, Michigan Department of Environment, Great Lakes and Energy (EGLE) Director Liesl Clark announced.

The effort, which is funded by EGLE and the national nonprofit The Recycling Partnership (TRP) with special support from the PepsiCo Foundation, will help build on the success of Michigan’s “Know It Before You Throw It” recycling education campaign that EGLE launched last year.

“We are committed to informing and inspiring more people than ever before in Detroit and across Michigan about how to recycle better,” said Clark during a morning news conference at the Detroit Department of Public Works, where she was joined by Detroit Office of Sustainability Director Joel Howrani Heeres, city and nonprofit leaders as well as Detroit-area state legislators.

“Increasing recycling and improving the quality of materials we’re recycling is not only the right thing to do for our environment, but it also saves energy, reduces water use, decreases greenhouse gases, conserves resources and translates into local jobs,” she said.

The aim of the Know It Before You Throw It statewide push is to better inform Michiganders on what can and cannot be recycled and how to recycle correctly.

Michigan Gov. Gretchen Whitmer and state legislators want to double Michigan’s recycling rate to 30 percent by 2025 and ultimately reach 45 percent annually. Michigan’s current 15 percent recycling rate is the lowest in the Great Lakes region and ranks among the nation’s lowest. Additionally, EGLE and its campaign partners across the state are promoting awareness of cleaner recycling practices to reduce the amount of contaminated materials improperly going into recycling bins.

The nearly $800,000 in grants to Detroit includes more than $458,000 from EGLE and $325,000 from The Recycling Partnership that will help fund new services offered this year by the city’s Department of Public Works in its multifamily, commercial and public space recycling programs.

“The Recycling Partnership’s grant of $325,000 is its first-ever to Detroit and will help spur a citywide education campaign rolling out in 2020 to increase participation in curbside and multifamily recycling programs,” said Heeres in a statement. “It’s time for each of us to step up our efforts and increase the quantity and quality of recycling in every Detroit home and business.”

The collaboration between Detroit, EGLE and The Recycling Partnership, with special support from the PepsiCo Foundation, will increase residential access to recycling and collection capacity in Detroit through the purchase of 16,400 curbside recycling carts and nearly 4,000 multifamily containers. Grant funds also will provide additional collection capacity through commercial, public space and municipal recycling containers of various sizes and a collection vehicle.

“Implementing curbside recycling with carts is an exciting initiative that can have huge benefits for the city,” said Cody Marshall, chief community strategy officer at The Recycling Partnership, in a statement. “The more we recycle, the more we reduce pollution and conserve resources. We are excited to work with the city of Detroit to provide curbside carts to more residents throughout the city.”

Highlighting the news conference was the Detroit debut of EGLE’s Michigan Recycling Raccoon Squad, a six-member team of recycling champions who serve as EGLE’s education ambassadors. EGLE research shows that education is key for residents to learn how to properly recycle.

In addition to the Detroit grant, EGLE and The Recycling Partnership announced new 2020 grant opportunities across Michigan totaling $1.5 million to communities seeking to improve material quality in residential curbside and drop-off recycling programs.

Any Michigan municipality, township, county or regional authority representing a group of communities currently operating a curbside and/or drop-off recycling program is eligible to apply for up to $150,000 per grant application. Funding may be used for cart tagging, education and communication, social media, signage and other tactics aimed at reducing contamination. Applications are due on February 28.