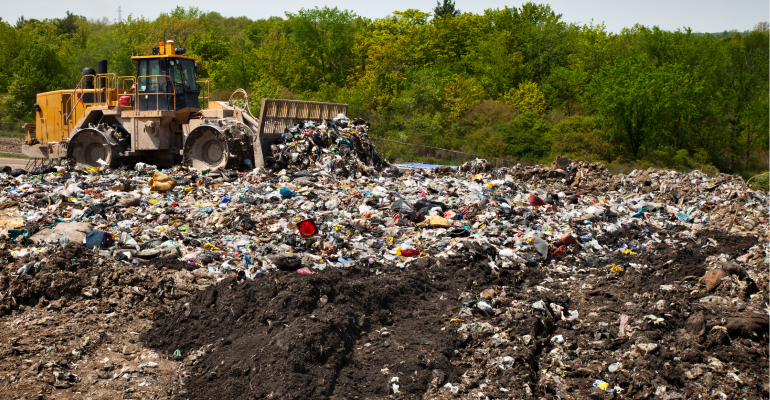 Schott Design, an Indianapolis-based commercial interior design firm, is taking a lead in tackling the issue of Construction & Demolition (C&D) waste in its industry. Its year-old schottXChange program “facilitates the reuse of items within or between buildings, diverting materials from the landfill.”

Francis acknowledges that, “The big roadblock to sustainable solutions in commercial construction has always been the additional cost it adds to projects. The process of recycling and reuse has a reputation for being expensive and difficult, so the vast majority of things end up in the trash.”

Through schottXchange, the company picks up unwanted items at no cost, and then sells them at a deeply discounted price to a new owner. “For example, if building A is getting rid of 10 doors, but building B needs 10 doors — these doors will be rescued from Building A before going to the landfill, touched up, and installed at Building B to avoid production of 10 new doors.”

Francis notes that, “Initially, it was difficult to shift the mindset to ‘deconstruction, not demolition’…but our approach has been to educate our partners as to why these changes are needed, and to inspire them to be part of something more meaningful.”

She goes on to say that, “Collectively, as an industry, we can bring significant change — through relatively small changes — and really move the needle on C&D recycling and reuse in our nation.”