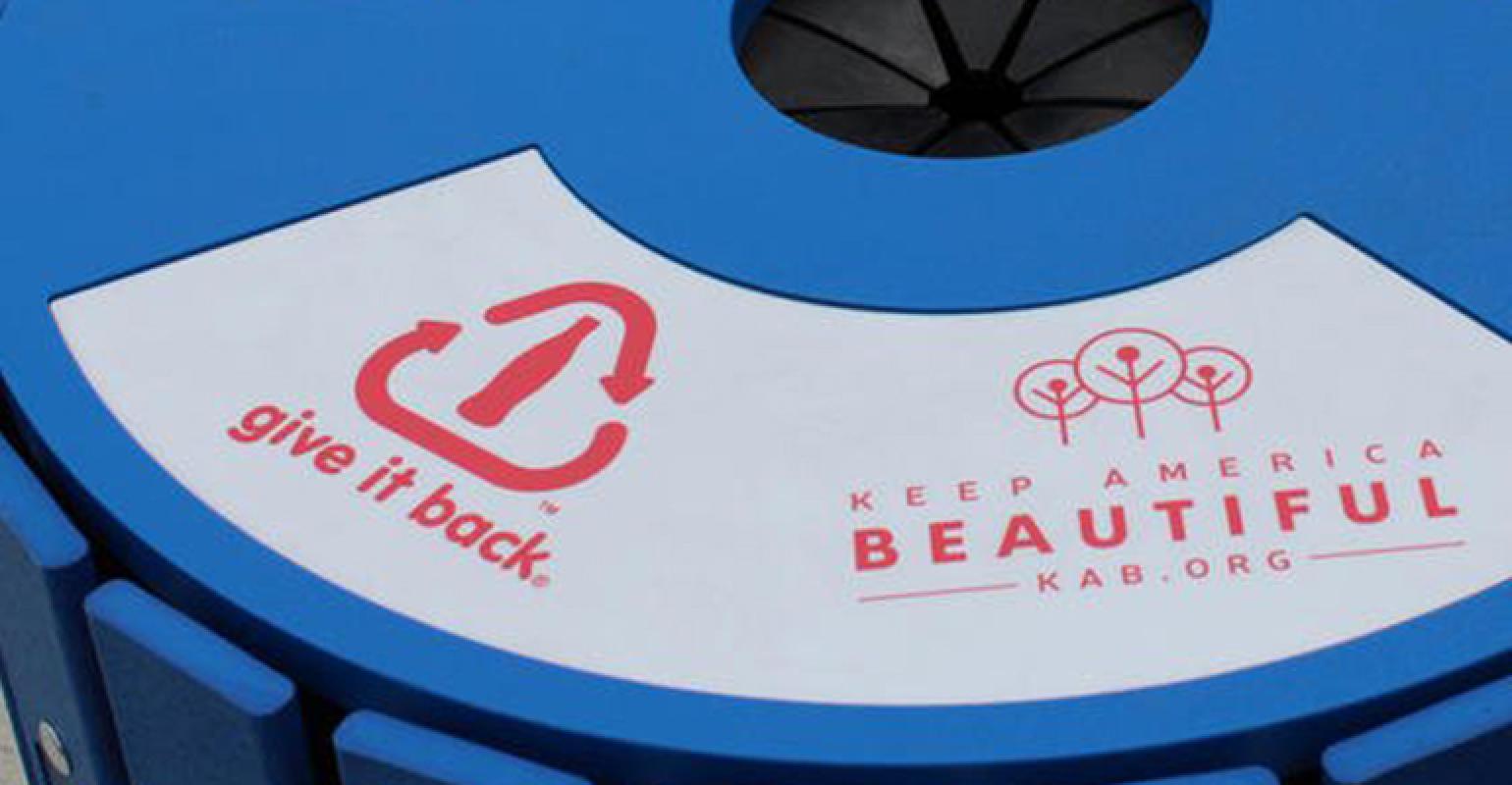 Over the history of the program, more than 37,000 public space recycling bins have been awarded, providing recycling opportunities for millions of people.

With bins placed at locations ranging from college campuses, to fairs and festivals, to downtown streetscapes and playgrounds, to other on-the-go settings, KAB and Coca-Cola estimate public space recycling will be given greater visibility and access to an estimated 10.6 million individuals annually in these locations. Approximately, 54 percent of the exposure will take place in special event locations with the remaining access being served through the placement of year-round permanent bins. The program is funded through a $350,000 grant from The Coca-Cola Foundation to Keep America Beautiful, which in turn awards recycling bins through a competitive, merit-based application process.

“This grant program has greatly expanded recycling opportunities in public spaces thanks to the significant commitment of The Coca-Cola Foundation to maximize public access to bins,” said Randy Hartmann, senior director of affiliate operations for KAB, in a statement. “With over a third of all beverage containers consumed in the U.S. used on the go, we know the barriers to capture more containers in public spaces is relatively easy if we provide greater accessibility and convenience.”

Grant recipients were chosen by Keep America Beautiful based on their potential to collect the most cans and bottles as well other considerations such as creating new or expanding access to recycling in a community; providing greater numbers of people with exposure or access to collection bins; providing access in environmentally sensitive areas (e.g. along waterways); and the long-term potential of the public space recycling efforts to increase recycling participation in a community.

“Supporting community recycling programs and providing increased access to recycling is a priority for The Coca-Cola Foundation. Through our longstanding partnership with Keep America Beautiful on the Recycling Bin grant program, we can help communities improve access to recycling in public spaces, reduce litter and improve the environment,” said Helen Smith Price, president of The Coca-Cola Foundation, in a statement.