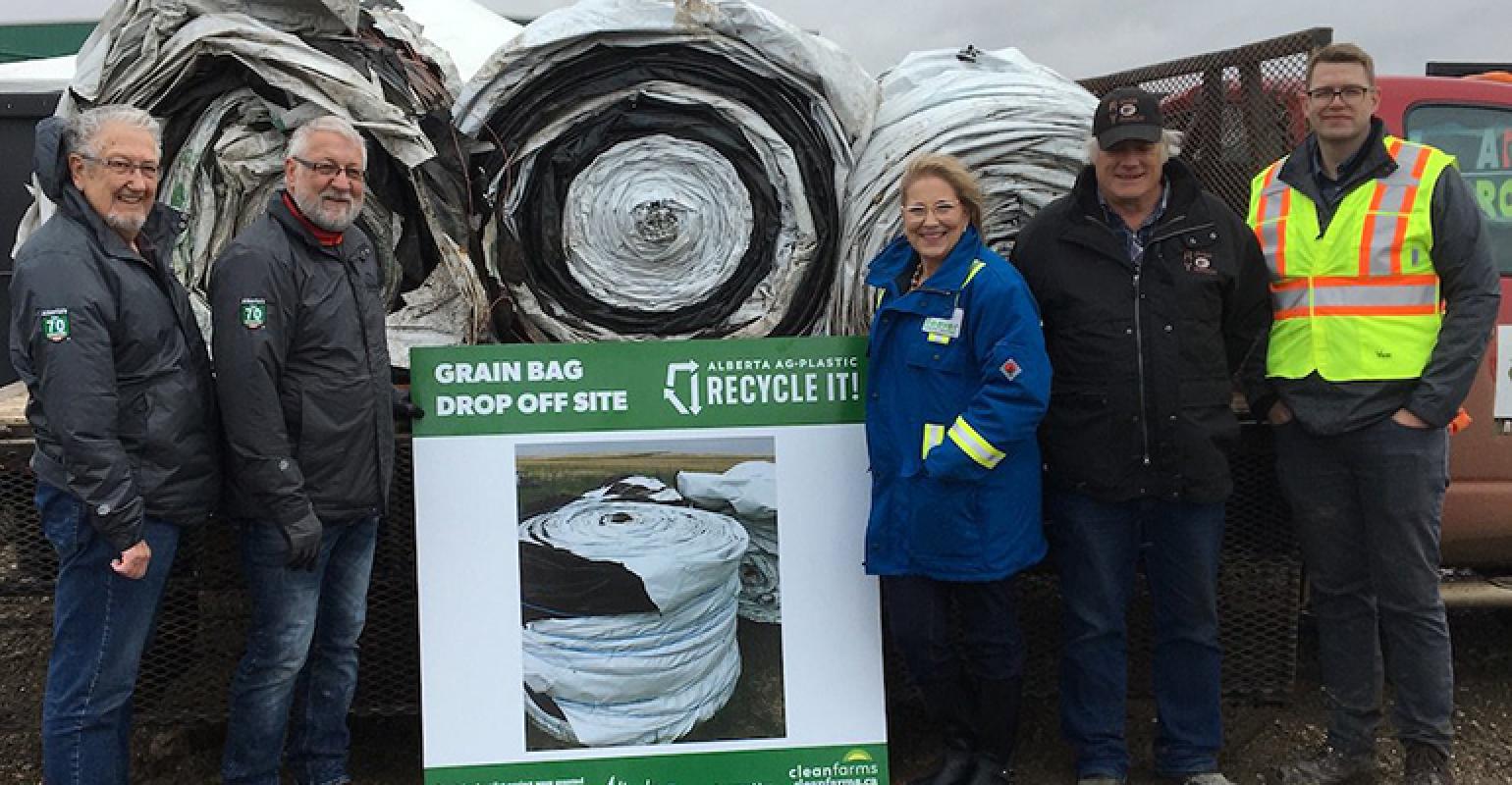 Via a new pilot program, Cleanfarms will expand its agricultural plastics recycling program and collection of plastic grain bags to Alberta, Canada.

Canadian organization Cleanfarms has announced a new pilot program called Alberta Ag-Plastic. Recycle It!, which will be led by the Agricultural Plastic Recycling Group and will expand Cleanfarm’s agricultural plastics recycling program and collection of plastic grain bags and haybale twine to Alberta, Canada.

The pilot program was launched due to producer interest and includes about 20 pickup locations for grain bags and plastics. The goal, however, is to expand the number of pickup locations every year.

Cleanfarms is expanding its agricultural plastics recycling program and the collection of plastic grain bags to Alberta in a new three-year pilot program.

The program is led by the Agricultural Plastic Recycling Group (APRG) and is being managed by Cleanfarms. The Canadian organization announced the pilot​ – Alberta Ag-Plastic. Recycle It! – to recycle grain bags and haybale twine along with the opening of a new office in Alberta in February.

Initially, the agriculture industry recycling program focused on pesticide containers, followed by unused pesticides and medicated animal health products, said Barry Friesen, general manager with Cleanfarms. However, that has expanded to account for a wider range of industry-generated plastics.