The Chinese Banned Our Recyclables: What Happened Next 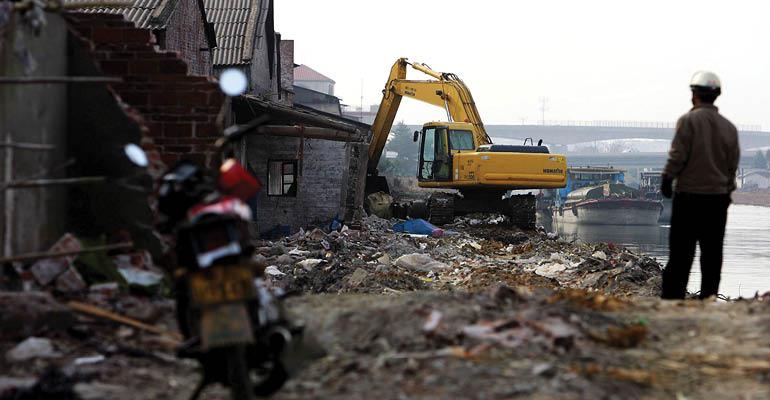 Five years ago in July, the Chinese government announced a potential ban on imports of 24 different recyclables. The list included paper and plastics, the heart of curbside recycling programs. Government officials described these materials as “waste”. To their buyers, however, they were raw materials for products. The ban went into effect in March 2018.

Five years ago in July, the Chinese government announced a potential ban on imports of 24 different recyclables. The list included paper and plastics, the heart of curbside recycling programs. Government officials described these materials as “waste”. To their buyers, however, they were raw materials for products. The ban went into effect in March 2018.

The announcement created an uproar. In retrospect, it was no surprise. I spoke at a 2014 paper recycling conference Shanghai. At the same meeting, Chinese environmental officials laid out their plans for “rationalizing” the domestic recycling system and fixing its perceived problems. They never mentioned banning recyclables, but I bet they already had made that decision.

The media reaction was over the top. We were told, for instance, that “since the 1990s, the world has shipped its waste paper, discarded plastic and unwanted metals to China”. That is simply not true. Paper mills and other manufacturing facilities throughout the world use local recyclables.  After all, it’s usually cheaper to ship locally than overseas.

We were also told communities were abandoning their recycling programs and recycling is “broken”. It’s not and they didn’t. Only about 100 communities stopped recycling. That’s not a bad loss rate out of 10,000 or so curbside programs.

That is not to say that everything was rosy when the ban went into effect. Curbside paper prices collapsed. Residential mixed paper had a negative price for much of 2019. Similarly, corrugated container (aka cardboard boxes) prices fell considerably.

Curbside plastic values followed a different trajectory. PET and PP prices went up a bit, natural HDPE and colored HDPE went up and then down. Mixed 3-7 plastic bales lost three-quarters of their minimal value. (All paper and plastic prices are from RecyclingMarkets.net and reflect prices received by MRFs.)

Price impacts were different because recycled paper and plastic have different markets. In 2017 about 40 percent of America’s recycled paper was exported, with about 27 percent going to China. Even now we export 34 percent of our paper recyclables. This is a direct result of American companies “offshoring” product manufacturing to other countries in the last three decades. The boxes used to ship those products to this country are usually made overseas as well. Paper exports will only fall dramatically when those same companies start reshoring manufacturing.

Because of the ban, recycled plastic exports plummeted from 3.68 billion pounds in 2017 to 1.21 billion pounds in 2021. Yet, at the beginning of the decade, exports of recycled PET and HDPE had already begun to decline. Mixed plastics are more likely to be exported.  Now, half of our exports go to Canada and Mexico. Note too, that plastic export data is always in billions of pounds while paper is in millions of tons. Plastics, after all, are lightweight.

Capacity to use more recycled paper in North America has increased since the ban, leading to higher prices for curbside paper. That increase is partially a result of the ban but due to the increase in the use of e-commerce. Before the ban, several containerboard mills started increasing their capacity to use recycled boxes. Plans were also underway to build at least one new mill using curbside paper. Since the ban, these capacity increases have been even more dramatic with as much as 8 million new tons of capacity coming online as a result

New plastic recycled content capacity has also been announced and built. Much of it is so-called “mechanical” plastic recycling in use since plastic recycling began. Limitations with those processes have led to a great deal of interest in non-mechanical systems, usually called “chemical” or “advanced” plastic recycling. About seven of those facilities are now operating, although exact data on the amount and type of postconsumer plastics they use is hard to get.

In an ironic twist, the ban may have had a negative impact on Chinese papermaking capacity. Before the ban, China relied heavily on domestic supplies of recyclable paper and imports. Since the ban, domestic recycling has increased as has its cost. Imports in the form of recycled fiber pulp have also increased. Some of that pulp is made in American mills, some in Southeast Asian mills that rely on imports. Because those two sources are limited in size, China has been forced to increase its use of virgin fiber pulp, whether it is made in China or imported. Time will tell whether those sources can make up the gap caused by the ban.

The ban clearly put American recycling programs through a wringer. I expect more crises in the future. I’ve seen six or seven since I started at EPA in 1976. I don’t know what crisis is waiting to unfold in the future, but I suspect that recycling will continue to have the resilience to survive.