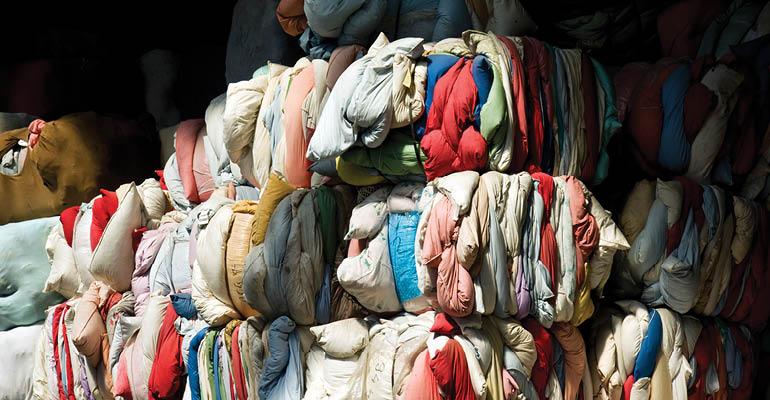 It proposes adoption of the measures effective September 1.

In two filings registered with the World Trade Organization on Tuesday, China signaled its intent to forbid 24 kinds of solid wastes by the end of 2017.

It proposes adoption of the measures effective September 1.

“By the end of 2017, China will forbid the import of 4 classes, 24 kinds of solid wastes, including plastics waste from living sources, vanadium slag, unsorted waste paper and waste textile materials,” according to one of the filings.

The waste and recycling industry in the U.S. was quick to react to the news.

“Although I have not yet reviewed the WTO filing, and therefore some questions remain concerning the scope of the prohibition, it is likely that this action will have an adverse impact on recycling collection programs in the U.S. and Canada,” David Biderman, executive director and CEO of the Solid Waste Association of North America, wrote  in an email statement. “SWANA is in contact with key officials at the U.S. Department of Commerce and the Office of the U.S. Trade Representative about this development and further discussions are expected in the near future.”

The ISRI also released a statement that it had already notified the Office of the United States Trade Representative and the U.S. Department of Commerce on the impact such a ban would have on the recycling industry. It also briefed U.S. officials in preparation for tomorrow’s U.S.-China Comprehensive Economic Dialogue (CED) in Washington.

“If implemented, a ban on scrap imports will result in the loss of tens of thousands of jobs and closure of many recycling businesses throughout the United States,” ISRI President Robin Wiener said in a statement. “The scrap recycling industry is the first link in the global manufacturing supply chain. Recycled materials are key inputs into the production of new, usable commodities for the use in value-add production. In any given year, approximately one-third of the scrap recycled in the United States is prepared for shipment to the export market, and China is the recycling industry’s largest customer…. More than 155,000 direct jobs are supported by the U.S. industry’s export activities, earning an average wage of almost $76,000 and contributing more than $3 billion to federal, state, and local taxes. A ban on imports of scrap commodities into China would be catastrophic to the recycling industry.”

This is not the first time China has made moves to limit its imports of waste. In March, the China Scrap Plastics Association enacted “National Sword 2017” to crack down on plastic waste imports. It included heightened measures and inspections at China’s ports of waste coming in.

More famously, in 2013 China erected its “Green Fence” to get tough on contamination in recycled commodity imports. In the first year of Operation Green Fence, almost 70 percent of all incoming containers loaded with recyclables were subjected to thorough inspections.

This ultimately had the effect of U.S. recyclers producing higher quality materials to ship to China.

The list of applicable products in the current WTO filing includes: