Chicago Suburbs Have a “Wishcycling” Problem 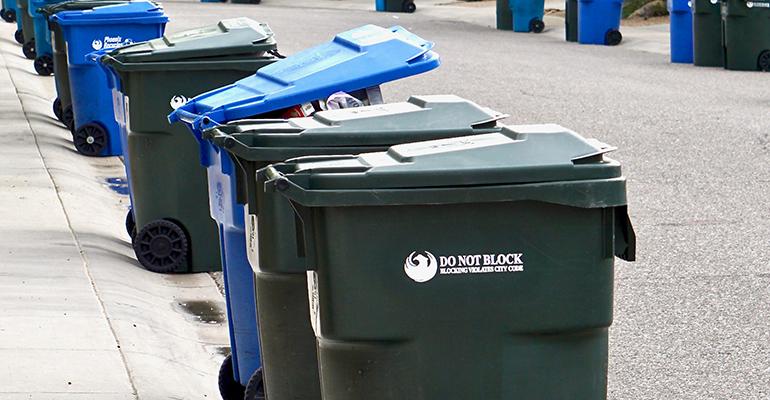 Twenty to 25 percent of the recyclables picked up in dozens of Chicago suburbs are not recyclable and causing a contamination problem.

Chicago-based WGN 9’s investigative news team rode along with one residential recycling truck’s route and found that 20 to 25 percent of most of the loads picked up are unrecyclable.

Recycling needs to be rebooted. That’s the opinion of experts as commodity prices crash and many residents still can’t recycle right.

WGN Investigates rode along one recycling truck’s route in Oak Lawn and followed it to the yard to see how much of the material residents put in their green carts is actually recyclable.

“Believe it or not we get a lot of diapers,” said Pete Keller of Republic Services which handles waste hauling for dozens of Chicago suburbs.