Home>Recycling
Recent
GFL Revenue Up Nearly 30% (and a 37.6% increase in Adjusted EBITDA and a solid update on acquisitions)
May 06, 2021
Part 2: Curtain Call for Early PFAS Compound
May 06, 2021
Ohio EPA In Court Over Toxic Debris at Arco Recycling Dump
May 06, 2021
University of Maine Launches a Campaign to Reduce Food Waste
May 06, 2021
Tool Enables U.S. Companies to Set Ambitious Packaging Strategies to Reduce Plastic Waste
May 06, 2021
Too Good To Go Expands Nationally, Bringing Food Waste Solution To West Coast
May 06, 2021
Episode 17: Making Waste an Asset with the Appalachia Ohio Zero Waste Initiative
May 06, 2021
Republic Solidifies Santek Deal and Reports Robust Q1 Earnings
May 06, 2021 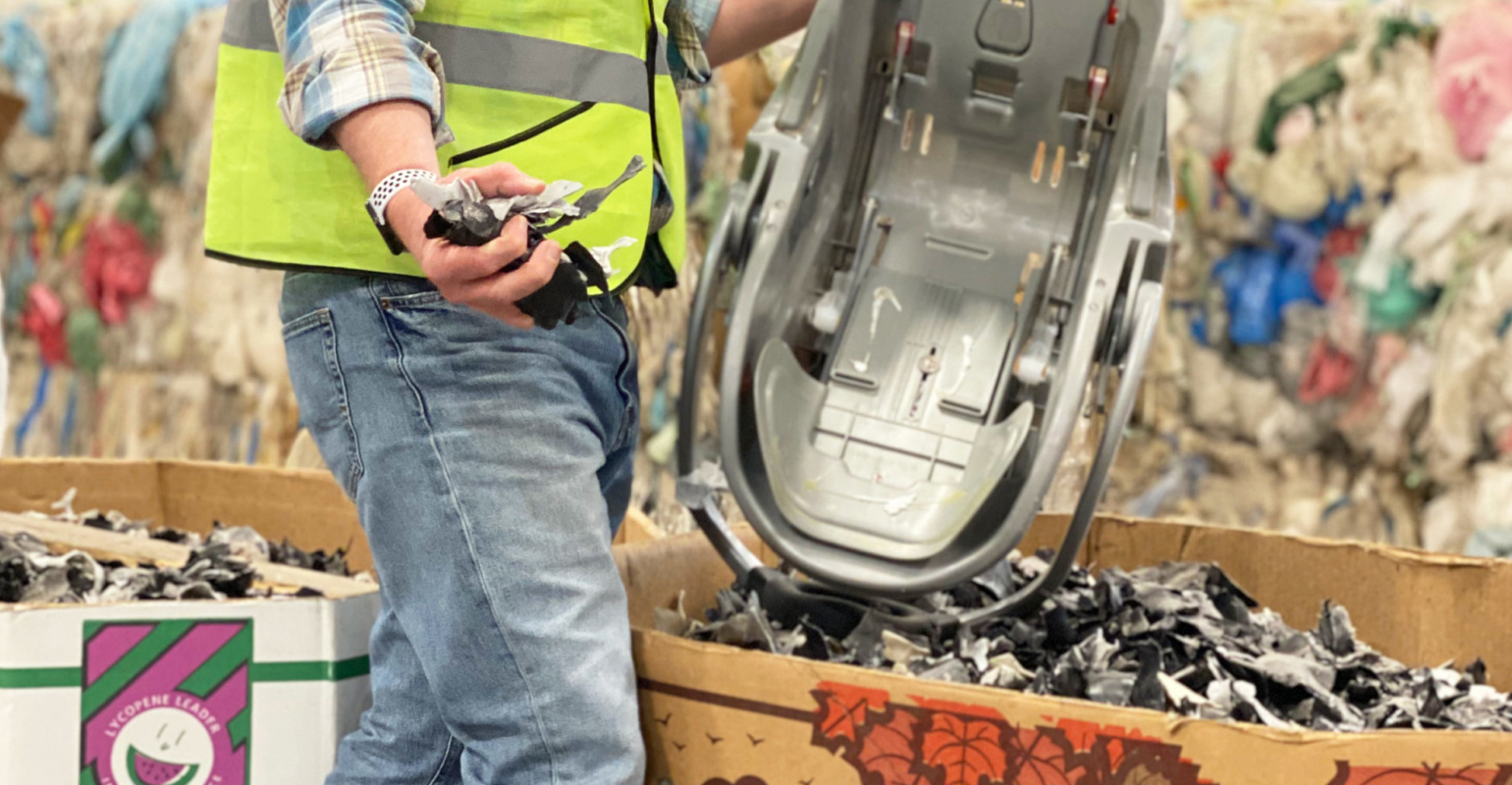 The San Francisco, Calif.-based company will leverage a form of pyrolysis, invented by RES Polyflow, now owned by Brightmark. Brightmark has invested $260 million in the upcoming commercial-scale Indiana operation.

Bob Powell, founder and CEO of Brightmark, explains how and why the company, barely five years old, has followed the branched-out trajectory it has chosen.

“We started with RNG because we were going for where we could have the greatest environmental impact. That has been our primary goal. Organics, particularly food waste, is a major problem around the world. It creates greenhouse gas emissions, and methane is even more detrimental than CO2. Meanwhile there’s great ability to pull methane out of the atmosphere and create RNG that is intensely negative carbon,” he says.

But as global attention to climate change heightens, so too has the attention to single-use and other post-use plastics that are entering the environment, especially the ocean.

“So, we looked at how we could use our expertise to develop economical waste solutions to address plastic waste. And we found a solution in technology that was originally patented over 15 years ago,” says Powell who has over 30 years’ experience in building and financing energy projects, both traditional forms of energy and, more recently, renewable energy.

The plastics conversion technology to be leveraged at the Indiana plant is a form of pyrolysis. It will produce fuels and petrochemicals, feedstocks that can become the building blocks of new plastics, and wax that can go into candles, polishes, food-grade waxes, and carboard boxes, among commodities.

“With this form of pyrolysis, we can take all plastics – numbers 1 through 7 –mixed. This is important because many waste management companies are not able to sort these plastics. But these lower-cost feedstocks are a good source for us.  And we have the ability to operate seven days a week, 24 hours a day, as the process is automated for maximum output.”

The conversion takes place in large stainless-steel vessels. It’s the temperature and conditions maintained within these vessels that are what Powell calls “the secret sauce.”

He and his engineering partners thought that to invest in and own technology, then build products, was a natural fit. It aligned with what they were doing – finding ways to operate economically and on a long-term basis that would benefit the environment.

Construction of the Indiana plant began in April 2019 and is on track to be complete and fully operational later this year. It should be able to produce 18 million gallons of liquid fuel and naphtha blend stocks that can be converted back into plastics and six million gallons of wax per year.

Powell cannot name feedstock suppliers but says he has nondisclosure agreements with some of the largest waste management companies in the U.S.  He is looking to develop partnerships with more waste companies as well as generators of specialty streams.

“There are interesting markets, especially in the Midwest where a lot of shrink wrap is used to weatherize boats in the winter. This plastic is thrown away in the spring, and we have contracts to take that material and use it as feedstock.

We will need new partners in different locations, and as we expand the facility in Ashley and launch other sites, we expect to establish more partnerships with generators of varied specialty streams,” Powell says.

Brightmark is simultaneously looking for more partners like bp who are interested in buying products with value made from renewed plastic.

“bp, like us, is focused on true circularity; that is taking plastics we would throw out and remaking it into valued plastics for reuse while keeping them out of the environment. That is our ultimate goal, and bp is going to help us achieve that,” Powell says.

bp will purchase all the diesel and naphtha produced at the Indiana plant. The corporation has a goal of becoming net zero by 2050 or sooner.

“This goal is underpinned by several aims to get there.  Specific to the Midwest, bp owns the largest refinery in the Chicago area. We have an extensive distribution system to service our own refinery in that region. We can leverage our existing assets and infrastructure to bring Brightmark’s products to market for diesel fuel and naphtha,” says Amy McKerns, director of business development at bp.

Currently Brightmark and bp are jointly exploring new markets for facilities similar to the Ashley plant she says, adding that what differentiates Brightmark is that it’s the first to use the technology at this scale.

This agreement is the first venture where bp is sourcing fuel and petrochemicals feedstocks from plastics in the U.S., though the corporation has a diverse portfolio in the renewables space, which includes bio and renewable fuels from waste oils.

Powell says that Brightmark is fielding inquiries from around the world from parties wanting to know about the Ashley, Ind. project and expressing interest in investing in similar facilities.

The company will soon announce other communities where it plans to site plants and is focused on the Northeastern and Southeastern parts of the U.S. Internationally, Brightmark has a memorandum of understanding with SK Global Chemical, a petrochemical company in South Korea, to build a commercial-scale plastics renewal plant in that country.

“As we go international, we would like partners who understand their local business environment. And hopefully they will have an appreciation for post use plastics in their countries, as the communities we partner with in the U.S. do. Potentially they may have partners who, like bp, would buy our products,” Powell says.

On the RNG side, Brightmark has partnerships with 29 dairy farms in eight states and just announced closing of a second set of projects with Chevron for RNG sourced from dairy.

Brightmark is working toward a closed loop, circular economy approach to tackle what Powell calls “the planet’s most pressing environmental challenges.”

“We see great opportunity in these challenges and are delivering on our mission on both the plastics renewal and RNG sides of our business. We’re optimistic about the future as we scale globally and bring sustainable and economical solutions to our customers and partners that significantly reduce waste and emissions.”