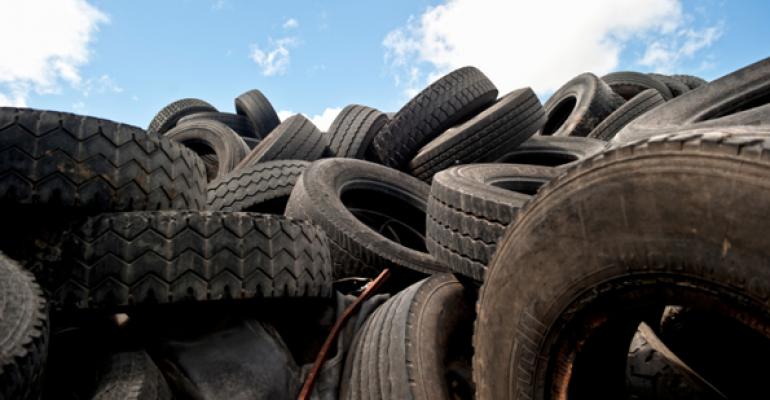 An investigation by nonprofit FairWarning shows how recycling scrap tires into synthetic turf has become a mounting problem.

An investigation by nonprofit news outlet FairWarning has found that artificial turf, which has been touted as a recycling fix for millions of scrap tires, has actually become a “mounting disposal mess.”

The report, which was recently shared by The Atlantic, points out that despite claims by turf manufacturers that synthetic turf fields are recyclable and environmentally friendly, worn-out playing fields and playgrounds actually have limited second lives. And the technology to recycle this product—separating the plastic grass and backing from the sand-and-rubber infill—still isn’t fully developed in the United States, or is deemed too expensive, the report notes.

The report also notes that The Synthetic Turf Council estimates there are between 12,000 and 13,000 synthetic turf fields in the U.S., with some 1,200 to 1,500 new installations a year. However, hundreds of fields that were installed in the mid-2000s are at or beyond their estimated eight- to 10-year life spans. And most of the fields contain a product that has come under scrutiny in recent years over fears that tiny tire fragments containing heavy metals and chemicals might be dangerous.

The Atlantic has more information:

America’s scrap tires had to go somewhere without gobbling up landfill space. Billions of cast-off tires already had accumulated in ugly stockpiles, and millions more were “scattered in ravines, deserts, woods, and empty lots,” sparking toxic fires that burned for months, the Environmental Protection Agency declared in a 1991 report.

“As costs or difficulties of legal disposal increase, illegal dumping may increase,” the agency said.