Aquafil Works to Close the Loop on Carpet Manufacturing 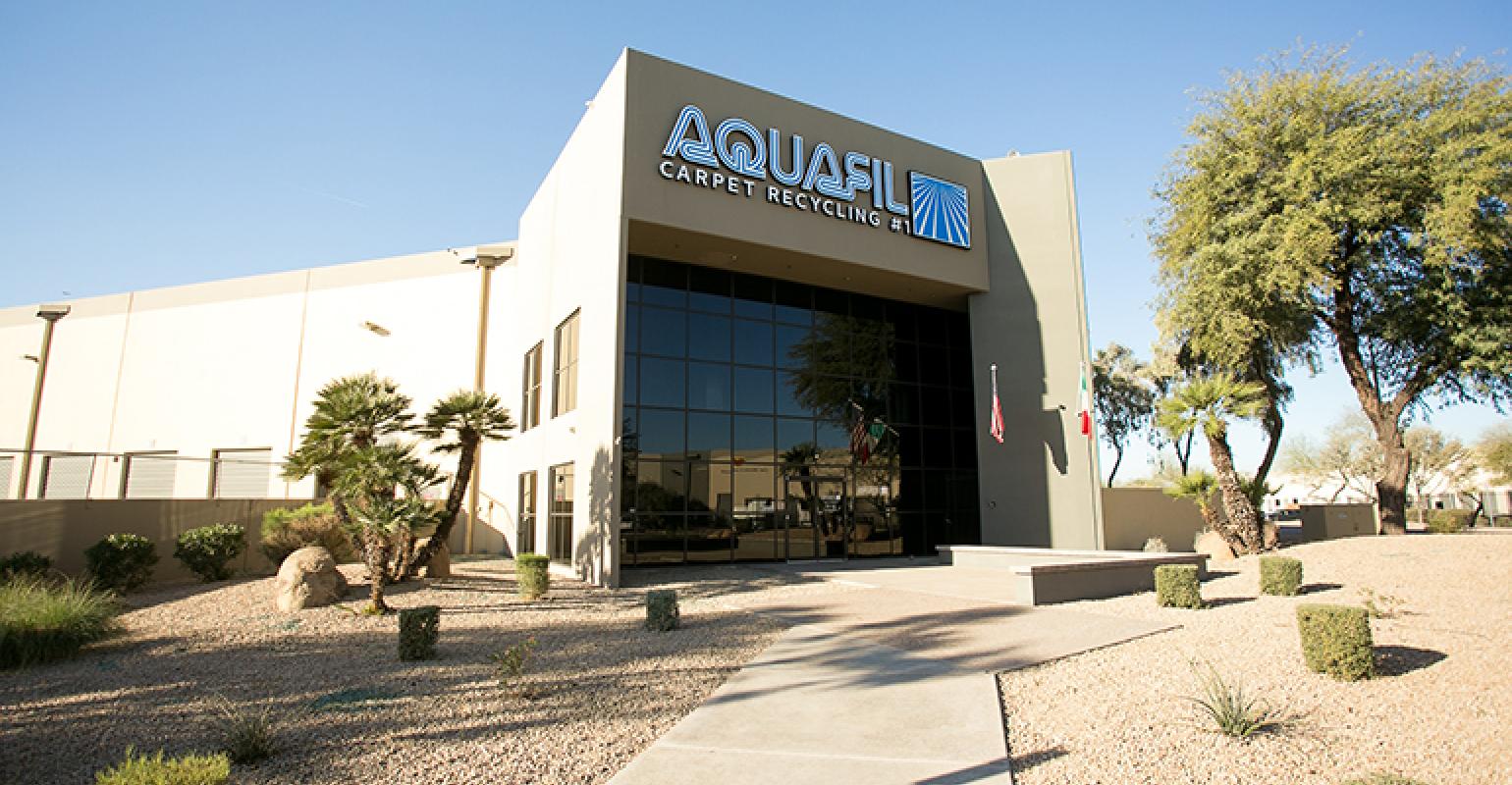 Aquafil just opened its first carpet recycling plant in Phoenix in December, marking the latest step in the company’s journey to reform the supply chain of carpets and the production of nylon fibers for fashion garments.

In the beginning, Aquafil was sheering old carpets to recover only a small fraction of them to use in its process, but the company still hadn’t maximized the potential of recycling carpets. The last step was to build a recycling facility that could recover not only the face fiber of carpets but all the components of the carpets to put them back into production.

And that was the goal behind the newly opened Aquafil Carpet Recycling #1 in Phoenix. Now, instead of sheering old carpets, the company is shredding them, and, via a process that involves water and friction, Aquafil is able to divide the carpets into their three main ingredients: nylon 6, which goes into the company’s ECONYL Regeneration System in Slovenia (EU); polypropylene that goes into injection molding; and calcium carbonate, which is used to stabilize the carpet, that goes into the road construction and concrete. 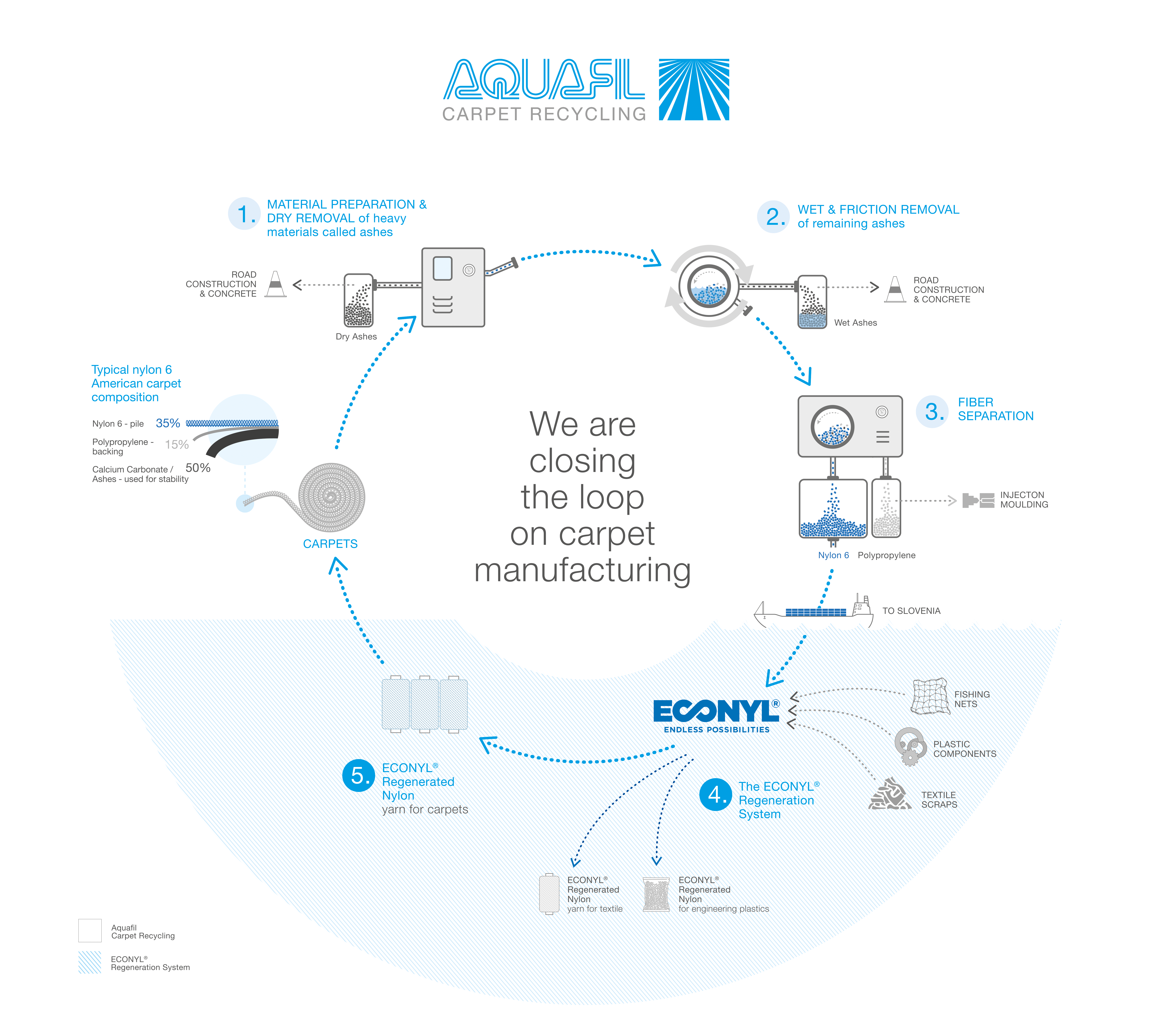 Franco Rossi, president of Aquafil USA, announced during a grand opening ceremony in Phoenix that the opening of a second carpet recycling facility in Woodland, Calif., is already underway.

“Each facility will recover 36 million pounds of old carpets each year otherwise destined for landfills and will retrieve their three main components: nylon 6, polypropylene and calcium carbonate,” said Rossi in a statement. “The nylon 6 in the form of pellets will be sent to the ECONYL Regeneration System in Slovenia to feed the process together with other waste like fishing nets or textile scraps and make ECONYL nylon for multiple uses.”

Other units, likely of a similar size, will be opened in the next few years across the U.S., notes the company.

In 2014, the carpet industry in the United States produced 11.7 billion square feet of carpet and rugs. Only 2 or 3 percent is recycled, and often the carpets are downcycled with the rest going to landfills or being incinerated.

“We relied up on our experience with the ECONYL Regeneration process set up in Slovenia in 2011 and invested $25 million to invent the machines and the process to recycle the whole carpet,” noted Rossi.

According to the company, the Phoenix location was dictated by the favorable business conditions in the area, by the presence of well-rooted carpet collectors and by the proximity of an environmentally conscious state like California.

Back in September 2010, the governor of California signed the Carpet Stewardship Act to increase the diversion and recycling of carpet in the state. The California Carpet Stewardship Program assessment is used to incentivize the development of new and existing uses for recovered carpets to increase diversion from landfill. Incentives are paid to collectors, processors and manufacturers based on the amount of recovered material.

Check out some of the photos from the newly opened Aquafil Carpet Recycling #1 in Phoenix.