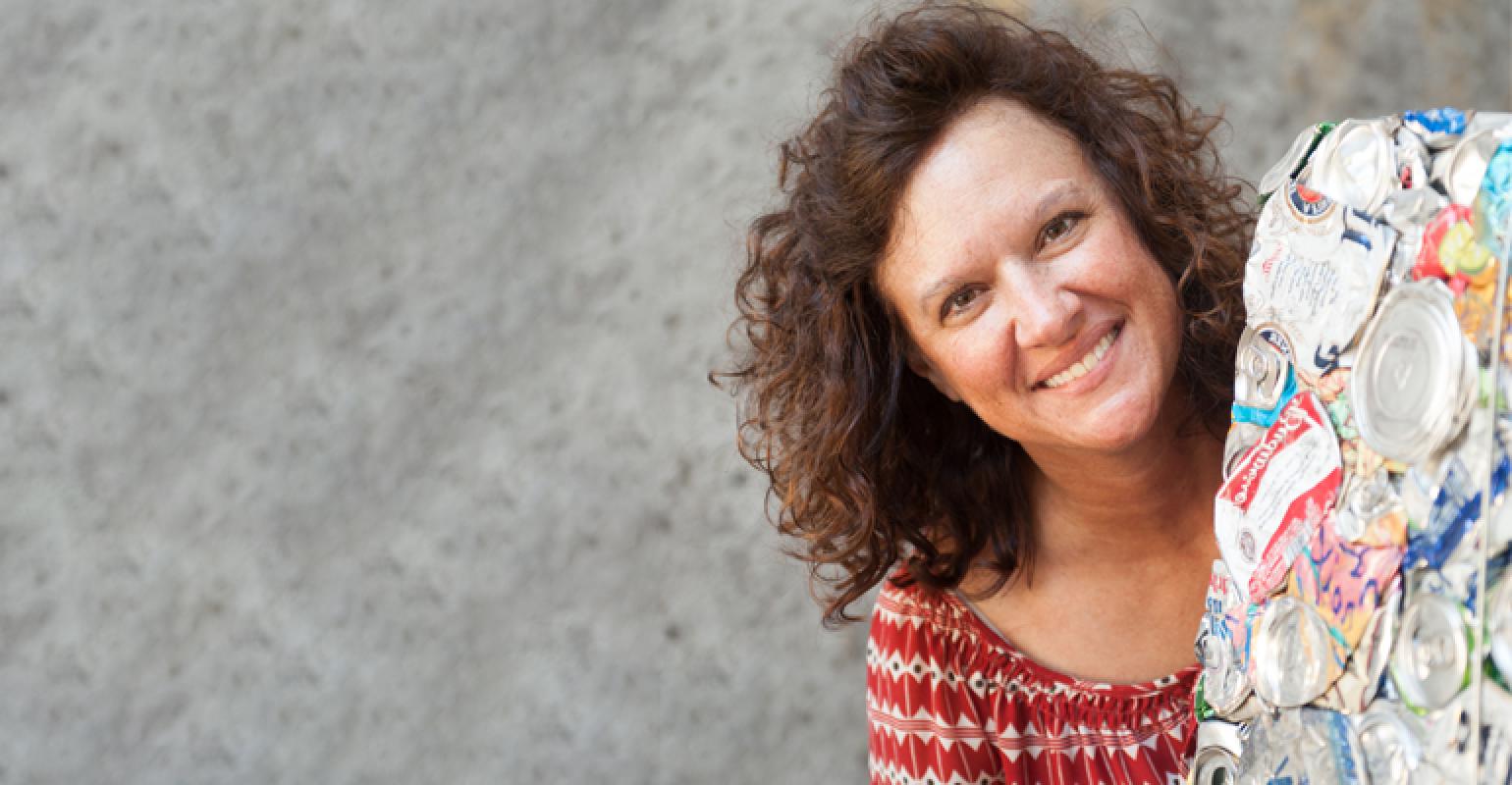 The director of Athens-Clarke County Solid Waste Department took a leap of faith in 2002 once she left her teaching career behind to explore a new venture in waste and recycling.

“Once waste gets in your blood, it’s hard to get out,” says Suki Janssen, director of Athens-Clarke County, Ga., Solid Waste Department, when describing how she began her career in the waste and recycling industry.

Growing up in Indiana, Janssen’s parents taught her about conservation ethics—that there isn’t an endless supply of natural resources—and the importance of recycling. Janssen’s father worked in the aluminum industry for more than 30 years, serving as plant manager at Novelis in Greensboro, Ga., for 18 years prior to retiring several years ago, and hired Janssen as an intern for two summers while she was in college.

“My background is teaching middle school science, but I’ve always had the bug, and I’ve always had waste in my blood stream,” she says. “I always felt like I would get back into [the industry] eventually, and I did after five years of teaching.”

In 2002, Janssen took a leap of faith and left her teaching job to become the program coordinator at the Keep Georgia Beautiful Foundation. She found out about the position opening by being heavily involved with the nonprofit Environmental Education Alliance of Georgia for several years.

In her role as program coordinator, she traveled around the state to educate communities about waste reduction and water conservation; conducted teacher workshops; established and maintained environmental education partnerships with other organizations; coordinated the annual Winning Water: Children’s Water Festival equipped with hands-on activities and an exhibit hall; and more. 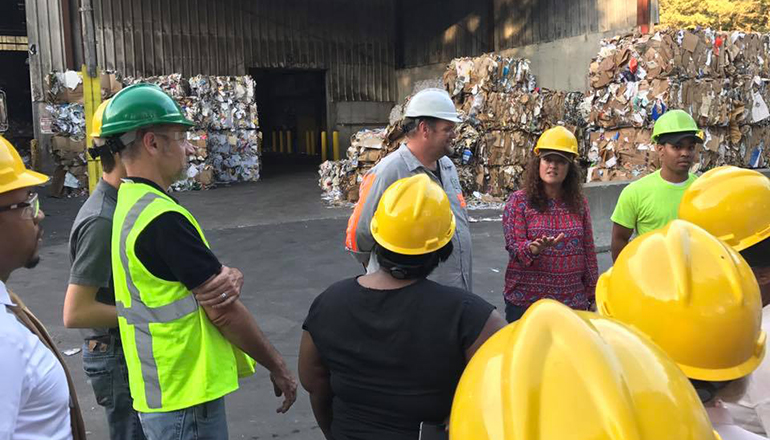 After about two years, Janssen left her role at the Keep Georgia Beautiful Foundation to become a program education specialist for Athens-Clarke County Solid Waste Department.

“I never intended on leaving Keep Georgia Beautiful, but Athens is where my husband and I first met and where my parents lived, so I didn’t want to miss out on the opportunity to be back in Athens,” she says.

“One of my proudest moments in my 10-year tenure as waste reduction administrator was bringing CHaRM (Center for Hard to Recycle Materials) to Georgia,” she says. “And one of my biggest lessons during my 10-year tenure was seeing what type of leader I would be. Leading middle school children is much different than leading adults, so it took a lot of practice, just like anything in life, to become a good leader and to get people to rally around my vision.”

As she advanced in her career, the role of director of the Athens-Clarke County Solid Waste Department opened. Janssen didn’t have any interest in the role at the time but agreed to serve as interim director until the county found someone else. 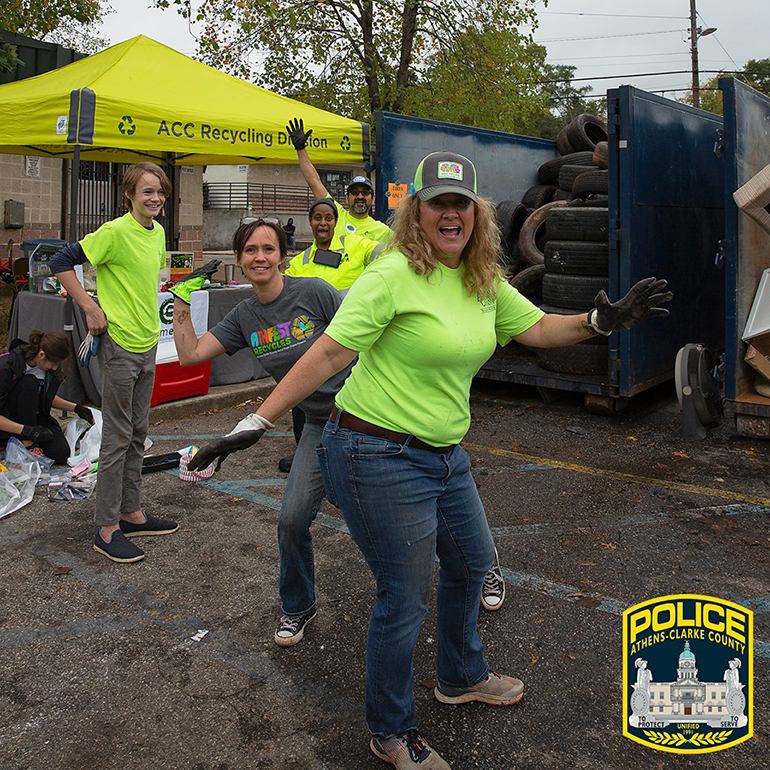 According to Janssen, the county faced a lot of challenges during that time and working through those challenges is what made her grow to enjoy the position. One of the challenges she was faced with was creating an odor management plan for the landfill, in response to two residents who had issued complaints.

Janssen decided to take the plan a step further by creating tour opportunities so people could see the county’s facilities and their operations. The county partnered with Oconee Rivers Audubon Society to put trails on its 400-acre property. The trails allow visitors to bird watch and get a better understanding of how a landfill works.

In addition, Janssen started the first vulture festival at a landfill in Georgia. The Athens Vulture Festival, which just celebrated its sixth year, embraces the area’s vultures, which Janssen refers to as “nature’s sanitation crew.”

“During the first festival, we had flight-trained birds from Atlanta so people could see a vulture up close and personal; a scavenger hunt that was a hike on our trails; group activities; music; t-shirts; food including cookies shapes like vultures and a treat called vulture vomit; and so much more,” she says. “The festival still goes on today, and it’s really a fun event for the community.”

“I’m actually working on a children’s book now called ‘There Goes The Neighborhood,’ and it’s about a turkey vulture named Heap,” she adds. “Heap’s story is him learning about why he’s important in his neighborhood. My friend’s daughter did all of the illustrations, and I’m really excited for it to be published.” 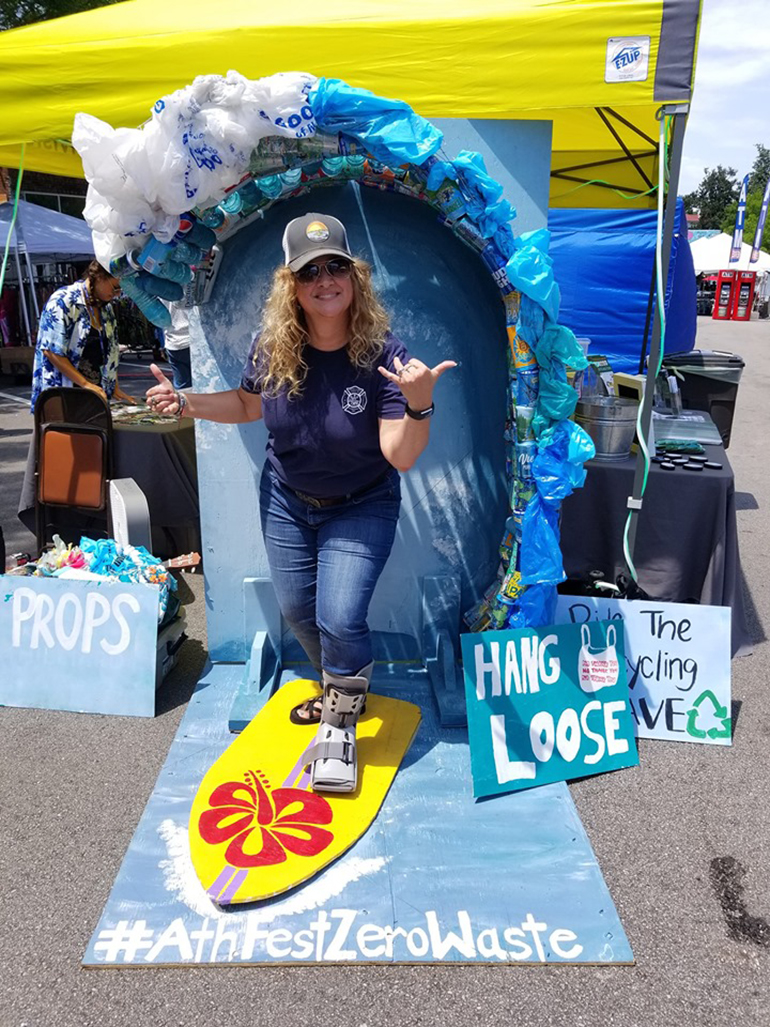 Another challenge Janssen faced is being a woman in the waste and recycling industry. She says she doesn’t like the assumptions that women don’t want to get dirty, and she also doesn’t like how the industry in general is viewed.

She reflected on a time when she overheard a teacher telling a middle school student that “if he didn’t get his stuff together, all you’re going to be good for is picking up garbage.”

“I didn’t like the comment at the time, and I don’t like it now. Handling garbage is important, and I’m challenged every day with having our industry’s workers viewed as professionals,” she says. “Our workers go through a lot of training and certifications, and municipal programs still survive today due to the excellent customer service skills that these workers have. I challenge people to come do these jobs for a day and try to operate an automated truck and pick up an entire route in one shift. These jobs require hard work, and these people are why I come to work every day.”

After about six months of serving as interim director, Janssen decided to apply and interview for the director role. She has been director for about four years, including the time she served as interim, and she leads a department of about 65 people. She plans, directs and controls the day-to-day operations of the department, which receives about 300 tons of garbage a day and has a landfill, a materials recovery facility (MRF), a municipal compost facility, about 10 recycling drop-off sites and a Keep Athens-Clarke Beautiful Foundation that focuses on beautification and litter abatement. It also serves as the exclusive hauler to Downtown Athens and offers commercial and residential refuse collection and disposal services, recycling services and leaf and limb services.

The landfill area has more than 400 acres, and the county just added two new cells that will extend the landfill’s life by about 10 years. According to Janssen, the landfill has about 40 years of life left, and then that will be the end of landfilling in Athens-Clarke County.

The leaf and limb services bring in about 7,500 tons of material annually, which is used as a carbon source for the county’s composting program. 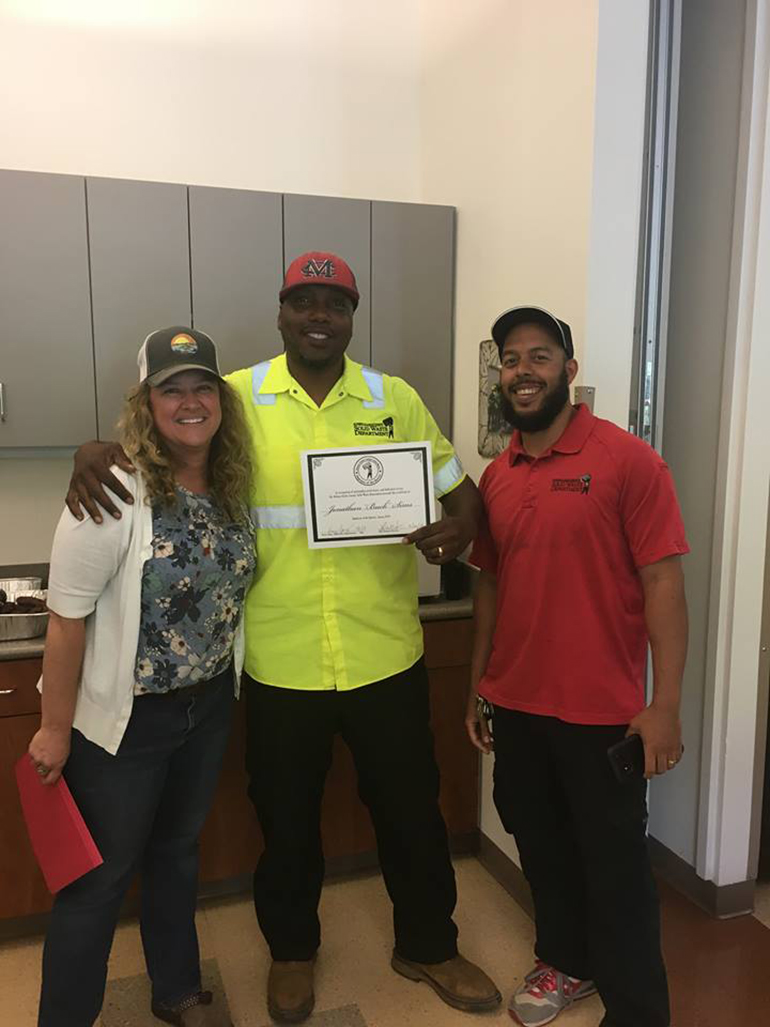 The county’s recycling arm, however, is currently its biggest challenge and something that keeps Janssen up at night. The county is seeking other vendors to contract with since Republic Services, which currently operates its MRF, won’t be renewing its contract after it ends in 2021. The county also is struggling with financing its programs.

“The hardest part right now is financing, since we have a landfill enterprise fund, a solid waste enterprise fund and general fund programs that have to cover all of our costs,” she explains.

The county aimed to meet a waste diversion goal of 75 percent by 2020, but when the markets turned about 15 months ago, the county was faced with additional costs to process, ship and find end markets for recyclable materials.

“We reached a 45 percent diversion rate, but we had to do some retraction, and some private haulers in the area stated they didn’t want to pick up recycling anymore,” she said. “I think we would be doing OK if the markets hadn’t changed. Would we have gotten to that 75 percent? No. But that’s because it’s an unfunded mandate, and it’s going to take more than just enterprise money to reach at goal. We need to get recycling out of the landfill budget, and that’s something I’ll soon be addressing with the mayor and commission.”

In addition to serving as director, Janssen is the president of the Solid Waste Association of North America’s Georgia Chapter. She was previously vice president, secretary and board member of that chapter, and in 2008, she also served as president of the Georgia Recycling Coalition.

“I can’t emphasize enough the importance of getting involved in state organizations for technical contacts, career networking, etc.,” she states. “I also think it’s important to find an internship or to volunteer when you’re first starting your career so that you can see what the industry is all about. All of these things can be very rewarding, and as long as you can handle the challenges that pop up almost daily with trash and have the ability to think creatively, then it’s a good place to be. Opportunities are there for innovative people and people who can think of a better way to do things more economically and more sustainably.”