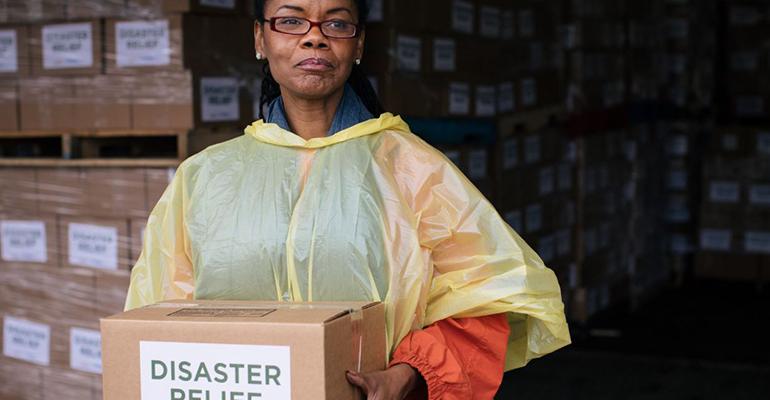 The coronavirus is causing challenges for Feeding America’s network of food banks.

Nearly 100 percent of food banks in the Feeding America network are serving more neighbors in need during the COVID-19 pandemic, yet nearly 60 percent are facing reduced inventory levels amidst rising demand. This is according to a recent survey by Feeding America, one of the nation's largest domestic hunger relief and food rescue organizations.

All 200 food banks in the Feeding America network responded to a survey between March 31 and April 1 to identify critical gaps in funds, food, volunteers and distribution. In addition to increased demand and declining donations, 95 percent of food banks reported higher operational expenses, and 37 percent reported an immediate critical funding shortfall. These unprecedented strains are hurting food banks across the country.

"Last year, USDA [United States Department of Agriculture] reported that 37 million people face hunger in America and the Feeding America network of food banks distributed 4.2 billion meals," said Claire Babineaux-Fontenot, CEO of Feeding America, in a statement. "This year, the COVID-19 crisis is driving more of our neighbors into food insecurity and putting a strain on food banks to provide more meals. Never has the charitable food system faced such [a] tremendous challenge, and we need all the resources we can get to help our neighbors during this terrible time."

Since establishing the COVID-19 Response Fund on March 13, Feeding America has distributed $112.4 million and more than 94 million pounds to food banks throughout the network, helping provide nearly 79 million meals to neighbors facing hunger.

Feeding America announced last week that an estimated $1.4 billion in additional resources will be needed over the next six months to sustain operations and continue to provide food for its neighbors struggling with hunger—a 30 percent increase to the baseline six-month operating costs of 200 member food banks nationwide.

Since the beginning of the COVID-19 crisis in March: